Response team officers were helping their colleagues in the London Fire Brigade who were dealing with a residential fire to help “ensure that nobody was inside or injured” whilst a buffoon slashed the tyres to their police vehicle.

A spokesperson for the Metropolitan Police has condemned the mindless actions of the numpty responsible for taking the immediate response vehicle out of service.

It a tweet shared on the @MPSCamden twitter feed, a spokesperson said “[callsign] CN42 attended a flat fire in Archway earlier.

“Whilst working with @LondonFire trying to ensure nobody was inside or injured, 2 tyres were damaged.

“The car is now off the road, reducing the emergency policing response we can provide in Camden & Islington”.

Speaking to reporters from the Standard.co.uk, Camden Police said: “The London Fire Brigade crew also said they thought that the young lads hanging around were also trying to steal from their appliances.

“So one of the firemen had to go back and sit in it, meaning they couldn’t work with the other firemen.”

The response team officers joined 25 of their London Fire Brigade colleagues at the fire in St John’s Way, Archway, where a first and second floor of a four-storey block were damaged by the blaze.

The fire took over an hour to bring under control and there were no reports of any injuries.

Hopefully karma will be waiting for the buffoon who slashed the tyres of the Met Police vehicle the next time they are in urgent need of help from the emergency services.

Thats the great thing about karma; its patient…… 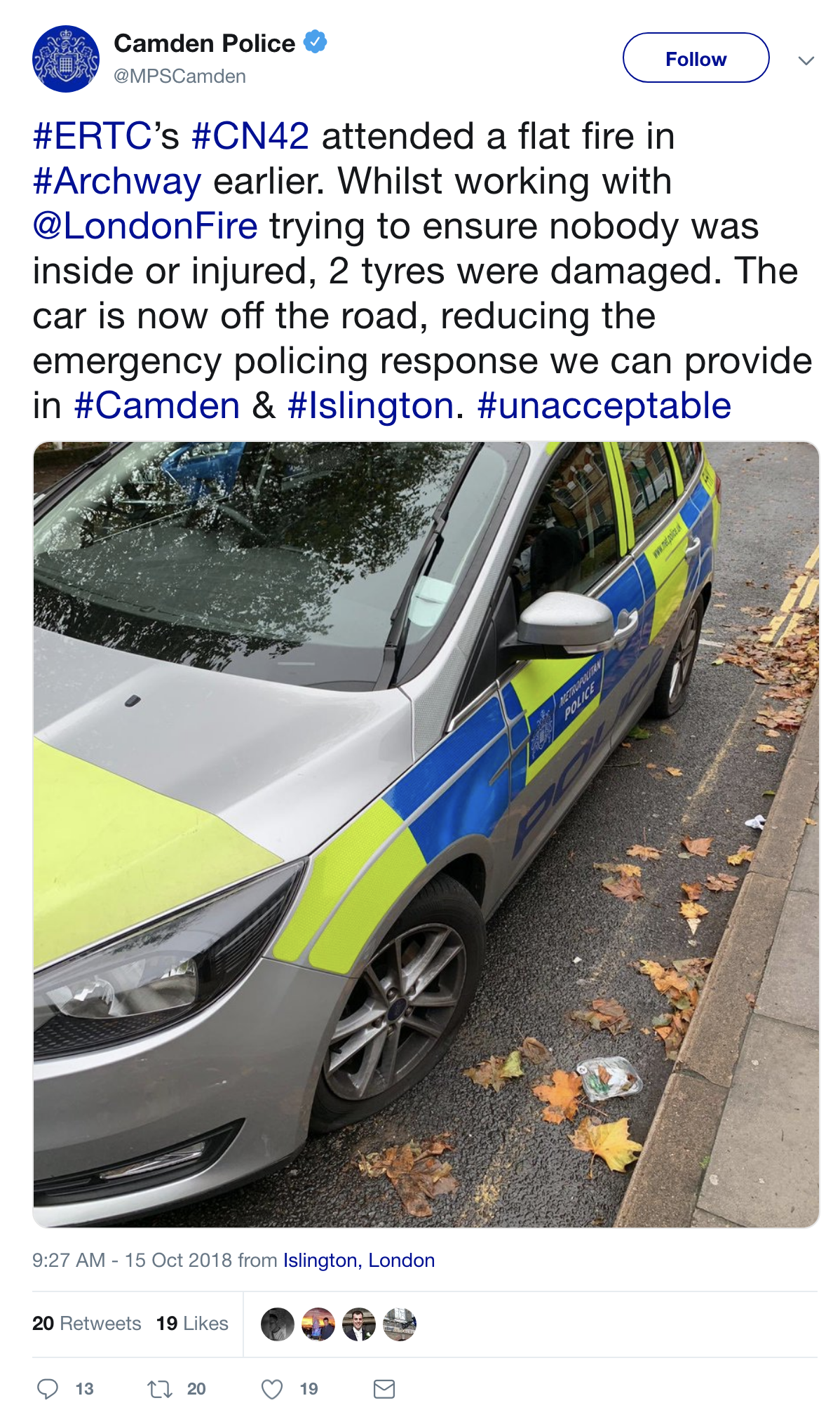 Many people shared their disgust at the actions of the mindless thugs who damaged the police vehicle: 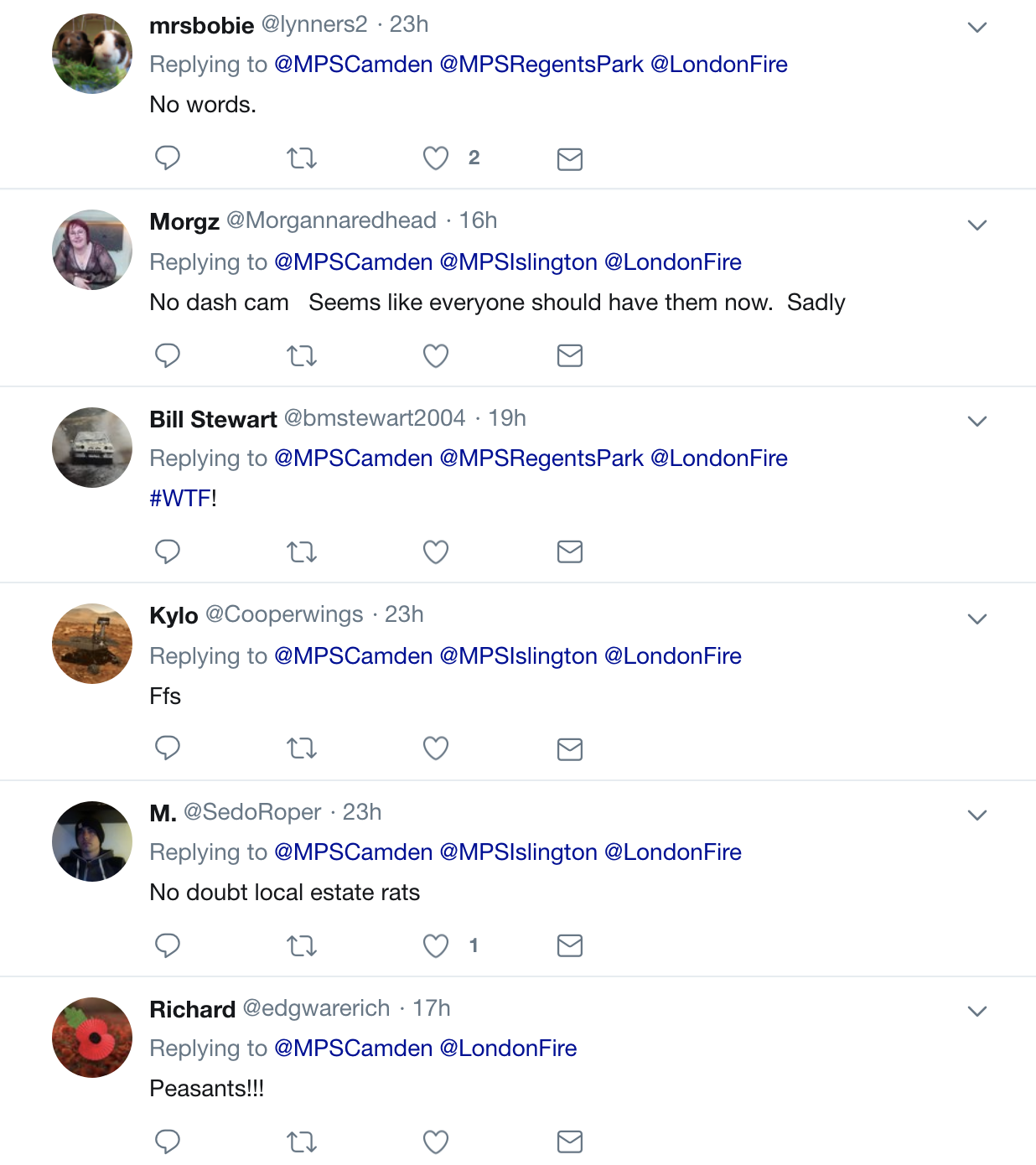