St John’s Ambulance volunteers In Southampton are coming to terms with the fact that one of their valuable assets, a Mobile Treatment Centre has been torched by mindless vandals.

The incident is thought by Hampshire Police to be connected to a recent spate of at least 13 arson attacks in the last 3 weeks. Hampshire Police want to establish the identity of the male in the featured article image in relation to the mindless and senseless attacks.

It’s a miracle that no-one has been hurt as the majority of these fires have spread quickly to adjoining properties.

‘Only a few of the incidents have caused minor damage. The rest have caused a significant loss of property.

‘Officers have been conducting enquiries in the local areas affected by these incidents and have encouraged residents to report anyone acting suspiciously to 999.

“We have seen several vehicles, caravans and motorhomes been completely burnt out as a result of these fires. More recently, the fire has spread to a house and endangered people’s lives.

“We would urge anyone who owns a caravan or a motorhome not sleep to in it whilst parked outside your house or on your driveway.

“Make sure it is secure and locked and remove any gas canisters and any other potentially flammable household items and materials.

“We have images of a person we would like to trace captured from the cameras on the fire engines that have been called to the scene.

“This person has been in the area at the times the fires have been reported and watched the emergency services.”

In one of the most recent attacks, a Mobile Treatment Centre belonging to St John’s Ambulance was set alight causing considerable damage which will probably result in the vehicle being written off.

‘We’re devastated to have lost one of our @stjohnambulance Mobile Treatment Centres following a recent spate of #arson #attacks in #Bitterne #Southampton.

‘Our volunteers are still coming to terms with how people could do this to a valuable community asset.’ 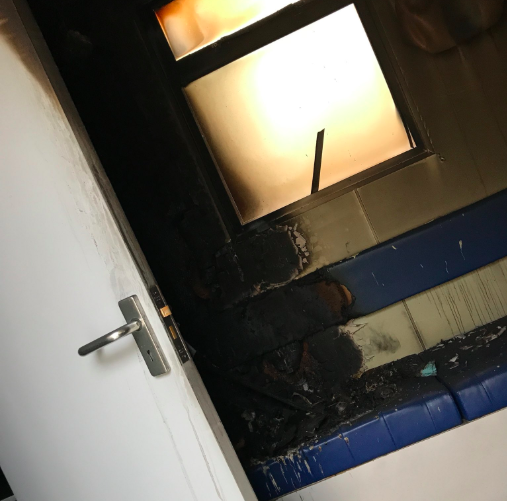 Mobile Treatment Centre’s are an invaluable resource for St Johns Ambulance volunteers and help to take the pressure of off local ambulance services when they are deployed during large events or during critical incidents.

Each mobile treatment centre costs tens-of-thousands of pounds and volunteers are already talking about putting a fundraiser together in order to try and replace the asset. 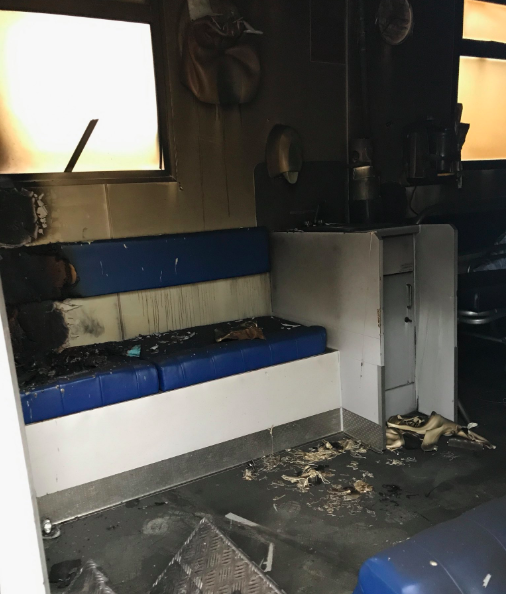 The statement on Hampshire Police’s website finishes by saying:

“Do you recognise their clothing (see below)?

“We would like to speak to anybody who recognises the person in these images. We know they are grainy pictures, but someone might know this person. If you do, please get in contact.” 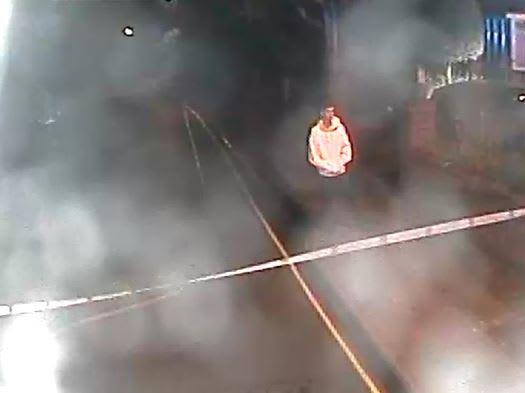 A local St John’s Ambulance Service volunteer, who asked not to be named, told us:

“It’s just upsetting when you volunteer and the hours you put in to the charity are taken away by mindless violence”.

‘Every year, more than 400,000 people learn how to save a life through our training programmes, including hundreds of thousands of young people.

‘Our volunteers provide first aid in their communities, keeping people safe at events, and working alongside the NHS in response to 999 calls.

In response to the attack on one of their vehicles, Rachael Collins (@Rachael_RYDO) , Regional Youth Development Officer and Unit Manager said:

‘I have no words.

‘Every vehicle we have is an asset.

‘We can accept when they are old and break, or move to a different area, but to lose one like this is just sad.

‘If the unit need help replacing anything.. Caterham in Central are happy to help with fundraising #TeamGreen’

If you know anything or you have an idea as to the identity of the male featured in the image above, then please contact your local police on the dedicated non-emergency number 101 or you can speak to Crimestoppers, anonymously, on 0800 555 1111. 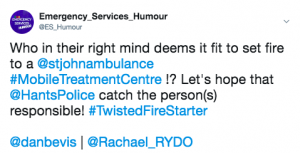