What Does All Of The Negative Coverage In Today’s Press Tell Us About The Police? Sod All, Thats What

Here at Emergency Services News, we have various ‘tools’ at our disposal which allow us to keep abreast of various emergency-services-related stories which are being covered/written by the mainstream press.

Just as a recap, Emergency-Services.News was started several months ago because we grew sick-and-tired of the emergency services being misrepresented by some sections of the civilian press who have never spent one day in uniform.

None of us have studied ‘journalism’ and in fact, I didn’t even get a GCSE in English! (long story). But I/we do have something very vital when it comes to the emergency services, NHS and indeed the military: EXPERIENCE.

Since we launched Emergency-Services.News (and .Media), our articles have been read around 800,000 times which isn’t too bad considering we started only around 5 months ago.

We also started our ‘news’ website, because we wanted to show our civilian readers the human side behind the uniform – the side that ‘officially’ does not exist.

Each member of our international team either has, or still is, serving in the emergency services which is important as we have actually experienced what we write about.

So you can imagine how our eyebrows (and monobrows) started rolling once our internet ‘tools’ started indicating to us that some sections of the civilian media were starting to quote crime statistics in loads of articles which seemed to imply that the police ‘can’t be bothered‘ anymore to ‘chase’ criminals.

Here are some of today’s headlines (with due credit given): 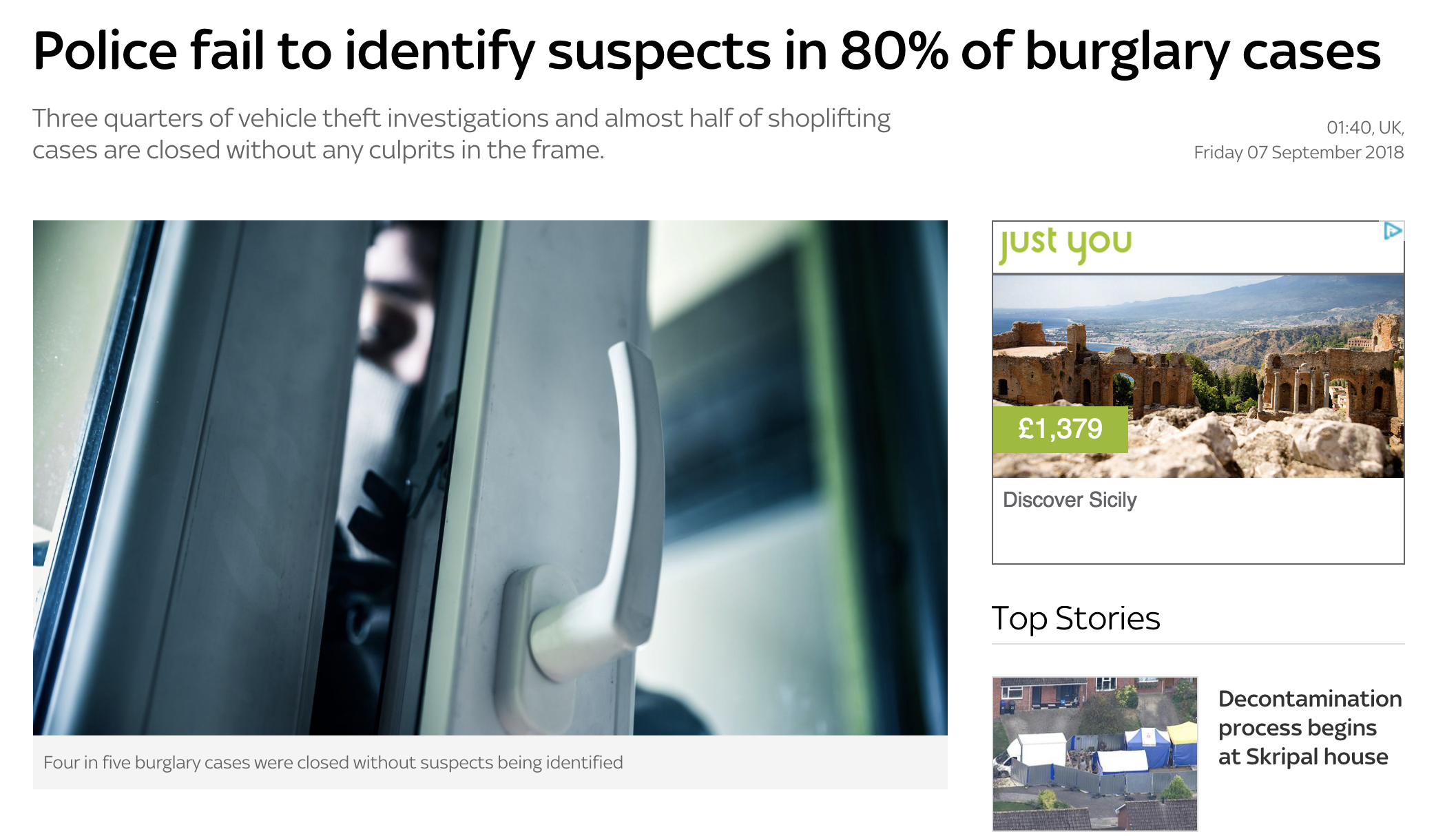 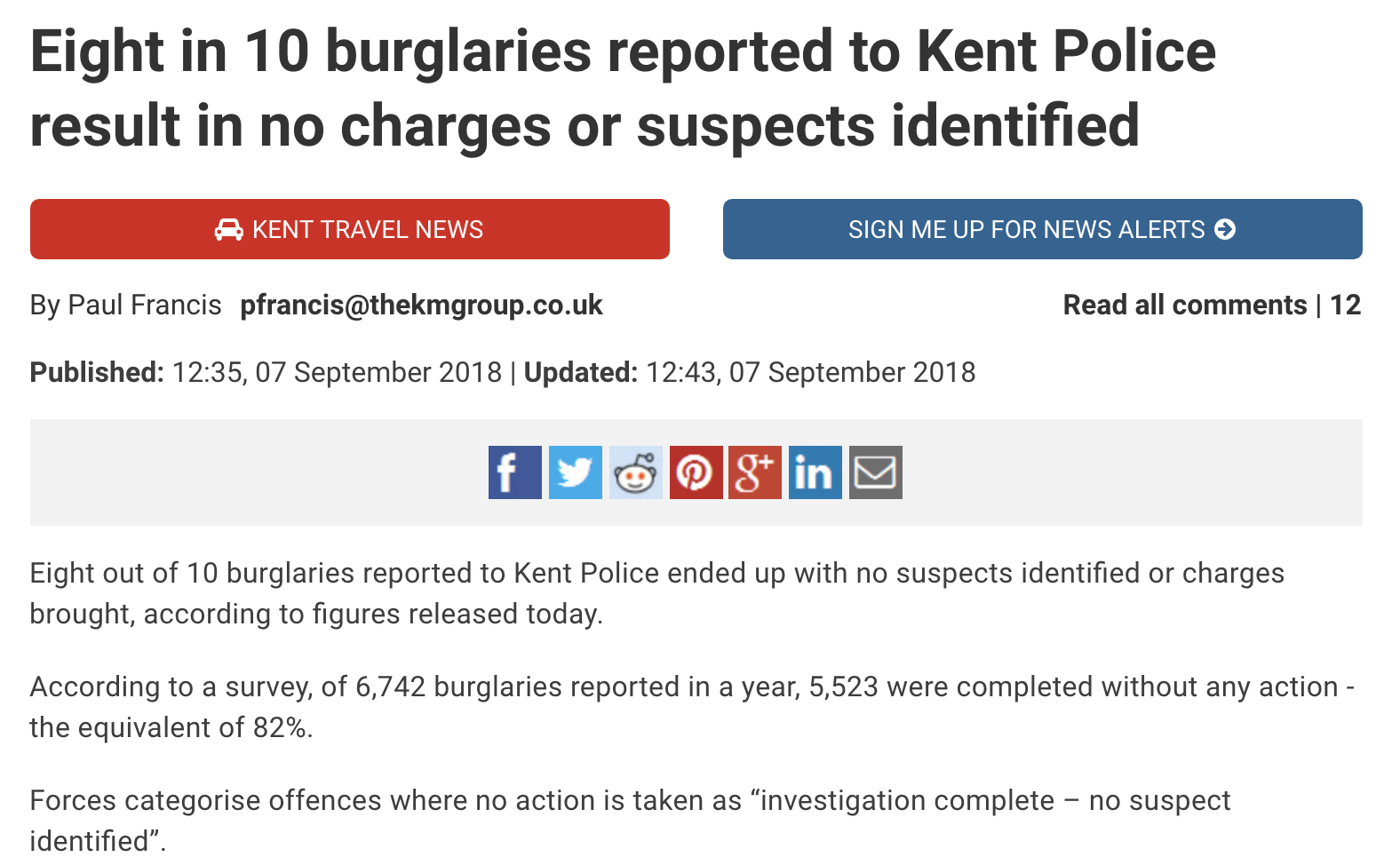 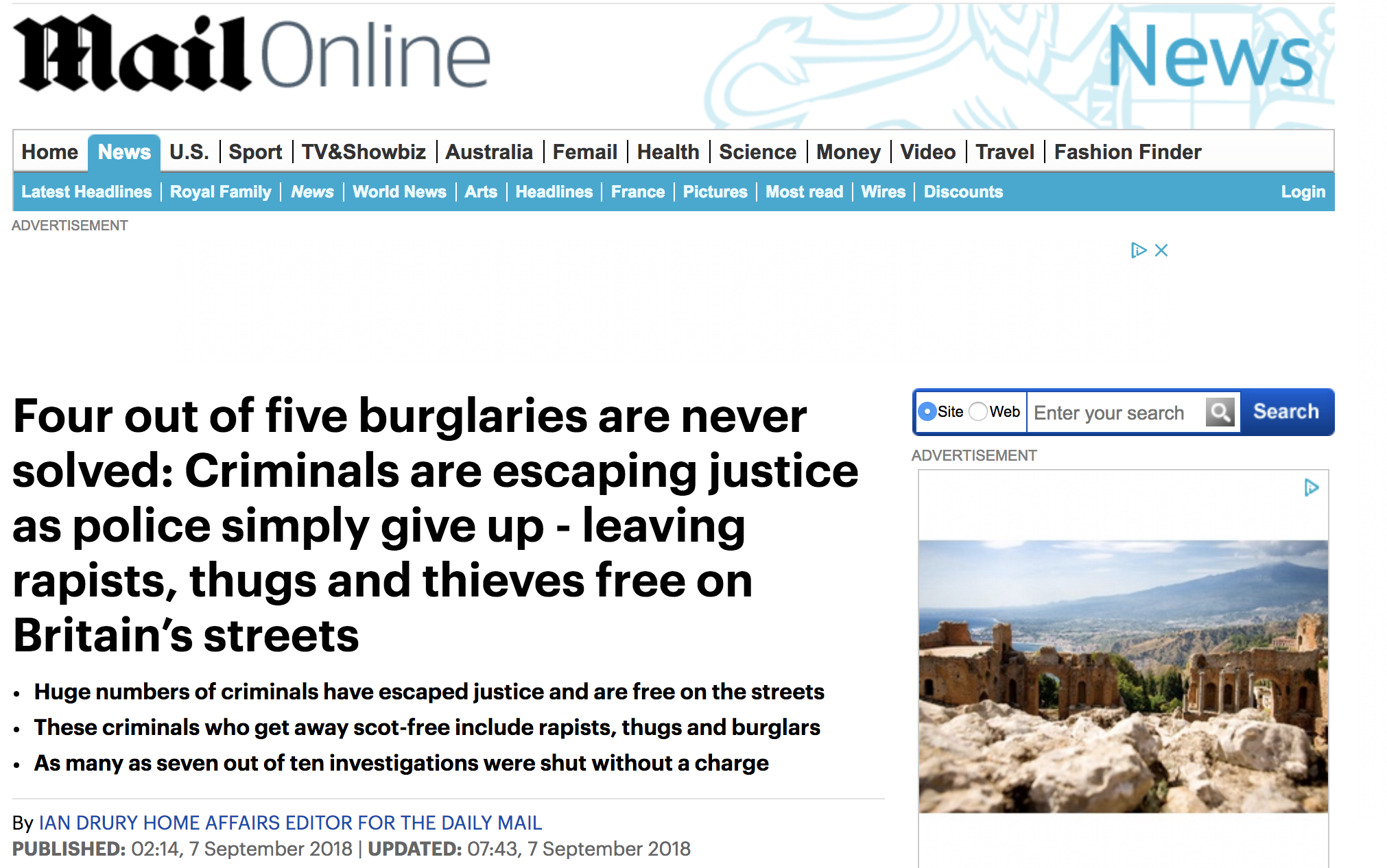 You would be forgiven for thinking that, as an example, having read these articles and then being a victim of a burglary, that the police are going to sod all about it.

That’s not the case.

When you report a burglary, then it WILL be investigated, as all crimes are (based on the information that you give to the police when reporting a crime).

And when I say ‘burglary’ I am talking here about someone entering your property, who shouldn’t be there, and taking ‘stuff’ which does not belong to them.

I am not talking about the homeowner who reports a ‘burglary’ because they came home and their window was open, because a gust of wind opened it, but who is adamant that rather than forgetting to shut their window, then it MUST have been a burglar.

I am not talking about the ‘burglary’ where squatters have phoned the police to say that one of their fellow squatters has taken their cannabis grinder.

Neither am I talking about the ‘burglary’ that has been reported by someone who suffers from paranoid schizophrenia.

You might wonder why I am using these above examples.

Well, each of the above scenarios COULD be recorded by the police as a ‘burglary’ when, in fact, they aren’t really burglaries. But the police do not get a choice – often they HAVE to report this hypothetical scenarios as burglaries.

The scenarios above will still make it onto the ‘database’ as burglaries and this hypothetical ‘database’ is the same sort of ‘data’ that is being used to try and tell you that the Cops can’t be bothered to investigate burglaries.

If you are burgled, and there IS EVIDENCE AT THE SCENE WHICH CAN BE INVESTIGATED then it WILL be investigated. If there is not any evidence that can be investigated, then that’s because the burglar is ‘good’ at their job and NOT because the police are bad at theirs.

The investigation might not happen at a pace that you would want it to, but ask any Police Officer just how many crimes they are trying to investigate at any one time, and the response will shock you.

And what if there IS no evidence? Unless you have actually spent any time with a burglar, then you will not realise just how switched-on some burglars really are.

It’s easy, whilst being sat in the comfort and safety of an office, to build up a picture in your head of all burglars being stupid – but this is not the case.

Burglars are good at what they do. They do not (often) make mistakes which means that they will leave a trail of evidence behind them.

What the hell are the police supposed to do then? Summon a psychic with a crystal ball and demand that the perpetrators be identified?

Ask the criminals who burgled the property to come forward and give themselves up? Yeah, sure.

It’s also not the fault of the police that when the suspects are caught, then they are let back out on the streets again.

The thing is, it’s easy to write about the police having not spent one minute in policing. Some journalists think that they know everything about policing, because they have watched all of the ‘Police Interceptor’ episodes.

Do they really think that what gets shown on these documentaries is a true reflection of how hard policing is?

The answer, in my eyes, is pretty simple:

All the friends and family members of, in this example, burglars, should hand their friends and relatives in.

Anyone convicted of a burglary should spend at least five years in prison and then when they come out, they should spend the next ten years on a tag.

The number of burglaries would soon start to dwindle.

I have faith in the general public and I know that most of them WILL realise that a few soundbites and the regurgitation of statistics won’t hoodwink the masses.

I also have faith, that most members of the public, when they read stories which have not been subject to scrutiny WILL know that they are witnessing the ‘art’ of selective reporting.

It actually makes me laugh how some reporters seem to think that a burglary happens like this:

A) Someones house gets burgled.

B) The burglary suspect leaves his or her ID / DNA at the scene (or maybe a business card if they have one).

C) The police identify the suspect, because of point ‘B’, but can’t be arsed to arrest the suspect, even though the suspect MUST be waiting at home for them.

As stupid as this sounds, its the only logical conclusion that I can draw having read some of the articles which have been published today.

If ever you wanted an example of irony, then this could be it.

Written by one of the many admins of Emergency Services Humour. 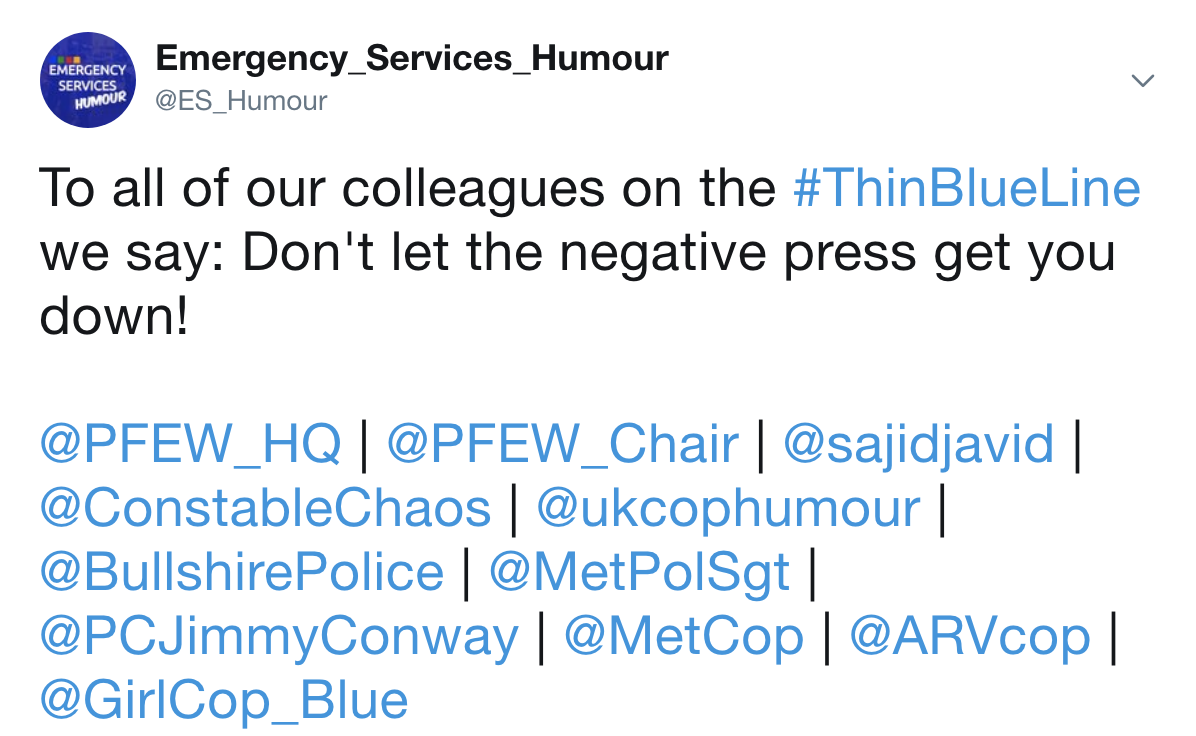