That’s why it is great that the emergency services, in this case West Midlands Police, are allowed to show their respect for our war dead by displaying the red Poppy on their marked vehicles.

Remembrance Day is about exactly that: remembering those who lost their lives in conflicts they were sent to fight in.

‘A fleet of traffic and motorway police vehicles have had poppy stickers fitted to them to mark the upcoming centenary of the World War I armistice.

‘The force’s traffic and Central Motorway Policing Group (CMPG) will feature the stick-on poppies on all of its marked patrol cars and motorcycles in the lead-up to Remembrance Day on November 11.

“We will be displaying poppies on the bonnets of our police vehicle over the next few weeks.

“We see it as our way of paying tribute to those that gave their lives in conflict, and still do to this day, and we think it is a fitting way to remember the many police officers who would have served in the war. We will always seek to strive to find a way of remembering those fallen without yielding from the challenges of policing today.

“It’s obviously particularly poignant this year with it being the 100 year anniversary of the end of the First World War.” 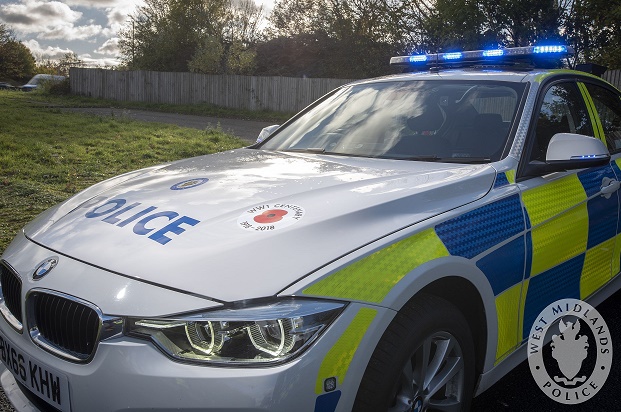 The stickers have been have been donated, free of charge by a local business.

West Midlands Police is commemorating the 100 year centenary with a series of events including the unveiling of a new roll of honour for the police officers who died while serving in the two World Wars.

The roll of honour, commissioned by the police museum, will be unveiled at the Lock Up on Steelhouse Lane on Friday 9 November.

If you would like to buy any Poppy Appeal memorabilia for remembrance day, then make sure that you buy your stuff from the official Royal British Legion on-line shop or from any of their official fundraisers.

Here is a link to their on-line store –>

If you have been told that you are not allowed to display the red poppy whilst at work, then get in touch with us either via our Facebook page or anonymously using the email address below

FANTASTIC: A fleet of traffic and motorway police vehicles have had poppy stickers fitted to them to mark the upcoming centenary of the World War I armistice. Read more here: https://t.co/kgrpfUhdCx pic.twitter.com/JB9LXF2fRo