Not only did this male put the lives of innocent motorists at risk by failing to stop for the police, but he also put the lives of hundreds of train passengers at risk as well by driving through a level crossing barrier JUST before a train hurtles by.

In the footage released by North Yorkshire Police, Shane Hughes, 41, from Halifax, can be seen driving through the barrier and then abandoning the ambulance before making off on foot.

Hughes led officers on a chase for 37 miles before abandoning the decommissioned ambulance on the railway tracks at Kildwick, North Yorkshire, on 13 July.

The video, shot on the dash-cam of a police car, shows Hughes tearing the wrong way around a roundabout as he is followed by police.

After crashing through a barrier and stopping on the railway line, he is seen running away from his vehicle as a train rapidly approaches at 70mph.

Officers frantically wave to try to warn the train driver of the danger ahead as the three-carriage passenger train thunders past blasting its horn, narrowly missing the getaway vehicle. 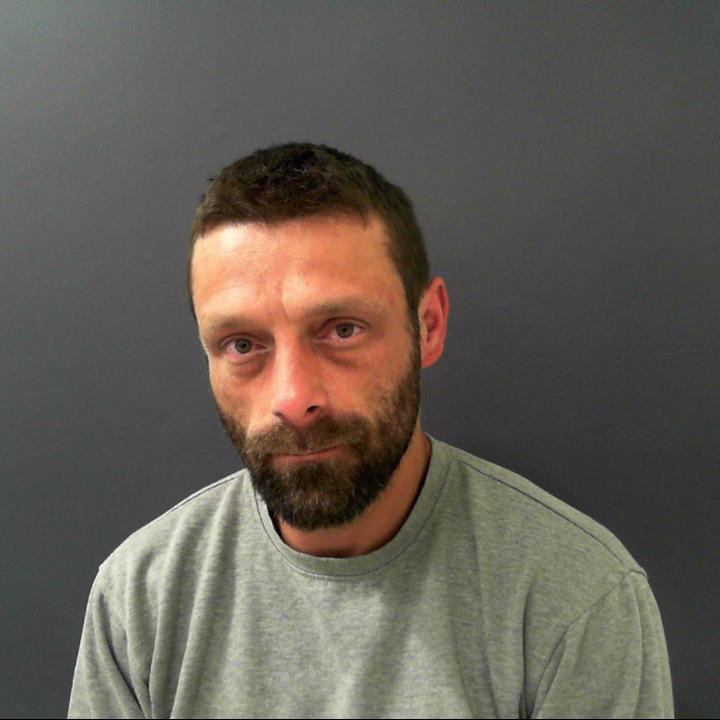 On 20th November, Hughes was jailed for 22 months and banned for driving for six years and 11 months.

A judge at Bradford Crown Court said it was the worst case of dangerous driving he had ever seen.

He pleaded guilty to a number of driving offences and a charge of theft.

“On the day of these offences, Shane Hughes put numerous lives at risk and could have caused untold carnage.

“His actions were totally irresponsible, illegal and focused entirely on himself with no thought whatsoever for the safety of anyone else.

“The sentence handed to him today shows that the courts, as well as the police, are determined to keep North Yorkshire’s communities safe by getting offenders like Hughes off our roads.”