Vile Person Spits On Police Car Parked Outside Of Hospital – Thanks For The DNA!

It is often the case that people who tend to ‘hate’ the police are not endowed with a lot of common sense. As is clearly shown here by virtue of the fact that a vile person decided to unload a hefty amount of spit on this police car.

The vehicle was parked outside of Heartlands Hospital in Birmingham. When Officers returned to their car, they were greeted with confirmation of the fact that there are people out there who like nothing more than to share their bodily fluids with police officers (or, in this case, their vehicles).

Thankfully, the DNA of the vile individual who did this will be in abundance – and maybe a quick deployment of a DNA kit will help the police to identify the individual who wanted to share their rancid spit with the innocent police car.

On a more serious note, let us imagine that the police were at the hospital because they had just taken a statement from a victim of a serious crime.

Or let’s imagine that the police attended the hospital after calls for help from hospital staff who were being attacked by an angry patient.

Or let’s imagine that the police were at the hospital to take a child into care who had been physically abused by its parents. 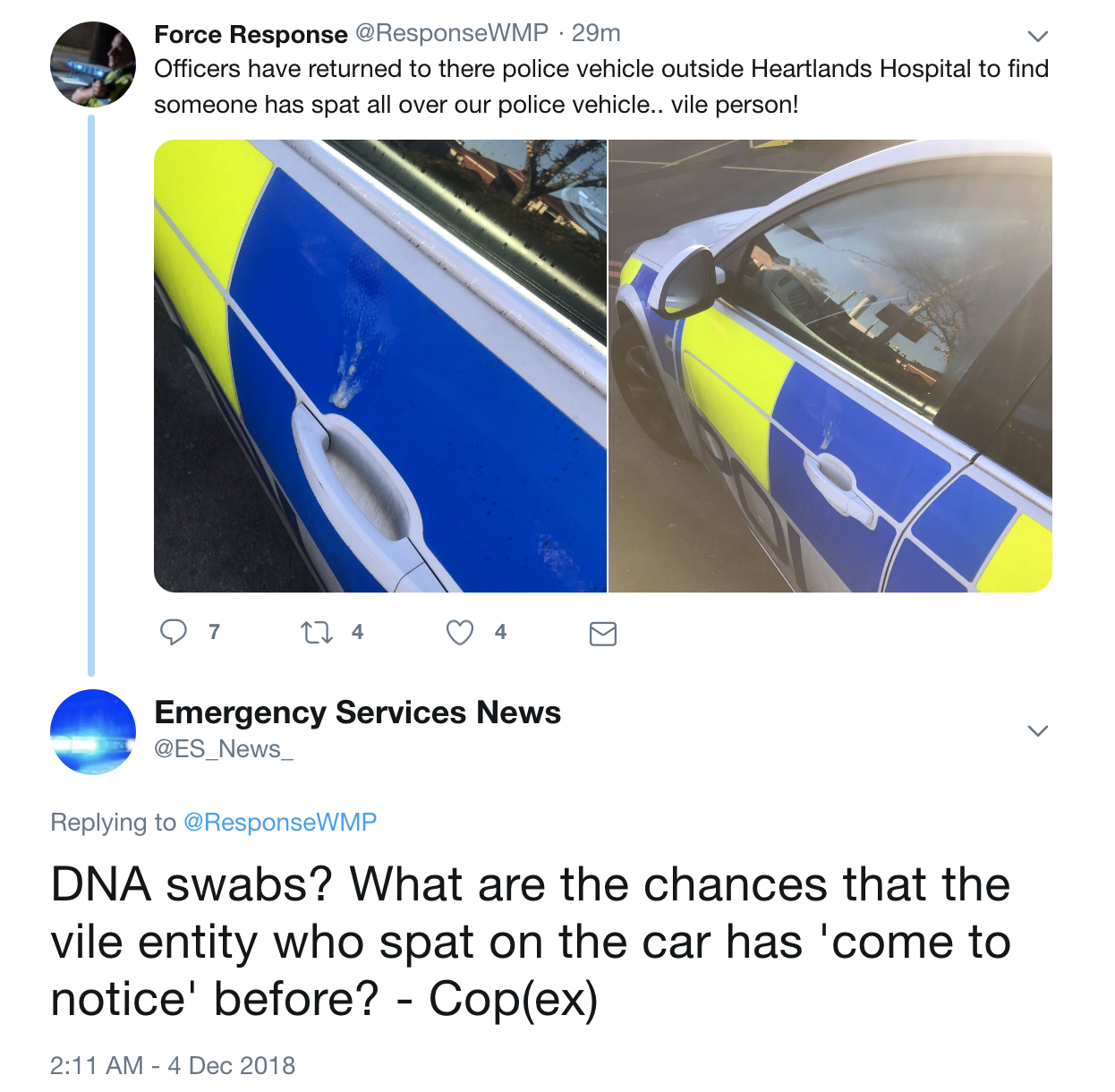 Imagine how the police officers would have felt to return to their vehicle only to find that someone had saw fit to spit over their car?

But vile acts such as this one can really make a police officer think “Why do I bother” if, for example, they have returned to their car having dealt with a particularly harrowing incident/call.

If you do not like the police then please, keep your rancid spit in your own body and stop polluting the atmosphere with your hate. 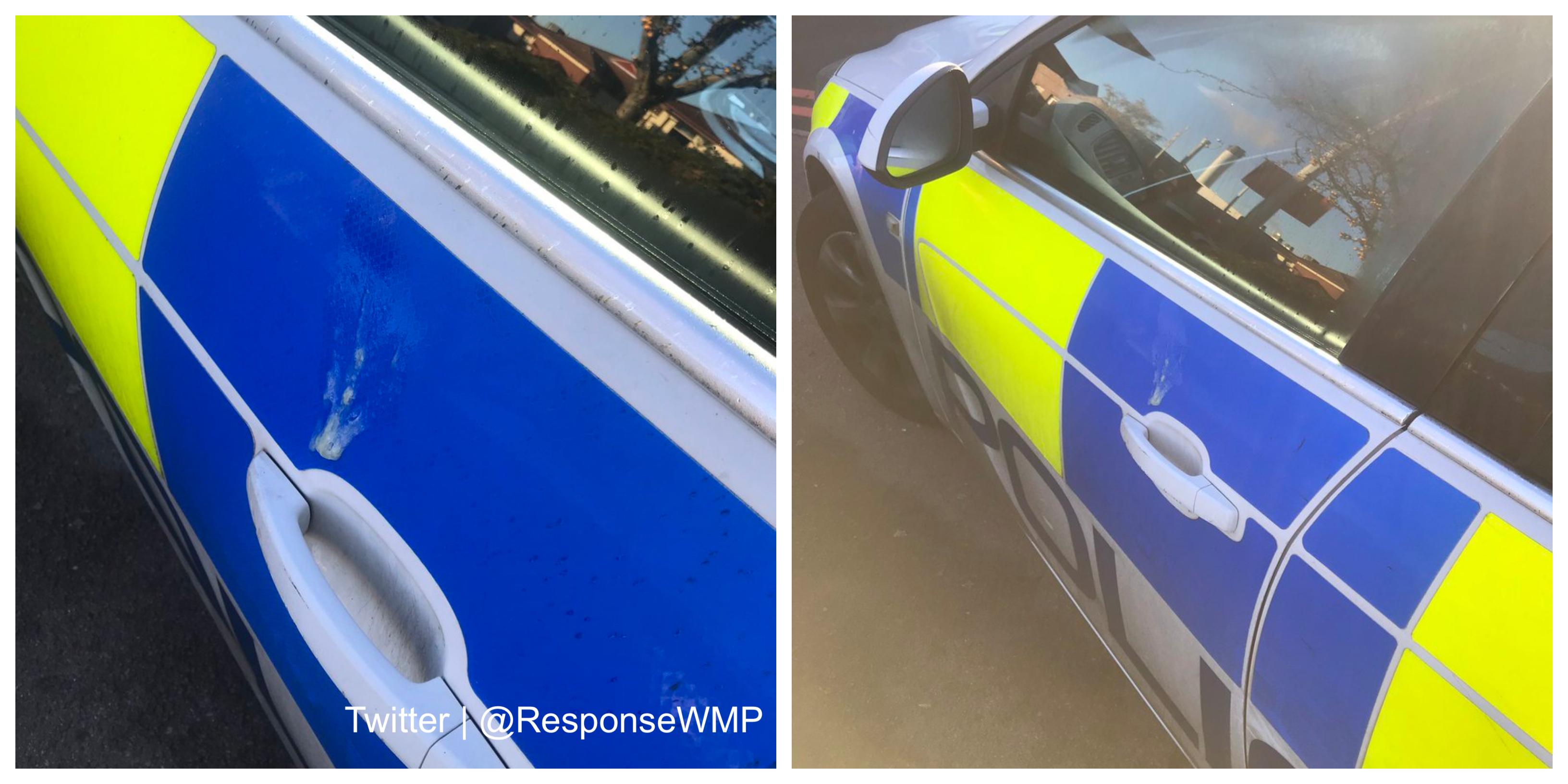