In Rugby, on 15 September, Daniel Porter, 37, of no fixed abode but residing in Rugby, head butted an officer who was trying to arrest him for recall to prison.

This caused a minor injury to the officer’s nose.

Appearing at Coventry Magistrates’ Court on Wednesday (17 October) Porter pleaded guilty to assaulting a police officer in the execution of duty.

He also pleaded guilty to assault in connection with an incident in Rugby on 20 August. He was sentenced to 12 weeks in prison and ordered to pay £115 costs.

In a separate incident in Manor Court Road, Nuneaton, on 30 July, Jack Clark, 22, struck an officer with his car when he drove off as the officer approached his vehicle.

The officer suffered an injury to his hand.   Appearing at Warwickshire Magistrates’ Court on Monday (15 October), Clark, of Ombersley Road, Birmingham, pleaded guilty to assaulting a constable in the execution of his duty.

He was fined £150, ordered to do 60 hours unpaid work, given a rehabilitation order, and disqualified from driving for 6 months.

“As police officers we accept that we are going to put ourselves in dangerous situations in order to protect the public.

“This is our job; being assaulted is not part of that job.

“There is a clear message, if you assault a police officer or any other member of the emergency services we will arrest you and you will be prosecuted.”

According to statistic recently published on the Gov.UK website, in 2016/17 there were: 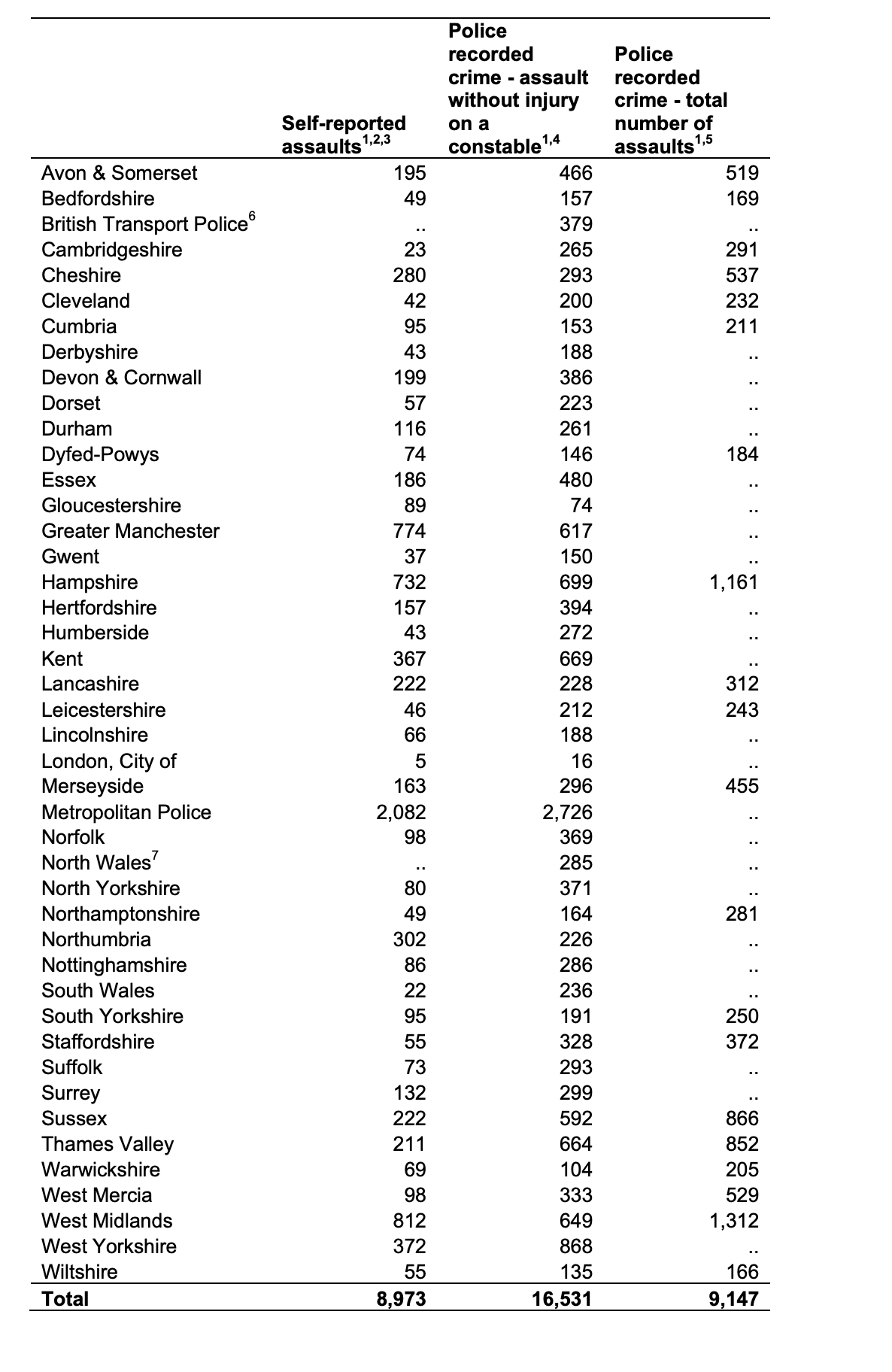