At this stage, it is not believed that any of the injuries sustained by the officers are life-threatening.

The Daily Mail reported that officers had been sent to deal with an incident at Liverpool Road, Islington, at around 22.45 yesterday (6th October) evening.

There are conflicting reports in the mainstream media as to whether 2 or 3 officers were injured and the Met are yet to release a full statement on the horrific incident.

It has also been reported that three males were arrested at the scene in connection with the incident.

“Officers attended and were met with hostility. 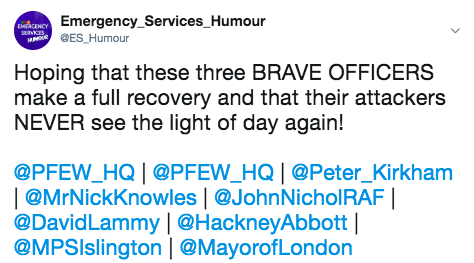 Videos have been popping up on Twitter of police vehicles arriving at the scene but not much else is known at this stage.

The Mirror has reported that the officers had been attempted to break up a fight at a residential address when a crowd became hostile towards them.

Around 30 officers were reported to have been called to the location after the incident became a life-threatening one for the officers who were at the scene. 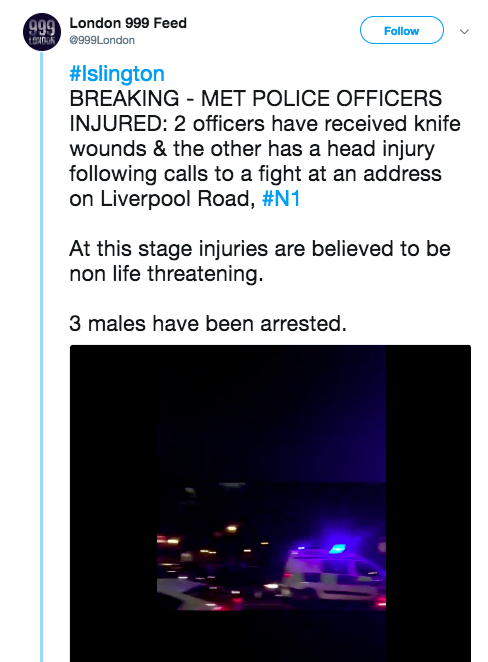 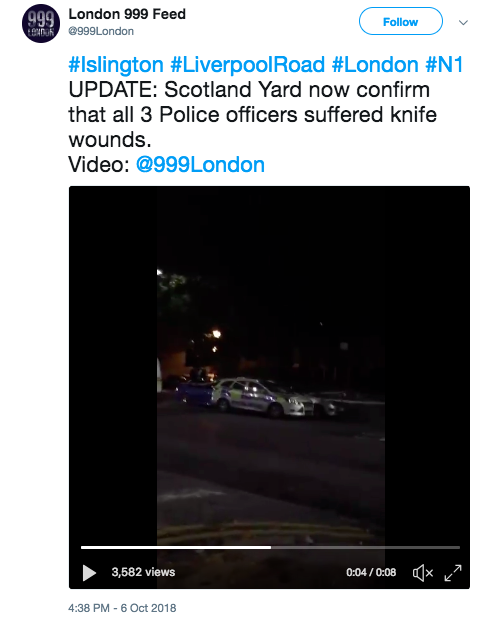