Not only have police officers in Scotland managed to secure an immediate 6.5% increase on their pay, but that have also managed to get this increase backdated to the 1st September, 2018.

This means that ALL officers below the rank of Assistant Chief Constable will receive an immediate and considerable increase in their salaries.

The Scottish Police Authority said that the well-brokered deal will cost an extra £125m between now and when the pay of its officers is due to next be reviewed (31st March 2021).

A police officer with around 9 years service will now see their salary increase by around £2,300 per annum equating to around £6,000 over the next 30 months.

Not only will officers receive this immediate increase to their salaries, but the agreement also addresses officers concerns in relation to pay progression.

And the agreement also includes a commitment to resolve working directives in relation to attending court dates following a nightshift.

At the moment, officers are expected to, for example, complete a set of five shifts, made up of 2 day shifts and 3 night shifts and then also attend court straight after their last night shift.

It is wholly unfair to expect police officers to finish a set of shifts and then to expect them to hang around in court all day, just in case they are required to give evidence in a case where, for example, their only role was to drive a detained person from the scene of an incident back to the police station.

Many police officers end up having to sleep for one or two hours in their private vehicles in order to try and get some sleep before attending court following a night shift or before driving home having attended court after their last nightshift.

Susan Deacon, Chair of the SPA, told the BBC:

“I am pleased that through constructive dialogue we have reached agreement on an investment in pay that recognises the significant and valuable work that our police officers do in keeping the people of Scotland safe.

“Police officers represent a substantial portion of the police workforce and budget.

“This deal over a 31-month period provides both individuals and policing with certainty as we plan and implement the further transformation of policing to meet the needs of a changing Scotland.” 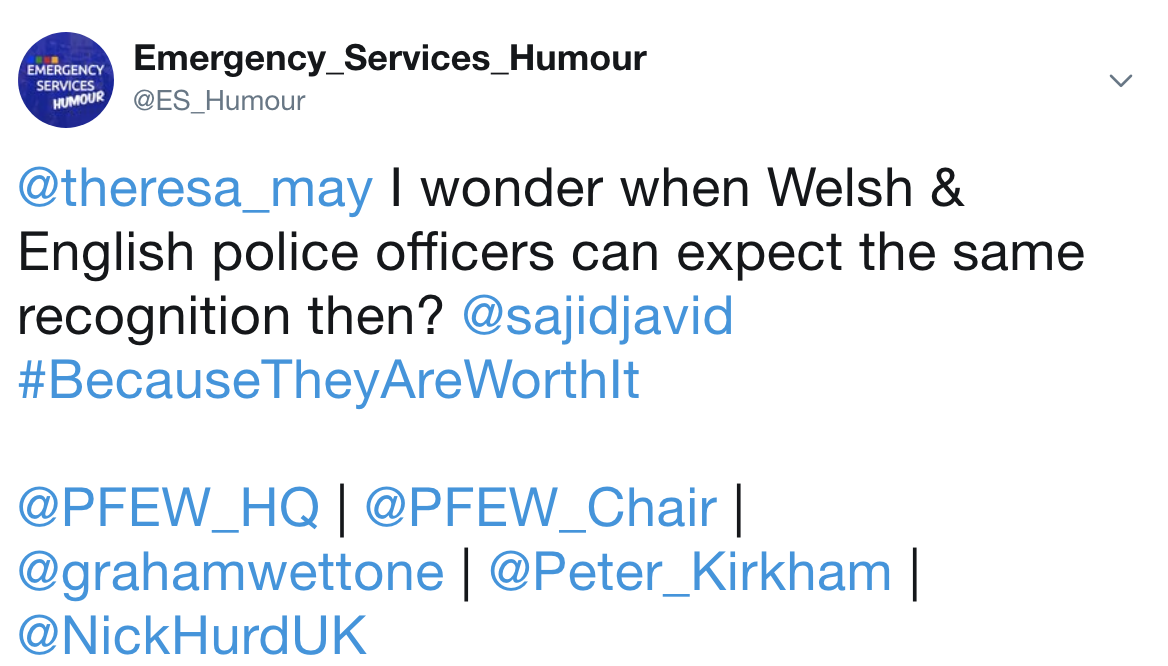 “The pay award represents a significant and deserved outcome for police officers.

“Every single day, our hard-working officers and staff are keeping people safe and demonstrating the highest levels of leadership and public service.

“They’ve done this consistently since the creation of Police Scotland, clearly showing that they are our most valued asset, so it’s only right that their dedication and commitment is recognised appropriately.”

Justice Secretary for Justice Humza Yousaf told the BBC: “This strong deal for Scotland’s police officers is an important recognition of the vital work they do to support safer, stronger communities.

“It also reflects the positive relations between police officers and employers in Scotland where we have retained collective pay bargaining.

“The Scottish Government has worked closely with the SPA and Police Scotland to finalise this two-and-a-half year deal which puts more cash into officers’ pockets while giving them and their families certainty.”

Calum Steele, general secretary of the Scottish Police Federation, said: “It is worth noting that even allowing for the extended period of this pay award, this represents the greatest uplift to police pay for over 20 years and the value of immediate payment on pay and pension as opposed to an extended year deal cannot be ignored.”