Footage recorded by ‘professional bystanders’ has emerged of the moment police officers were attacked as they tried to detain an apparently uncooperative suspect in an East London McDonalds.

Staff at the McDonalds restaurant in Hackney had activated their panic alarm and reported that a male inside of the McDonalds was fighting with other customers.

Two response team officers arrived at the scene and attempted to try and detain the male concerned.

As they two officers tried to restrain the uncooperative male, they were then confronted by a hostile crowd – the very people the police were trying to protect the aggressive male from.

Some people have reported that one of the police officers held his radio above his head and are trying to say that the officer was about to strike the male. Rubbish.

Anyone with an ounce of common sense and intelligence, can clearly see that the police officer was trying to see if he had a signal on his radio; I am assuming because he was going to call for more units to assist them.

Radio coverage in buildings can, at the best of times, be sporadic and unreliable. You have to try and get a signal before you can transmit a message and it looks to me as if the officer was trying to get a signal/see if he had a signal in order that he can request more units to attend the scene.

There’s nothing worse when you are trying to restrain someone who doesn’t want to cooperate, than pressing the transmit button on your radio only to be met with the high-pitch tone that indicates you have no signal and therefore no-one can hear you.

But many with their own agenda to push have managed to spin this action in an attempt to try and hoodwink the pubic into believing that there was some other intent on behalf of the police officer.

Both Officers were treated for the injuries that they sustained during the attack; one for an injury to his ankle and the other one for cuts to his face.

Both officers have since returned back to work.

After requesting urgent assistance, further units soon arrived at the McDonalds and brought the crowd under control. A 30-year-old male was arrested for assault on Police and was taken to a north London Police station.

The male has since been released pending further enquiries.

“Two officers, who were responding to a call to protect the public have been repeatedly assaulted.

“This is an unacceptable, nasty incident, with my officers being kicked while they were on the floor just trying to do their job. 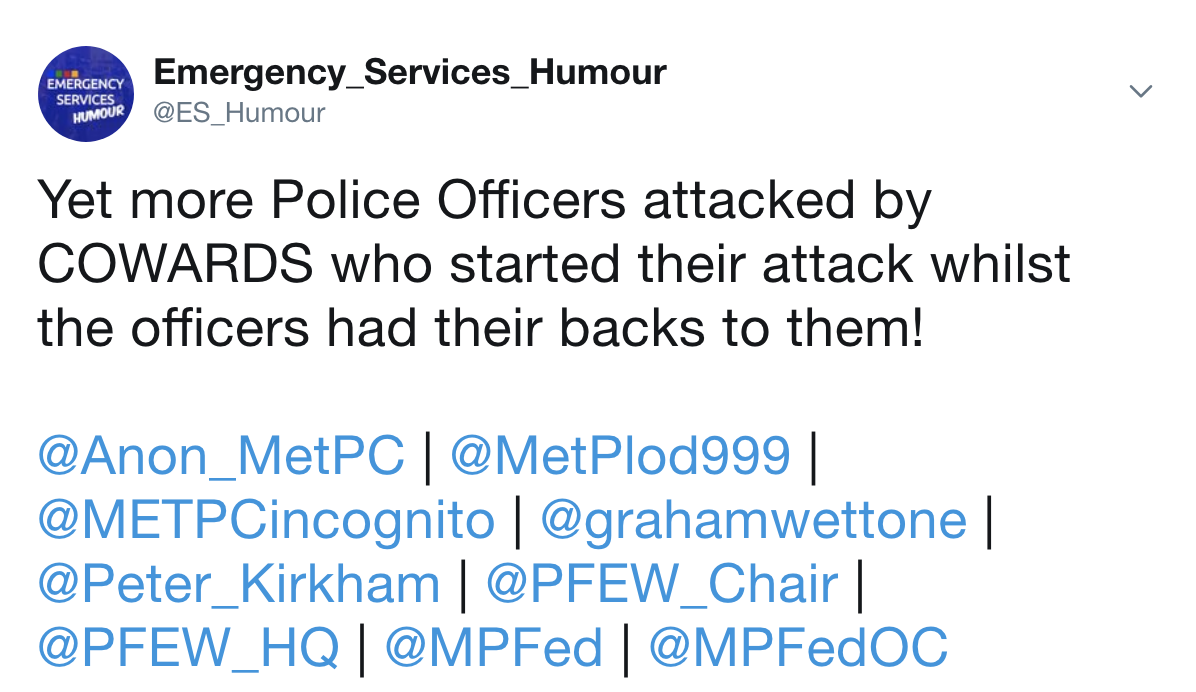 The footage has caused outrage amongst the general public, as the video of the incident goes viral.

In the footage, you can clearly see the two officers trying to restrain someone in the corner of the fast-food outlet.

A baying crowd end up winding themselves up and then start encouraging other people to attack the officers whilst their backs are turned to the crowd.

Let us not forget, that the Police were called to the location to HELP the same individuals who ended up attacking them.

There is only one way to try and prevent people from attacking our police and that means locking up anyone convicted for assault on police for a considerable amount of time.

Our judiciary is just too soft on violent and uncontrollable individuals who believe that they have the right to attack the same people who they would expect to help them in a life-or-death situation.

The outpouring of support for the officers just goes to show the disgust that most decent people have for these sort of outrageous attacks on the brave men and women who put their lives on the line in order to try and keep us safe.

Any witnesses or anyone with any information is asked to call police on 101 or contact via Twitter @MetCC. Quote CAD 7430/28AUG.

To give information anonymously contact Crimestoppers on 0800 555 111 or online at crimestoppers-uk.org.