The specially trained dog, ‘Abbie’ and her handler Eliseo Ramos were conducting a routine search at Clackamas County jail, in Oregon, on Tuesday.

As she was searching prisoners, she detected some drugs which had been hidden by a prisoner and alerted her handler.

The container that had the heroin in it was placed on an adjacent table but was knocked off and Abbie inadvertently ingested the drug.

The dog began salivating and panting as her head started to shake.

A fellow dog handler, Deputy McGlothin, immediately gave Abbie a shot of Narcan, a drug used when people overdose on the addictive drug. 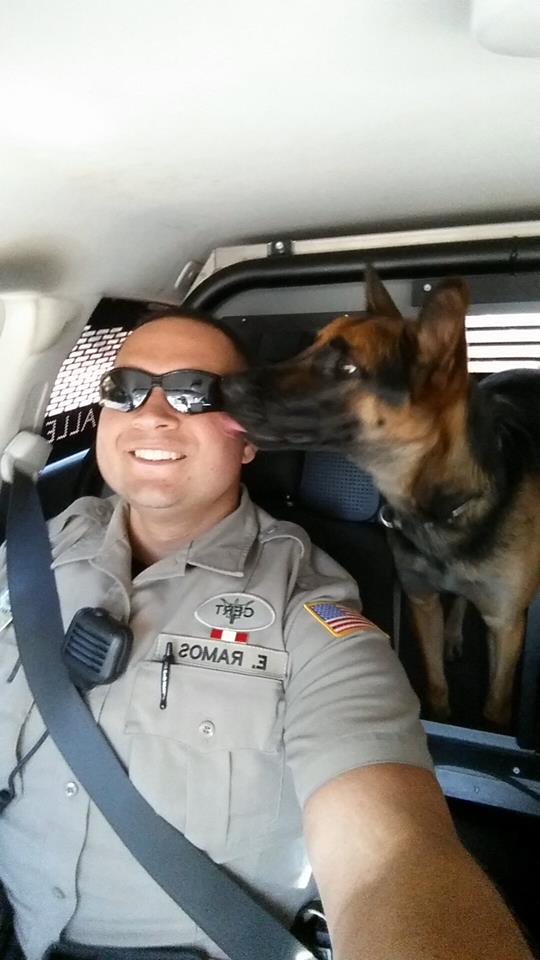 The narcan was squirted up Abbie’s nose and immediately stabilised her while she was transported to the vet for urgent treatment.

A post on the Clackama County Sheriffs Office said:

Narcan contains nalaxone — a reversal drug for overdoses on opioids such as heroin, fentanyl and carfentanil.

Abbie was held overnight by the Vets and released the next morning.