A Police Dog in America is making a good recovery after being repeatedly stabbed by a murder suspect who, during his attempted escape, also tried to stab Police Officers.

K-9 Odin was viciously stabbed twice in the neck and jaw before the suspect, Randy Young, was subsequently subdued by Police Officers and K-9 Odin despite her life-threatening injuries.

Young was wanted by Police for the shooting of his girlfriend earlier on in the day in Clayton County, Georgia, USA.

Police said that the victim of the shooting was at an apartment that she shared with Young in order to collect some of her belongings, following their recent split.

The victim had attended the address with some of her family members, when she was confronted by Young.

The family members of the victim later told Police that Young had fired numerous shots at the family being hitting his former partner before running from the scene.

His former partner died from her wounds.

Police Officers, including the K-9 unit, managed to track down the suspect shortly after the incident occurred.

What ensued, was a frenzied knife attack on both the Police and K-9 Odin during which the Police Dog sustained serious and life-threatening knife injuries.

K-9 Odin is expected to make a full recovery, having been rushed to a local veterinary surgery following the attack.

‘Thanks for all the well wishes for Ofc. Baker and K9 Odin Ofc.

‘Baker was able to pick K9 Odin up from the vet today and he is now at home resting.

‘It will take K9 Odin some time to get back to work but he’s expected to make a full recovery.’

‘K9 Odin is now at home getting some much needed rest.

‘He’ll be out of work for a few weeks and during that time, doctors plan to evaluate his progress as heals to determine if he will need physical therapy for the muscle damage he suffered.

‘Thanks for the well wishes!’.

In America, anyone who attacks a service animal is charged under a specific offence intended to reflect the severity of the crime.

Whereas in the UK, suspects can only currently be charged with ‘criminal damage’ – the same law that you could be charged under if, for example, you smashed someones window.

However, many Police pro-police campaigners in the UK have been trying to encourage the Government to create a separate offence for anyone who injures or harms a service animal.

The so-called ‘Finns Law’, named after ‘PD Finn’ was repeatedly stabbed by a suspect, has been gaining momentum thanks to its many supporters. 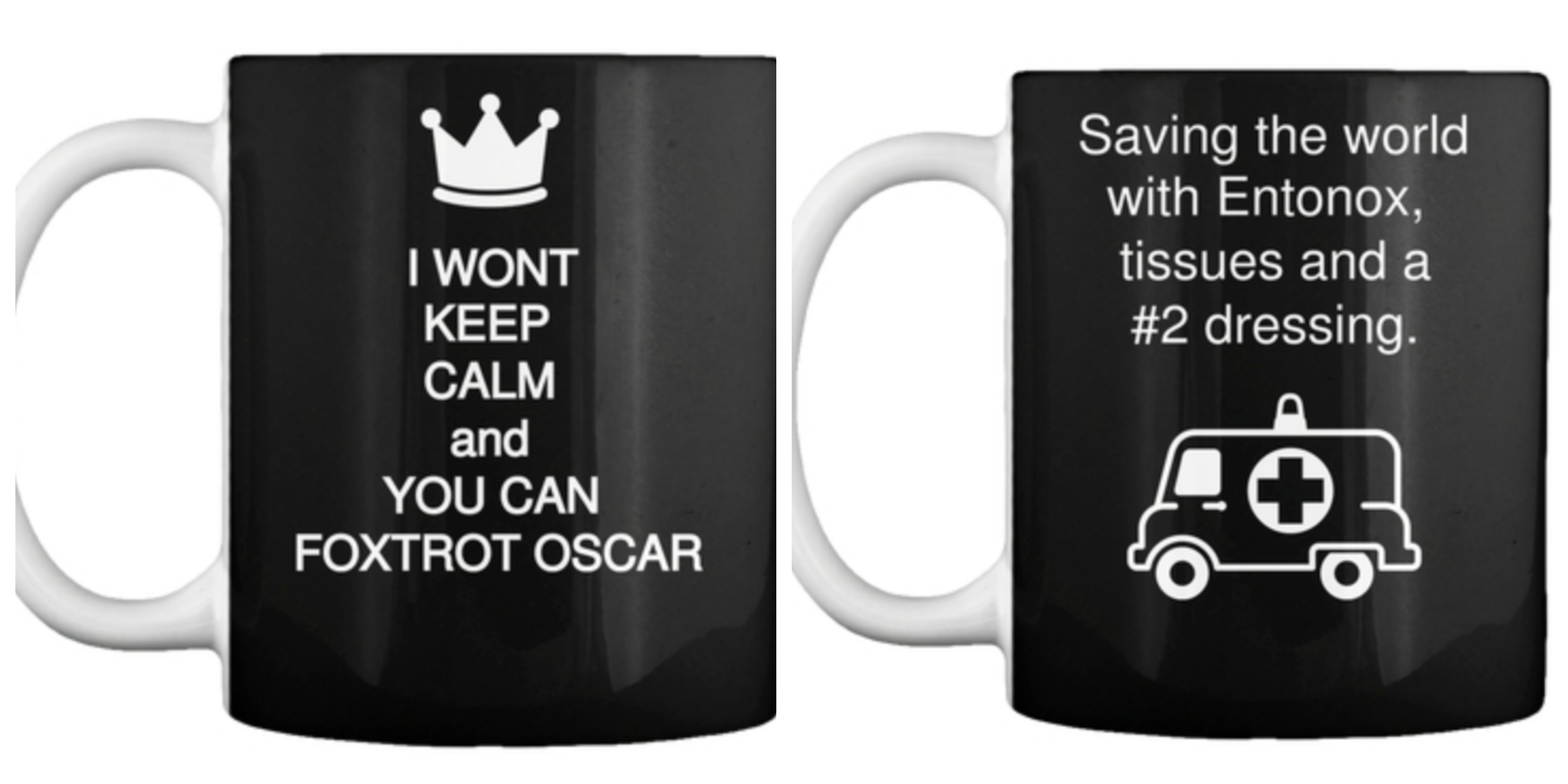 Over 80 designs of comedy mug available with global shipping!

According to a recent update on the Finns Law website:

‘The campaign to secure protection for our amazing animals has grown in strength and depth since the previous attempts at 2nd Reading.

‘It is not uncommon for many Private Members Bills to fail at 2nd Reading stage.

‘For Finn’s Law to go through 2nd Reading means that we are within touching distance of the statute books.

‘Nicola Skelley , Co-Director of Finn’s Law Ltd , said “We are extremely happy that #FinnsLaw has passed through the second reading, this has been a difficult hurdle and has caused many sleepless nights.

‘We would like to say a huge thank you to Sir Oliver for believing in a dog called Finn and of course the many followers of Dave and Finn’s Law – #TeamFinn . Onwards to the next stage….. “

‘What happened to Finn and PD Axle a few days ago, is not acceptable.

‘Today we have made a significant step towards ensuring that those responsible for injuring these amazing animals will be held accountable.

‘It will also mean that the suffering Finn and Axle have endured will not be for nothing.’

PD Axel is another Police Dog that was stabbed four times whilst responding to a ‘domestic incident’.

In relation to the incident involving PD Axel, Matthew Stretch, 27, of Keyworth, has been charged with two counts of making threats to kill police officers and two counts of ‘criminal damage’.