A suspect repeatedly punched a police dog whilst it tried to assist Metropolitan Police Officers with an arrest following reports of an assault on two females and a theft according to Scotland Yard officials.

Two police officers and PD ‘Ernie’ had been chasing a suspect in West Drayton, West London, on Tuesday night when the shocking alleged incident took place.

An individual was arrested at the scene on suspicion of resisting arrest, common assault, robbery and animal cruelty.

At approximately 22:30 hrs, Police were alerted to reports of an assault in Hayes, during which a woman was allegedly hit in the back of the head and punched in her right arm.

A short while later, Officers were called yet again to reports of an attempted robbery on a bus in a nearby road.

Another female victim said a man had repeatedly tried to take her mobile phone from her before getting on the bus and running away.

The Met sent a dog unit to the area, along with other units, and a male was located and subsequently chased in West Drayton.

Two Officers, along with PD Ernie, caught the individual who then “struggled and repeatedly punched the dog”.

The suspect has now been released on bail pending further enquiries. 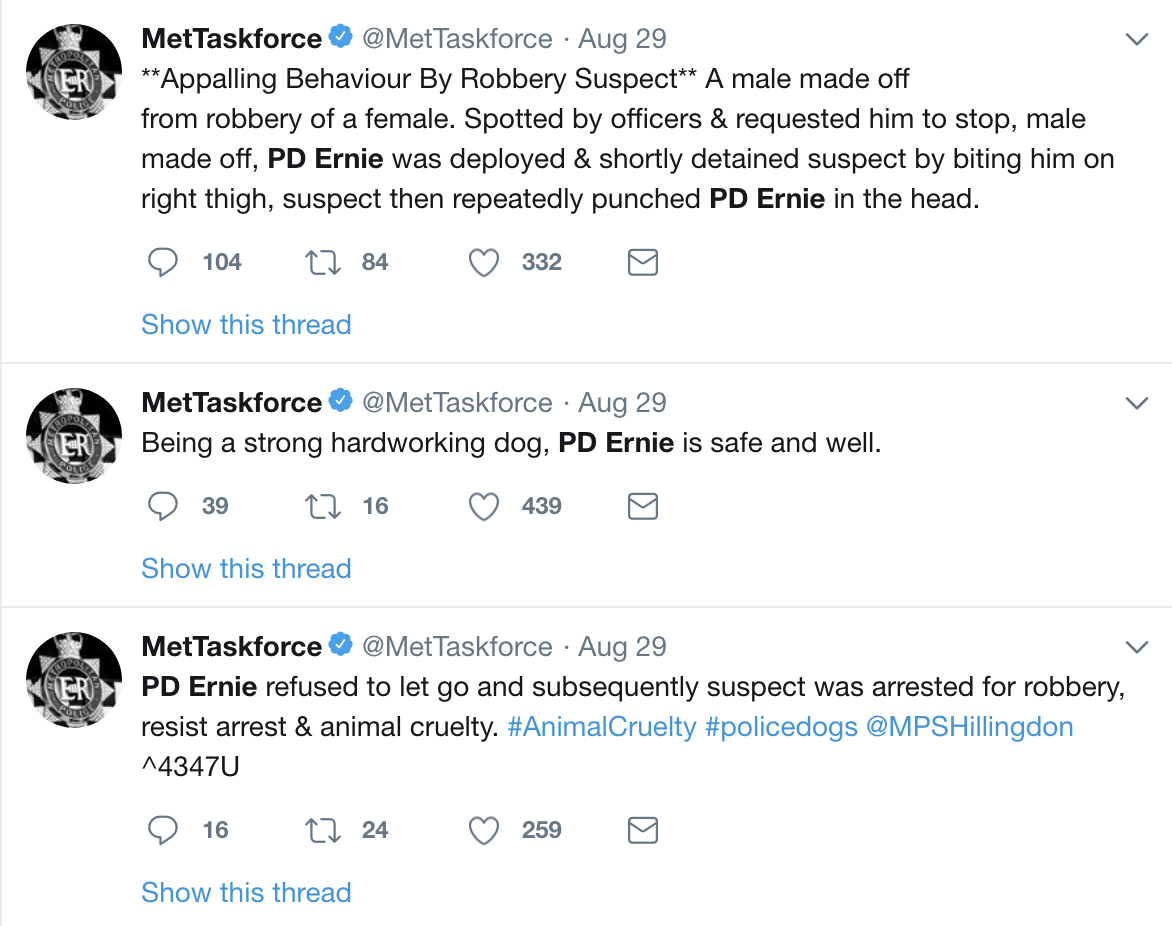 According to tweets from the Met Police Task Force, PD Ernie managed to get some bites into the suspects leg during the incident.

Members of the public were quick to show support for the police dog as it fought with the male.

‘sincerely hope that poor Ernie emphasised with every punch his displeasure by biting this nasty person even harder. Well done Ernie we appreciate your bravery.’ 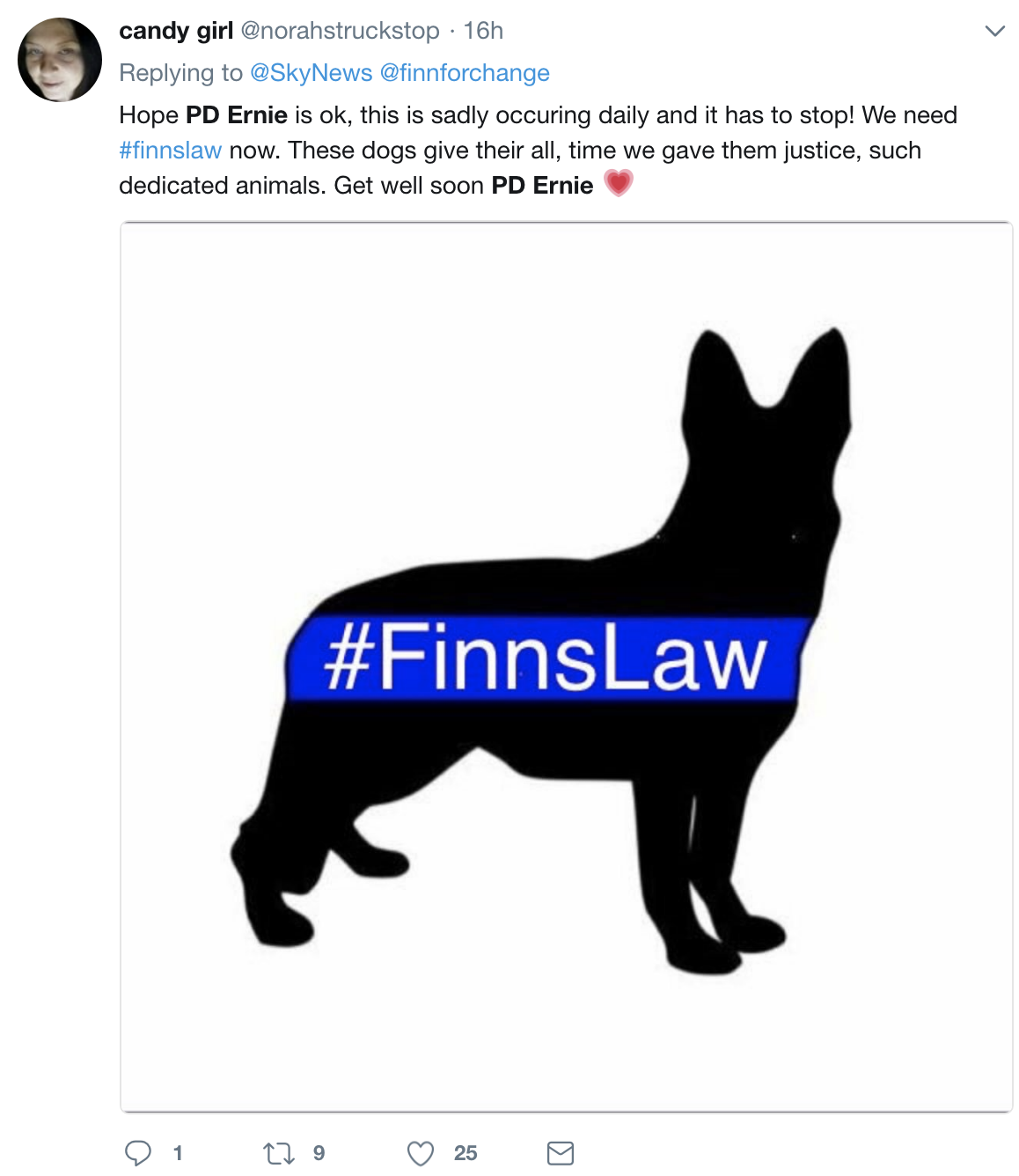 ‘Finns Law’ aims to make it a separate offence to harm or hurt service animals which are currently treated as ‘property’ under current law.

So what is Finn’s Law all about?

“On October 5th 2016 my police dog, Finn and I were chasing a robbery suspect when he turned and attacked us. Finn sustained serious stab wounds to the chest and head whilst protecting me. I sustained a stab wound to the hand.

Finn stopped the knife from reaching me and saved my life. Even after being stabbed through the lung Finn did not let go of the suspect until other Police Units arrived and arrested him. Finn was not expected to make it through the night. The suspect was charged with ABH for the injuries to me and only criminal damage for the horrific injuries to Finn.

This is currently one of the available charges for someone who seriously injures or kills a police or service animal in the line of duty, as they are considered as being property. I hope you agree that is not acceptable, Finn isn’t a plant pot or window and should not be treated as such. Eventually after more than 6 months of legal arguments our attacker was found guilty” – PC Dave Wardell

Everyone here at Emergency Services News hopes that PD Ernie is able to return to work ASAP and that plenty of ‘reasonable force’ was used by PD Ernie during the arrest.