Police Called To Robbery In Progress At A Bank: Turns Out The Bank Staff Were Playing HIDE-AND-SEEK

Officers who responded would have no-doubt been getting themselves prepared for what could be an incredibly fast-paced and dangerous situation.

Anyone who has served on the thin blue line, myself included, will confirm that individuals who rob banks, jewellers etc will do ANYTHING to get away.

So, as a police officer, then you just know that if you arrive on scene quick enough, then, chances are, you might end up in a seriously dangerous situation…

Once police officers arrived on scene at the bank in Birmingham, it was quickly established that the bank staff were hiding, because they were taking part in a ‘team building exercise…

But never have I heard of a ‘team’ playing hide-and-seek!?

I probably should not go into the details of previous ‘team building exercises’ which I have been a part of, but they were, shall we say, more ‘exciting’ than hide-and-seek!

I would have loved to have seen the faces of the bank staff when half of West Midlands Police turned up and ruined their game!

Personally, I think that the bank staff owe West Midlands Police officers cakes. And lots of them.

Ultimately, the member of the public who saw the staff hiding did the right thing. Its just one of those things… 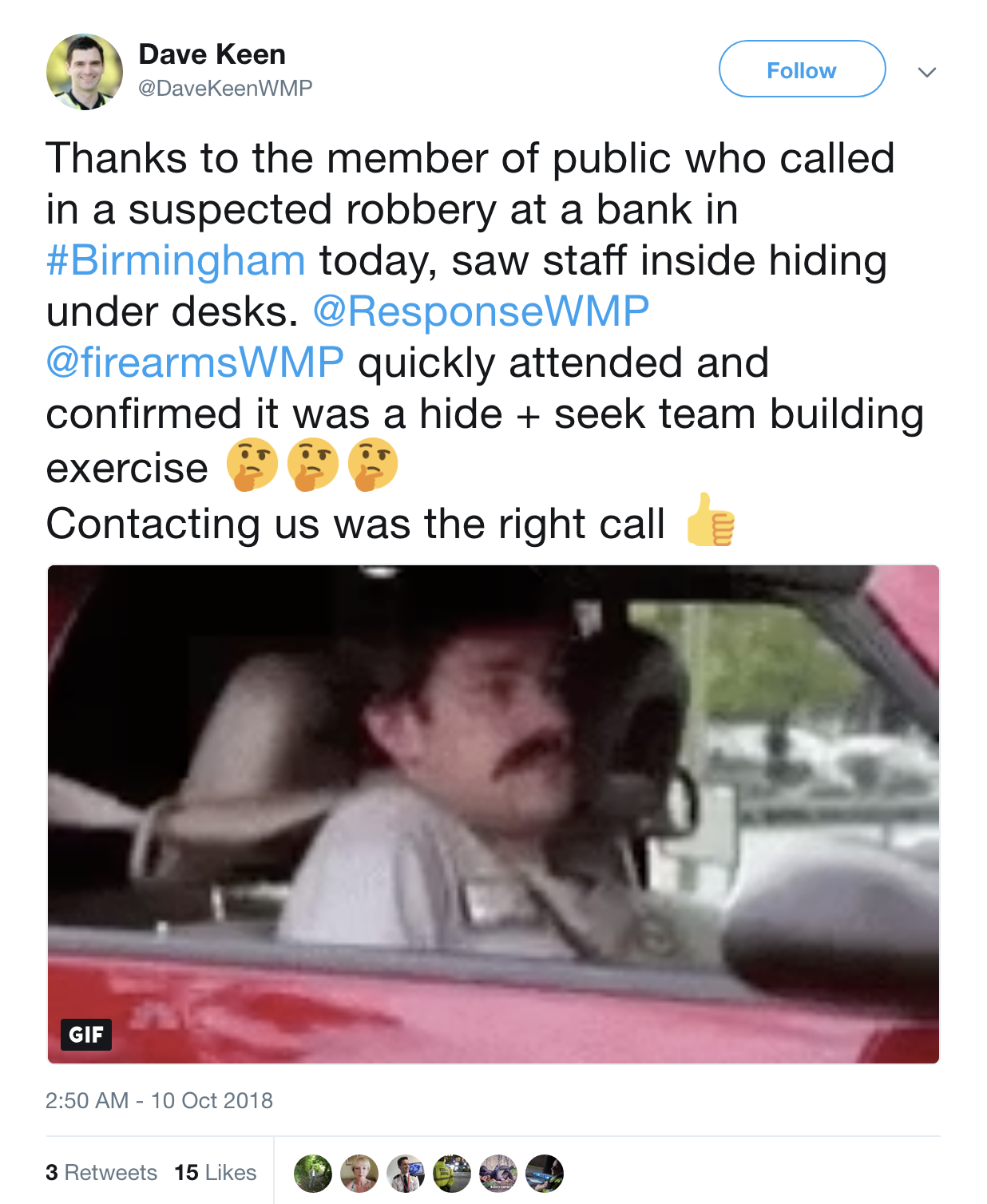