Over the weekend, the New York Police Department (NYPD) made an appeal to their followers on Twitter, after a couple were spotted trying to retrieve an engagement ring that had fallen into the New York drainage system after a male proposed to his girlfriend.

The male was so excited to be told ‘yes’, that during the course of the day he inadvertently dropped the ring which then fell into the 6ft drainage system.

Specialist Officers were touched by the footage and so managed to find some time to search for the ring after the initial attempts of patrol officers proved to be unsuccessful.

Against all of the odds, the specialist officers from the NYPD managed to find the ring and also gave it a polish before announcing on Twitter that they were now looking for the couple.

The power of social media soon came to the rescue and the couple were identified as being John Drennan and Daniella Anthony from Peterborough! 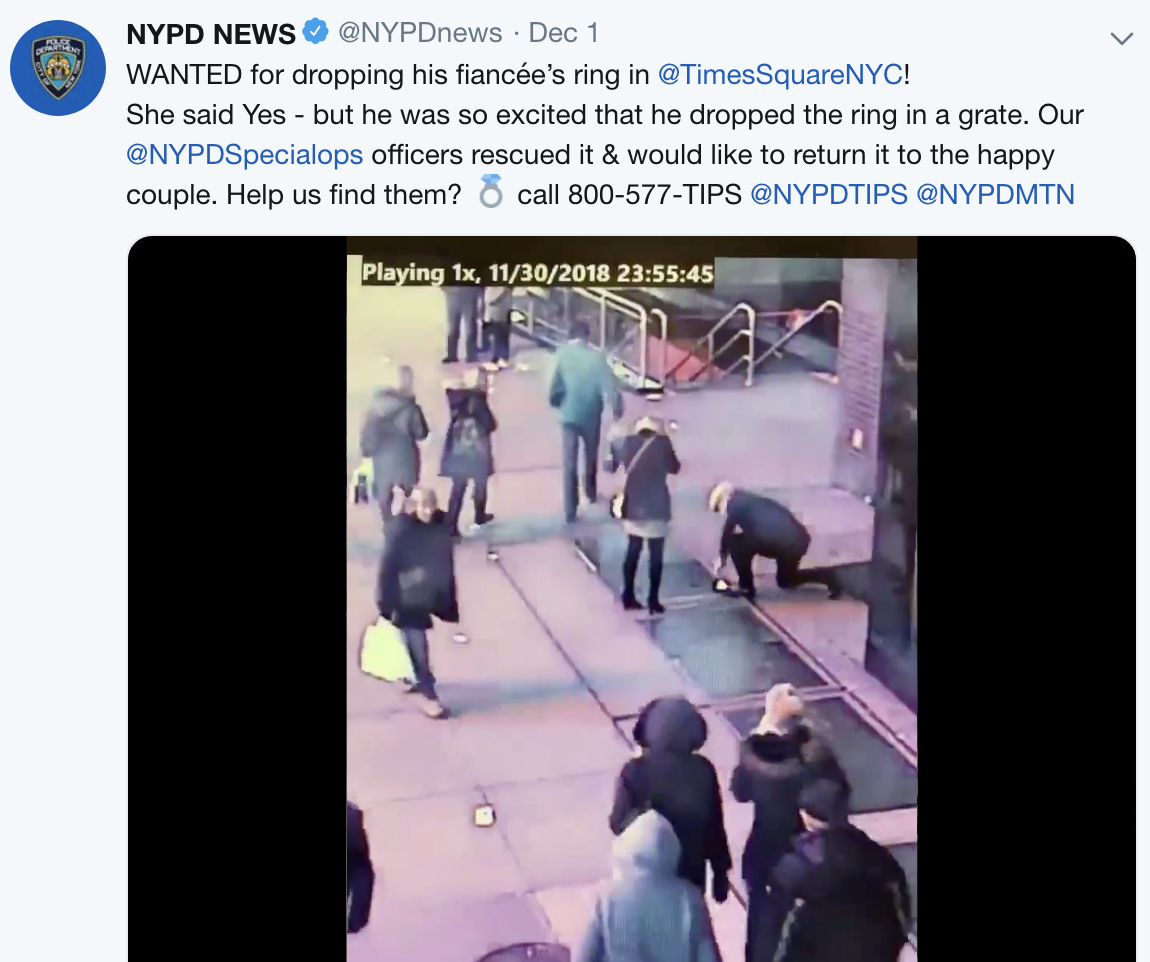 The pair had flown to New York to celebrate their 10-year dating anniversary.

Mr Drennan told the BBC that he’d put a lot of thought into the proposal.

Speaking to BBC News on Sunday evening, he said he had carried the ring around in his pocket for two days before finding the right moment.

“I want to clarify that I did not propose over a grate in Times Square – that’s where we lost it,” Mr Drennan said. 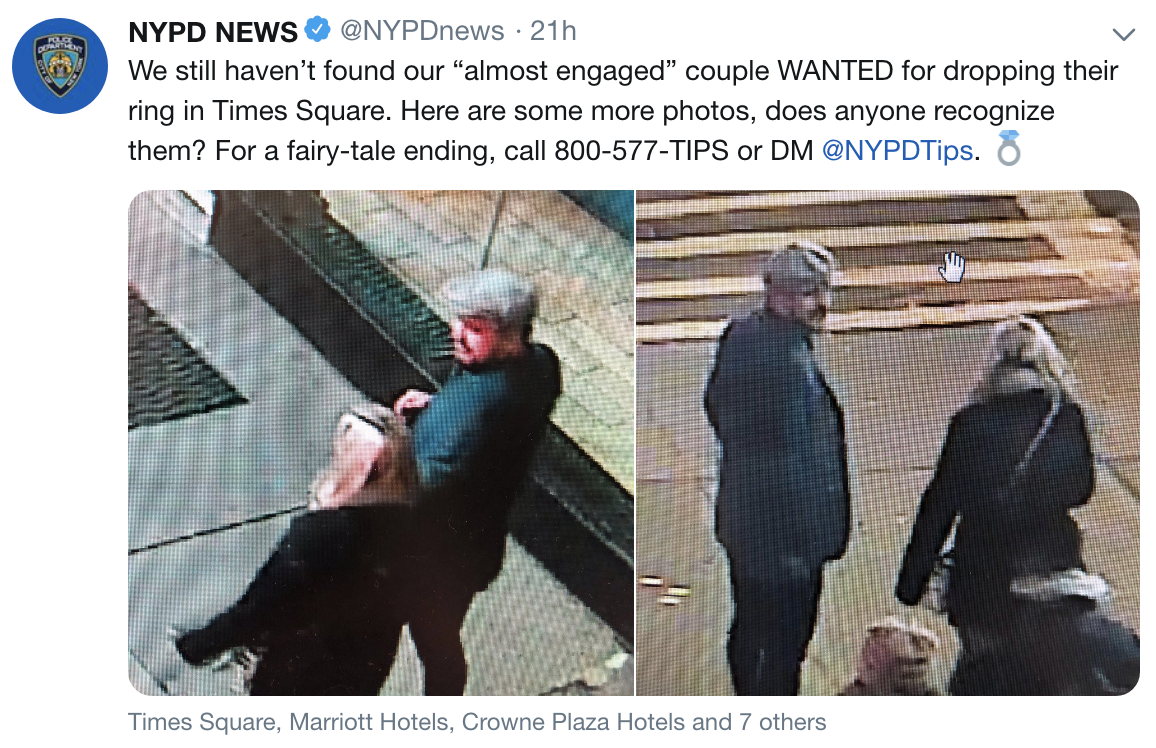 The special occasion had taken place in Central Park a few hours earlier.

“The time was right. There were autumn leaves everywhere and not many people.”

Daniella said yes straight away but they both knew the ring wasn’t the right size.

“I tried to tell John it was too big, but he insisted I wear it,” Ms Anthony said.

“I told her it was fine. I was just so happy to finally call her my fiancée after all this time,” Mr Drennan added.

The happy couple decided to have something to eat and see the Christmas Spectacular in Times Square when the ring escaped.

“We were walking back to the hotel. I can still visualise the ring. Bouncing once… bouncing twice and then it was gone,” Mr Drennan said. 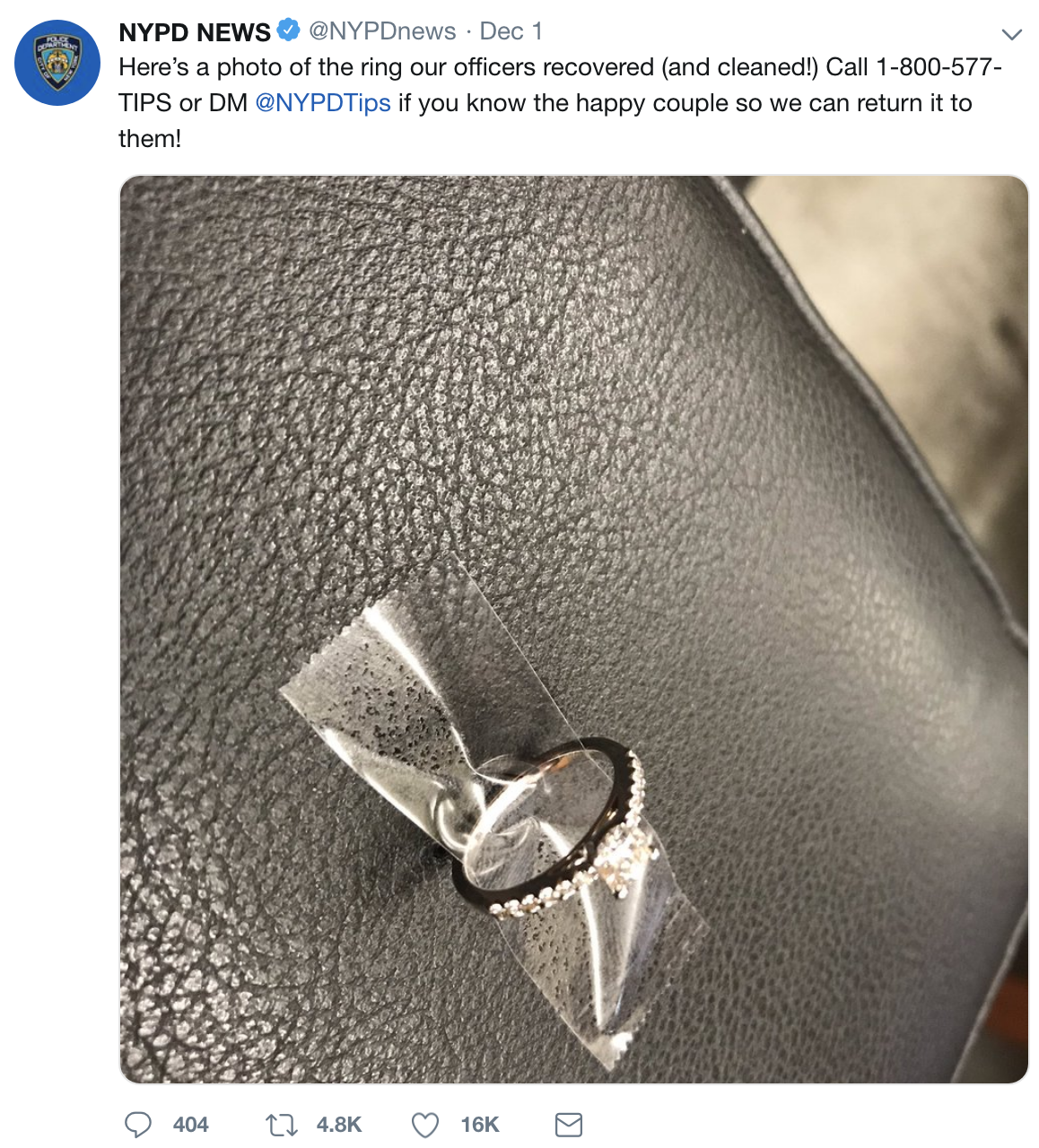 Daniella and John called the police straight and patrol officers were able to jar the grate open with a crowbar.

They looked underneath, with the aid of torches, for at least two hours without success.

“We just presumed it was gone. In the end, we had no choice but to walk away and try to enjoy the rest of our weekend,” Mr Drennan told the BBC.

Daniella was inconsolable and so they left without leaving their names with police, feeling hopeless. 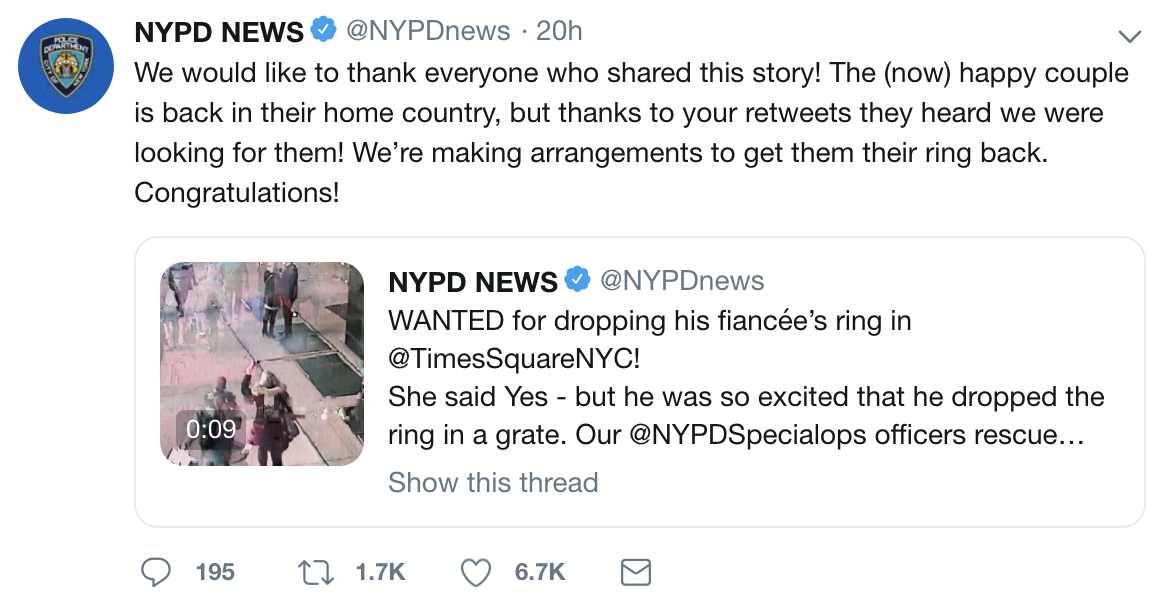 They arrived home on Sunday and said they were planning on going straight to the jewellery store to buy another ring.

“I couldn’t stand the thought of her being without one,” Mr Drennan said.

But just moments after they touched down at the airport, a friend alerted them to the social media campaign being driven by the New York Police Department.

Police had posted the CCTV footage of the couple trying to get the ring from the grate and used Twitter to appeal to find them.

“Hey guys, is this you?” the friend asked the couple.

“We could not believe it, we really thought it was gone,” Ms Anthony said.

“We don’t use Twitter – we had absolutely no idea this was going on. But we are so happy.”

“We are so thankful to everyone – especially the New York Police Department and everyone who shared our story,” the couple said.

The couple will now liaise with the NYPD to get the ring safely returned to their home in Peterborough. 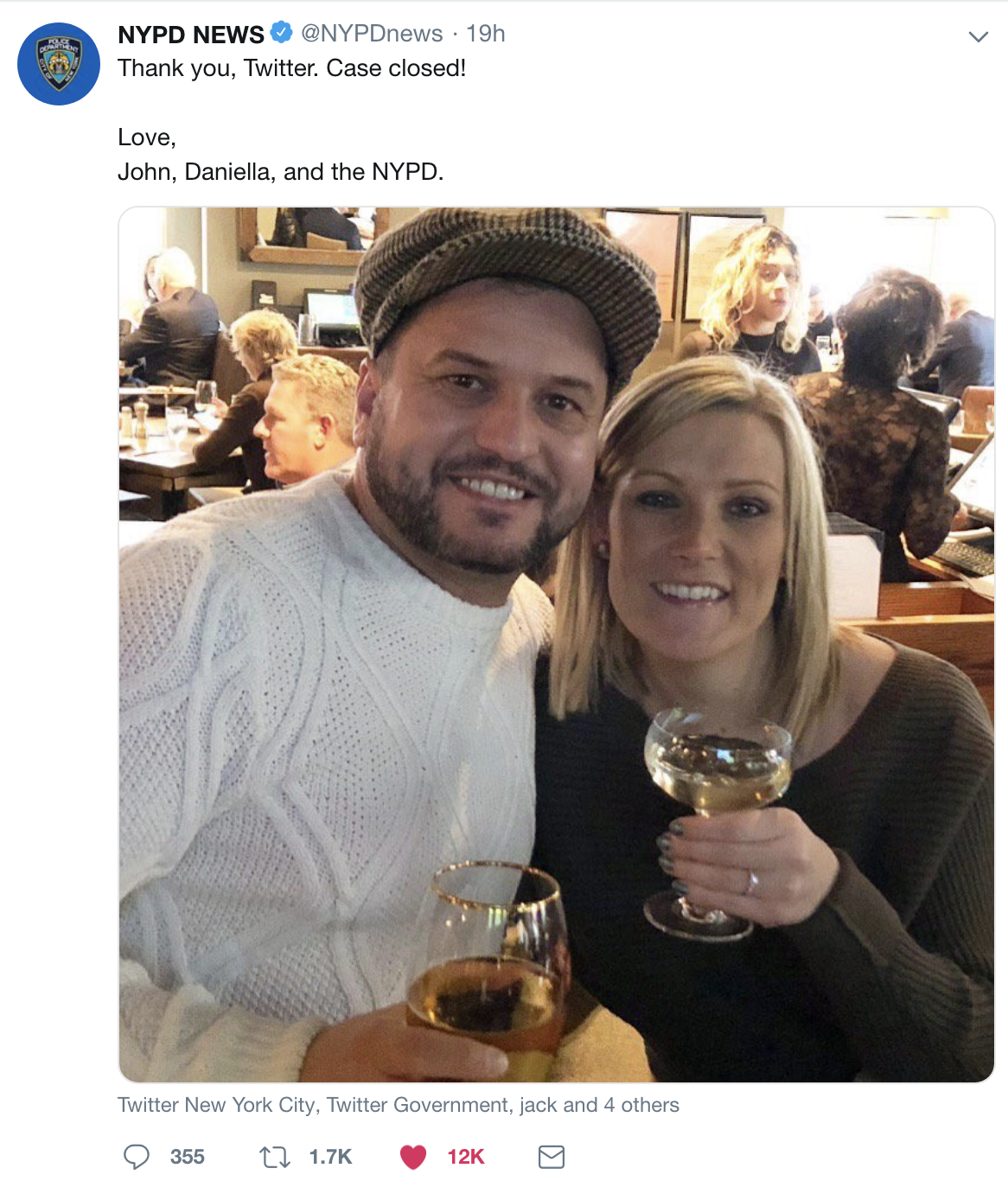