Officers Pelted With BRICKS Whilst They Arrested Someone For Drug Driving

The police are in an impossible situation. If someone causes an accident whilst under the influence of drugs, then its ‘the police’s fault’ for not catching them whilst they were behind the wheel and off of their faces.

And yet, when the Police DO arrest someone for drug driving, then they are thanked with a volley of bricks coming their way.

@Traffic_Dave tweeted that, whilst in Bradford, their unit came under attack from a group of numpties who clearly felt that the presence of the police was not welcome.

Can you imagine what would happen, if a family member of these numpties who were throwing the bricks was mowed over by someone who was driving whilst under the influence of drugs!?

We all know what would happen.

The same naive people throwing the bricks at the police would then DEMAND that the police do MORE to try and stop people from getting behind the wheel having taken some illegal drugs.

It makes you wonder just how ridiculous some people are, when they feel that they have the right to unleash a volley of bricks at the police when the police are just doing the job that the people want and expect them to do.

I bet these numpties who threw the bricks, would also be the first to upload onto social media pictures of police officers who dare to have a break. 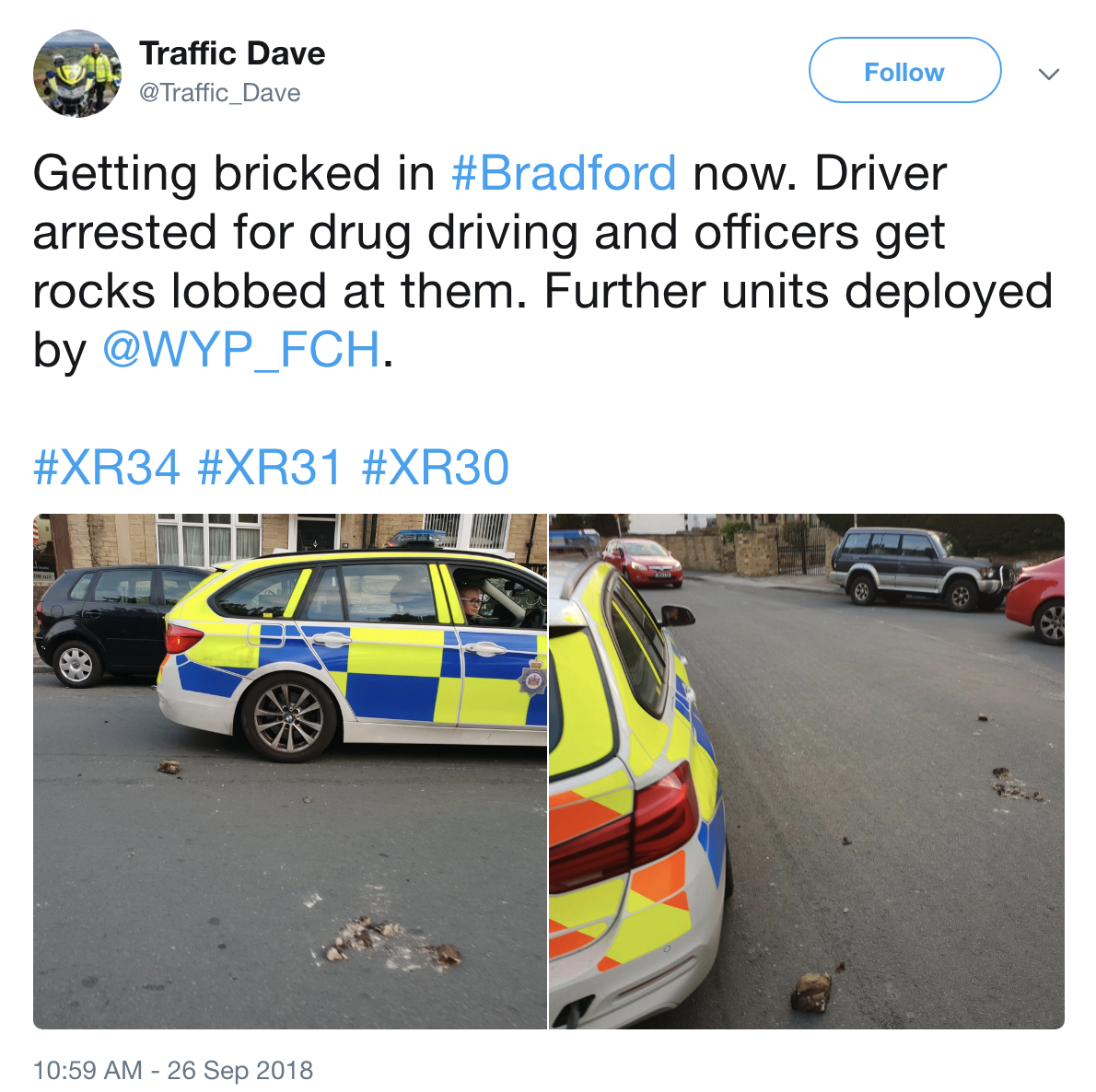 You have got to be a coward to throw a brick at anyone, because in doing so, you know that you will probably escape without being caught.

Many people will probably say that the individuals responsible for these sort of attacks should themselves have bricks thrown at them – just so that they know what it feels like.

@Traffic_Dave also reported that additional police units were needed at the scene, once the officers came under attack which then means that even more police resources in the area are taken up owing to the pathetic actions of a small group of petty criminals.

Maybe karma will be lurking just around the corner for the people responsible for this brick attack. Maybe when they next cross the road, then someone who is drugged up whilst driving won’t see them.

I should know, because each time I came under similar attack during my time in the Metropolitan Police, then when the individuals responsible WERE caught, then they displayed the same void when it came to any sense of decency.

Thankfully, none of the officers were hurt during this incident.

But what are the police now supposed to do? Wear riot gear whenever they arrest someone in an area where they came under attack? 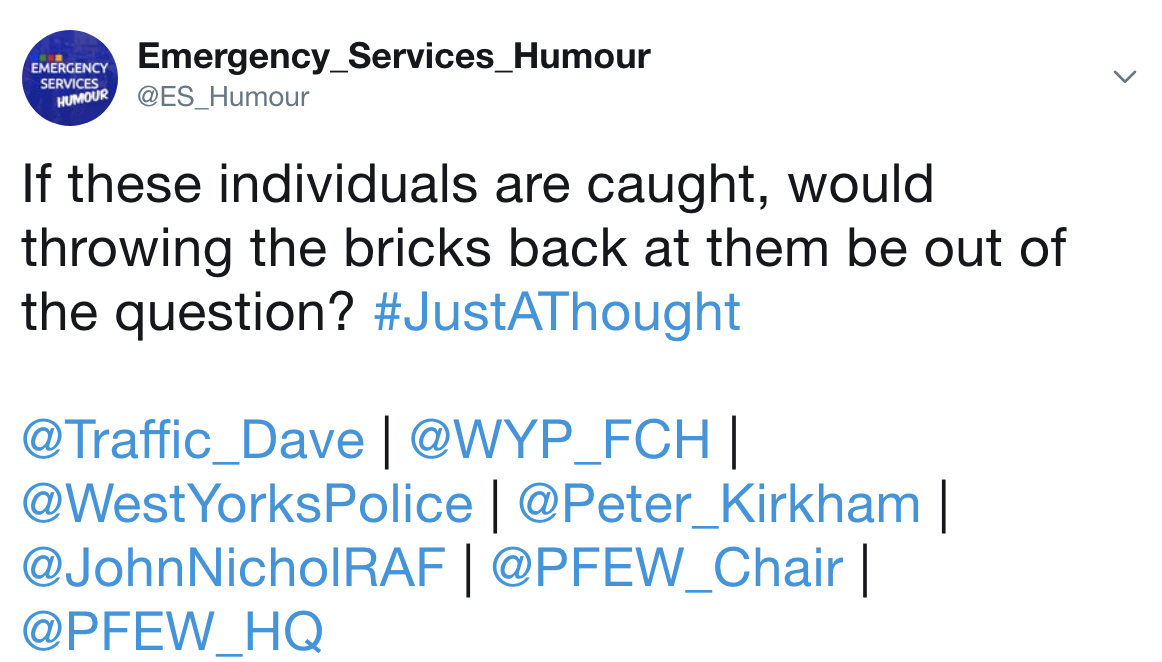 I bet the same buffoons who attacked the police would soon start complaining about an ‘overbearing’ (assuming they know what that means) police presence in ‘their area’.

The police should not have to endure this sort of mindless violence. It’s a shame that the idiots responsible seem to have gotten away with it.

If we had any body worn video evidence of the incident, then we would have happily shared it with our 250,000 followers.

You never know – someone in possession of more decency than the idiots responsible for this brick attack probably would have identified them.

So, people of Bradford, if you ever have to wait an extended amount of time for the police to respond to your calls for help, then it will probably be because idiots in your area are throwing bricks at the police as they try to do their job.