Some of our readers might have been disappointed recently when it turned out that a £10 that had allegedly been left for Medics on their ambulance was instead an effort by someone to try and alter the habit of people who might be tempted to leave a nasty note on an emergency ambulance.

Well, all is not lost in relation to re-gaining confidence in humanity as it would appear that someone really has left a £5 note for ambulance staff.

The Medics, from the Welsh Ambulance Service, returned to their vehicle to find a friendly and happy handwritten note, along with a crisp £5.

The note said:  ‘Thank you for blocking my driveway to save a life, refreshments on me’.

The £5 note was left in a clear plastic wallet – although we are amazed that it stayed where it was placed!

‘Heart warming note left on one of the Flintshire Ambulances #Welshambulance’

At the time of writing this article, the tweet had almost 1,200 ‘likes’.

As you would expect, many people have praised the actions of the mystery ‘donor’, citing the fact that owing to the recent spate of not-so-nice messages being left on emergency ambulances, then this one made a nice change.

@AircraftJetBoy tweeted: ‘Brilliant …I’d do the same for our hard working emergency services’

Whilst @SAS_Freeman said: ‘This reminds me of another kind such message I saw yesterday with equally an kind gesture – the world needs more of these kind of ppl let’s all try and act this way.’

@LordAxminister also tweeted: ‘This could be the start of something good. I for one wish I’d have thought of that BUT myself (and most other people) will hopefully get a chance soon.’

Whilst giving money to ambulance staff might put Medic’s in somewhat of an awkward position if this new ‘thing’ becomes a craze (being former plod, I have no idea how the ambulance service see’s these sort of random acts of kindness) it is still nonetheless a wonderful gesture of appreciation.

And a gesture that has not gone unnoticed by the thousands of hard-working ambulances crews based all around the country.

Perhaps this gesture of good will might go some way to re-instilling hope in our frontline emergency services personnel that, in truth, 99% of people really do not mind or care where emergency vehicles have to park in order to do their job.

It is also worth bearing in mind, in order to prevent millions of pounds being deposited on the windscreens of ambulances up-and-down the country, that there are many fantastic ambulance / HEMs charities out there.

No-one wants to see people climbing over ambulances in order to take money that has been left for their crews – despite everyone’s best intentions.

Could this random act of kindness see the end of nasty notes being left on emergency vehicles?

But we have faith in the great British public because we know that 99% of people out there really do appreciate the work that our emergency services do – even if this does mean that, occasionally, emergency vehicles might have to block someones drive or park in someone’s parking space.

A post later appeared on social media of the thankful Medic’s enjoying a quick coffee during a rare break using the £5 that had been given to them: 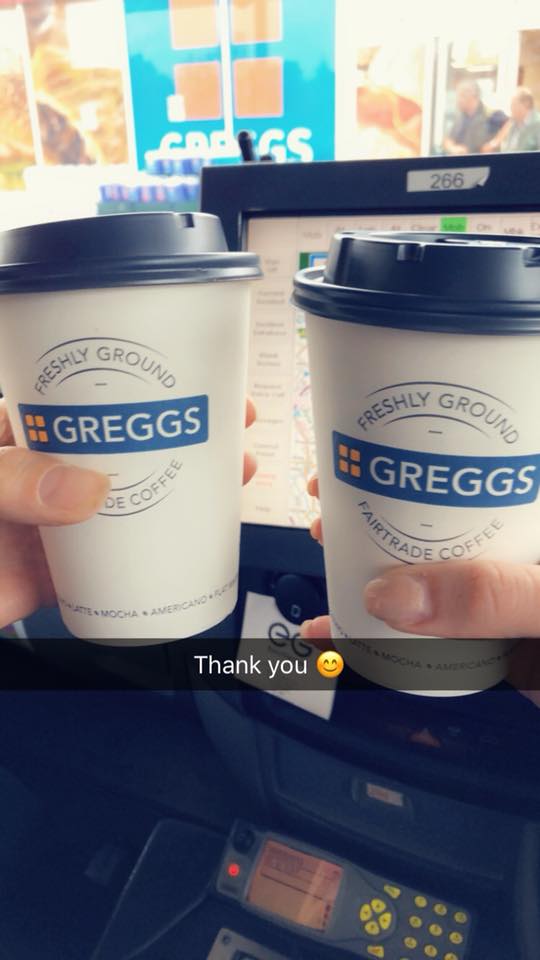 “Returning to the ambulance after a call to find this heartwarming message tucked under the wiper absolutely made our day.

“Such a heartwarming gesture.

“Thank you so much kind stranger xx”

If you have an emergency services related story or blog, then contact our team of former emergency services personnel at: emergency_services_humour@outlook.com or tweet us at @ES_humour or message us via our Facebook page @EmergencyServicesHumour.