Our regular readers will know, that we are passionate about sharing and covering stories about our colleagues who have been assaulted whilst on duty.

Why? Well, because each member of our team has previously served in the emergency services and we still have many friends and family members who are on the front line.

So the safety and welfare of our colleagues really does matter to us.

A few days ago, we shared a story about an individual who, despite assaulting SIX police officers was given a SUSPENDED SENTENCE.

And guess what? Whilst on this suspended sentence, he assaulted yet ANOTHER police officer!

How and why is this being allowed to happen?! Why was this individual given such leniency when he first appeared in front of the Judge!?

This practice of being soft on the individuals who assault, stab, beat, spit, kick and punch our colleagues MUST stop!

This kind of situation cannot and must not be allowed to happen!

“A man is behind bars for 52 weeks after being convicted of a number of assaults, including attacking six police officers in Reigate in September.

“James Davies, 29, formerly of Chart Lane, Reigate, was originally sentenced to 26 weeks in prison, suspended for 24 months, after pleading guilty to assaulting the police officers when they tried to arrest him on 27 September.

“The arrest was being made in relation to an allegation that Davies ripped off the door handle of a car belonging to a member of the public in Reigate following a dispute.

“Officers attended Davies’ home address to arrest him and found him armed with a belt wrapped around his hand.

“A Taser was drawn and after numerous requests, he dropped the belt. After a short negotiation an officer tried to handcuff him.

“Davies headbutted the arresting officer in the face before launching into a violent assault, pushing the dazed officer back onto the bed and punching him repeatedly.

“The Taser was discharged and Davies was brought under control and arrested. A large kitchen knife was found tucked under the mattress within arm’s reach.

“During his transport to custody, and whilst he was in custody, he assaulted further officers by kicking out, punching them and spitting at them.

“He was sentenced to 26 weeks’ imprisonment, suspended for 24 months, and ordered to pay £470 costs. 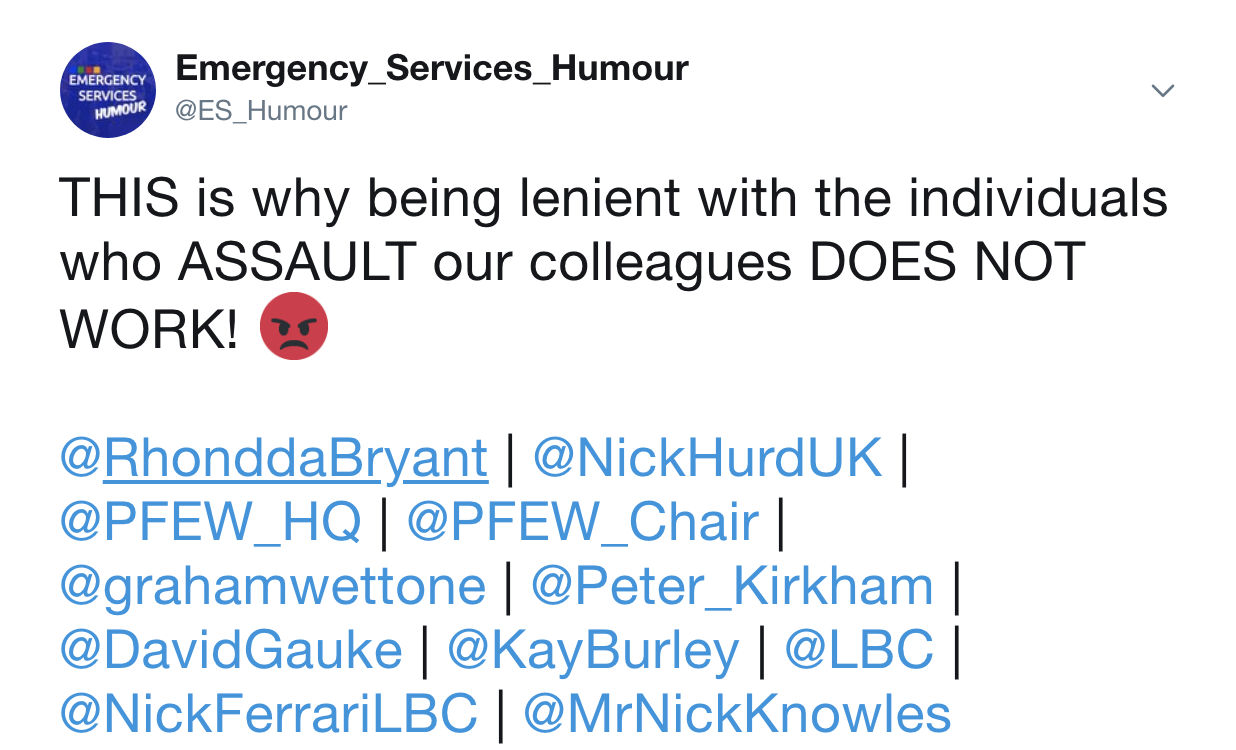 “On Thursday (11 October), officers were called back to his address following reports of an assault. When they arrived, a woman at the location was being treated by an ambulance crew for facial injuries.

“Davies came out of his flat armed with a knife behind his back which he pulled on an officer as she approached him. Taser was again drawn and Davies immediately went to his knees, placed his hands upon his head and was swiftly arrested.

“He was remanded into custody and sentenced to a total of 52 weeks when he appeared before magistrates on Saturday (13 October) in relation to the following:

• 26 weeks’ imprisonment from his suspended sentence which was activated in full due to the time lapse since the previous offences, and like offences in this case;

• A further 16 weeks’ imprisonment for the assault on the woman at the address;

• 5 weeks’ imprisonment for another assault on another resident of the flats;

• 5 weeks’ imprisonment for assaulting a police officer (where he pulled the knife on the officer).

“In addition to the custodial sentence, a 24 month restraining order was handed to Davies, preventing him from contacting either of the victims directly or indirectly and not to attend Chart Lane in Reigate. A £150 victim surcharge was also imposed.”

“The sentence handed to Davies at the weekend reflects how seriously assaults on our staff whilst they are on duty are taken. We will not tolerate violence against our officers or staff and will always take action against those who think this is acceptable.

“Our officers face potentially dangerous situations and willingly put themselves in harm’s way for the benefit of the public every day, and they should always feel valued and protected while they are doing so.”