On the one hand, we have an individual (the defendant) who threatened two police officers with an imitation firearm. Just stop and consider how you would feel if someone pointed a gun at you…

There is no way, at the time of the incident, that you would probably have any idea that the gun being pointed at you, was an imitation one.

The Officers involved must have seen their lives flash before their eyes; not knowing as to whether or not they were going to be shot by Alcock.

On the other hand (the ‘sweet’ part of the ‘bitter-sweet’) this case clearly does show that there are those in Government who DO CARE about the punishment that is handed out to those who threaten and assault members of the emergency services family – a family that I personally was once a very proud member of.

‘A man who pointed a gun at police officers has today been sent to prison after the Solicitor General, Robert Buckland QC MP, referred his sentence to the Court of Appeal for being too low.

‘The police officers had received reports of a man behaving suspiciously, and asked Alcock to get out of the car for a drug search.

‘At this point he became aggressive, struggling violently against the officers, and produced a gun, which at the time was assumed to be real.

‘The police officers feared for their lives and escaped, and firearm officers arrested Alcock shortly after.

‘Alcock was originally sentenced at St Albans Crown Court in August, where he was given 15 months imprisonment suspended for 2 years.

‘Today, after the Solicitor General’s referral, the Court of Appeal increased his sentence to 3 years immediate imprisonment.

Commenting on the sentence increase, the Solicitor General said:

“This was a serious violent incident that was made even worse by Alcock’s threats using an imitation firearm towards police officers working in the line of duty. The Court of Appeal has recognised this today.”

This case does go to show that there really are leaders out there, not just leaders  within the immediate emergency services family, who have the backs of the men and women who, on a daily basis, risk their own lives in order to try and keep people safe.

It makes a genuinely nice change, to be able to share a story where a convicted criminal THOUGHT that they had escaped prison after threatening members of the emergency services, only to be sent to prison for LONGER than the period that was given in the suspended sentence.

Maybe, just maybe, the attitude towards our brave emergency services is slowly, but surely,  starting to change…. 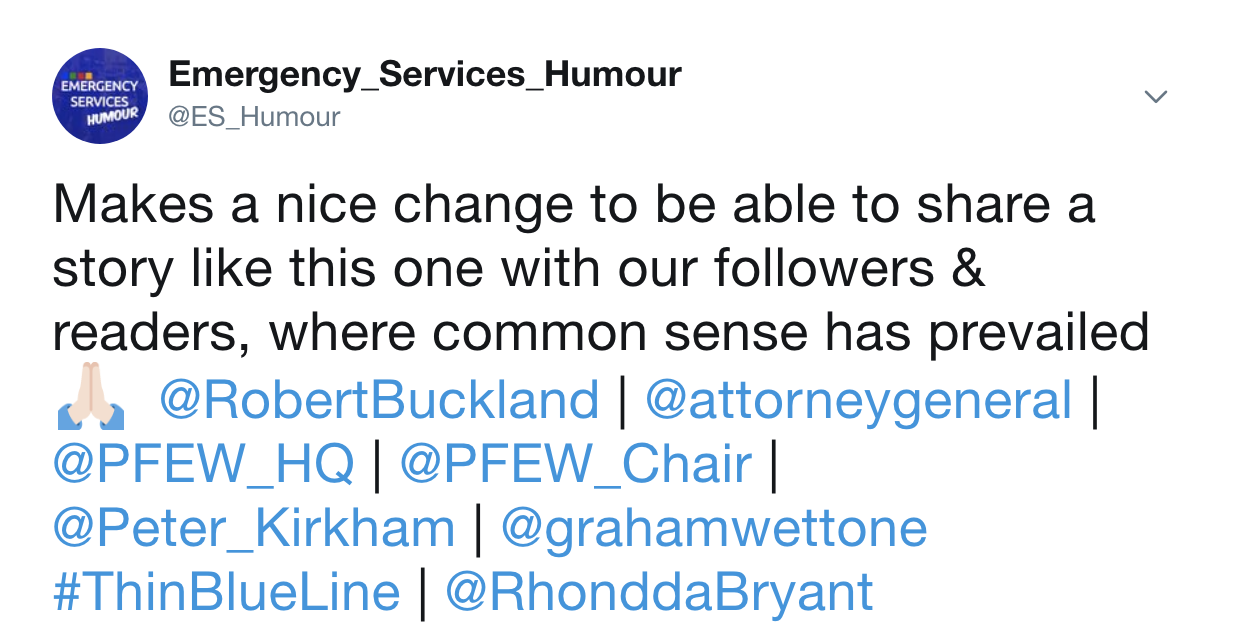