A Police Officer who helped to talk a suicidal man down from a bridge that he was threatening to jump off, has been given a bunch of flowers by the thankful male after he was later released from hospital.

At around 00:24 hrs on Saturday 1st September, Cheshire Police received a 999 call from a member of the publuc regarding a male who had been spotted sat on the edge of a bridge in Folly Lane, Warrington.

The caller told the police that they were concerned that the male was going to try and take his own life by jumping off the bridge.

Along with other colleagues, PC Millyard arrived and the scene and started to speak with the male which resulted in the male coming down from the edge of the bridge.

He was then taken to Warrington Hospital.

Once released from hospital, the male made a trip to Warrington Police Station with a bunch of flowers in order to thank PC Millyard for helping him during a very emotional time in his life.

A spokesman for Warrington Police said:

“Last night, PC Millyard assisted in talking a suicidal male down from a bridge.

“Today, he came to the station with some flowers to say ‘thank you’ for her efforts.” 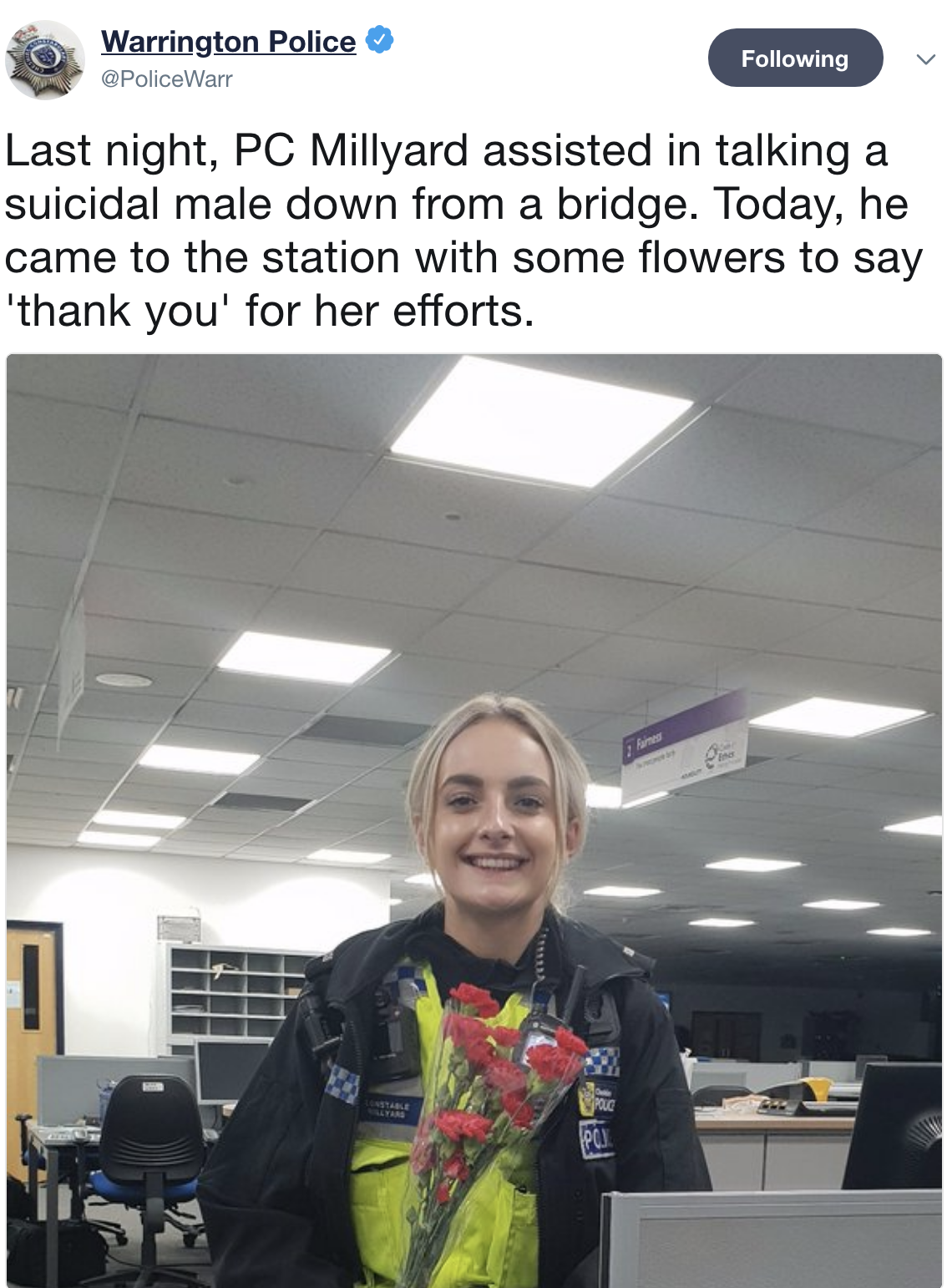 The tweet has been liked 131,000 times with thousands of people praising the police officer for her efforts.

Many have also enquired as to whether or not PC Millyard is ‘single’:

Cheshire Police also participate in ‘Operation Emblem’ which is intended to provide a joint response to people who are in need of emotional help and/or support.

“‘Operation Emblem’ involves Community Psychiatric Nurses accompanying Police Officers during call-outs to help reduce the amount of people being arrested under section 136 of the Mental Health Act or being taken unnecessarily to hospital for treatment.

“Inspired by the national Crisis Care Concordat, it ran as a pilot (December to 1st May 2014)with mental health practitioners working with police officers four times a week. In May 2014 the initiative received funding allowing a seven-days-a-week service between 08:00-02:00.

Man Charged With Murder After Death Of 11-Year-Old Boy