It would seem that there are still some members of the public out there who firmly and passionately believe that police officers should not have a break under any circumstances.

Maybe such individuals think that spending 12-hours dealing with the sort of incidents which most people would probably not be able to stomach, MUST be done without having any food or water?

These individuals who keep complaining also are not understanding the simple fact, that it is better for police officers to have their well-deserved and necessary breaks out in public rather than back at the police station.

“gosh I’m so glad no crimes happen at 3:3oam as clocked 8 officers McDonalds Hardwicke talking/doing nothing to solve crime – tax payers money not well spent on those staff grr”.

This tweeter obviously thinks that the police MUST spend every single minute that they are on shift ‘solving crime’.

I wonder if the tweeter ever has a break whilst he is at work? If he does, then surely his employers money is being wasted?

If we apply his rationale to, for example, people who work in a nice and cosy offices who do not have to deal with violent suspects, murder scenes, fatal road traffic collisions and delivering death messages, then it means that no employee, whether in the public or private sector, is ever allowed to take a break.

Because having a break means that you are wasting your employers money? Oh wait, employers are contractually obliged to ensure that their staff DO have breaks.

So it’s obvious to see the complete and utter nonsense associated with anyone who harbours the sentiment that the police are not entitled to a break.

“Hi Andrew, our officers are entitled to a meal break during their shift, and had an incident been reported which required an immediate response then all of the officers you saw would have responded straight away, whether they had finished their food or not.”

If you are the sort of person who really thinks that the police are not entitled to a break with their colleagues, then I am afraid that many would say that your head has become lodged between your buttocks. 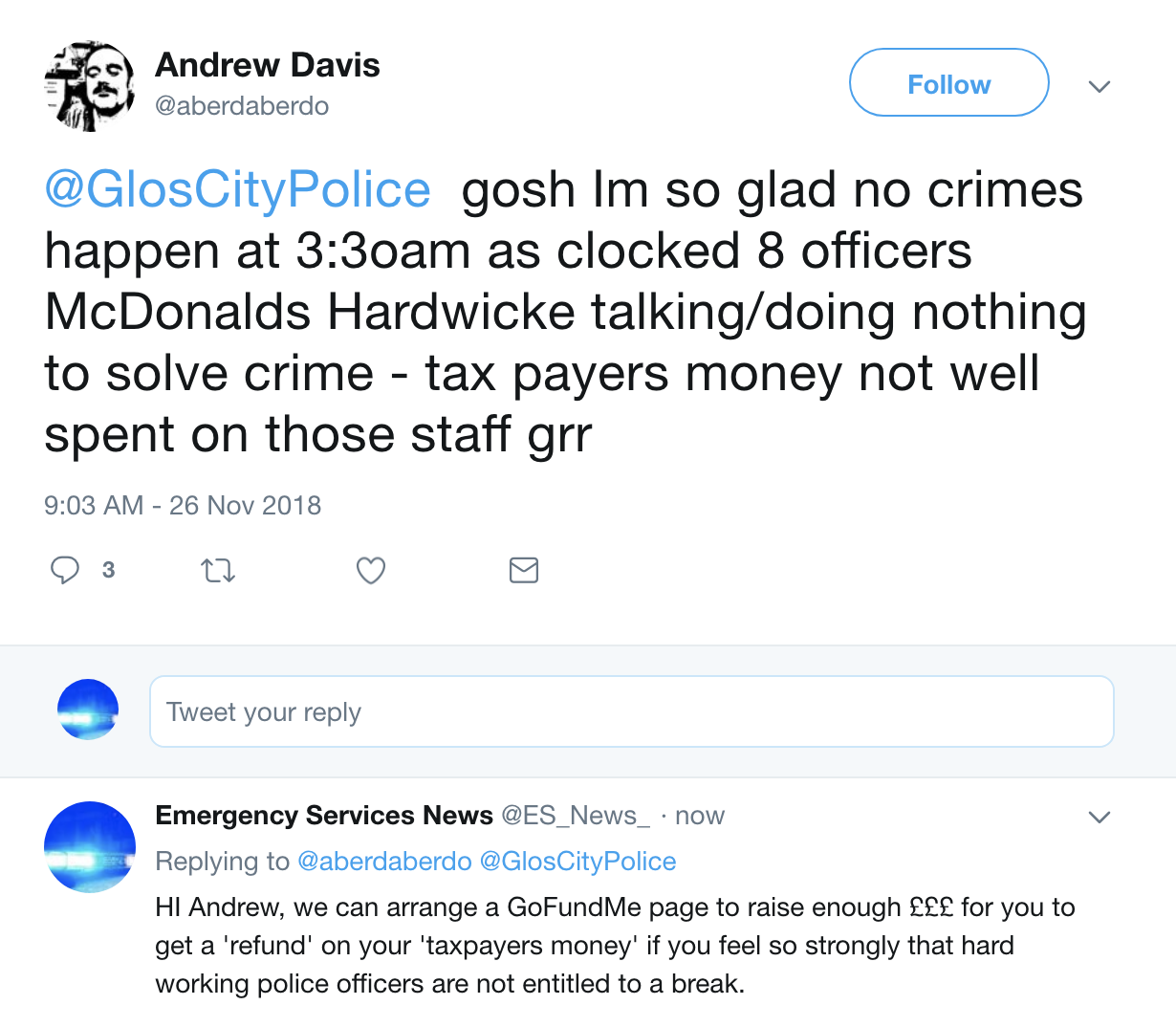 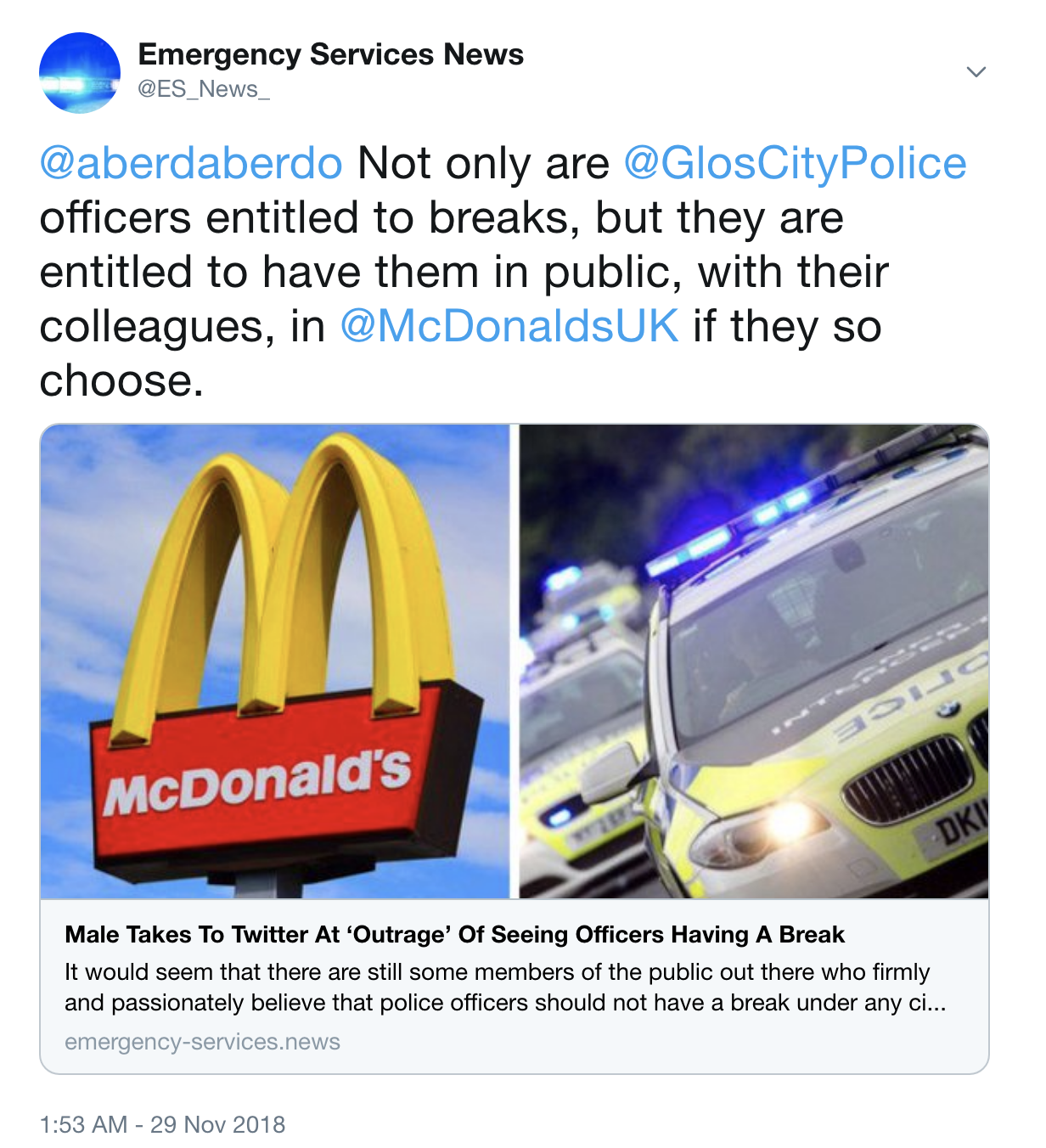