Male Apprehended After Breaking Into Warehouse Where £250,000 Of Laptops Were Recovered Nearby

Often by the time police get to a burglary in progress call, the individuals involved have often already left the scene.

Of course, this isn’t always the case and every now and again police response team officers will arrive whilst the suspects are still on scene.

And that is exactly what happened over the weekend when the police in Daventry responded to an alarm at a huge warehouse that is used for storing high-value electronics.

Police in Daventry tweeted that they had responded to the alarm and that a male had managed to gain access to the huge building via a roof five storeys high.

After a search of the warehouse, one male was found hiding inside the building by the police. However, that wasn’t the end of it…

Officers then conducted a search of the nearby woodland in order to see if other suspects were hiding or if any property had been discarded.

In the adjacent woodlands, police found £250,000 worth of stolen tablets/laptops!

I guess stories like this will go some way to appeasing the usual ‘individuals’ (and some sections of the mainstream media) who always tell the police that they should be ‘out catching burglars’ when in reality, most response team officers hunt tirelessly for the individuals who are responsible for these type of incidents…

That is, of course, when they aren’t having to fill out mountains of paperwork just for placing someone in handcuffs or having to deal with calls made to the police which are not police-related matters…

A great result for Police Response Team 2 in Daventry! 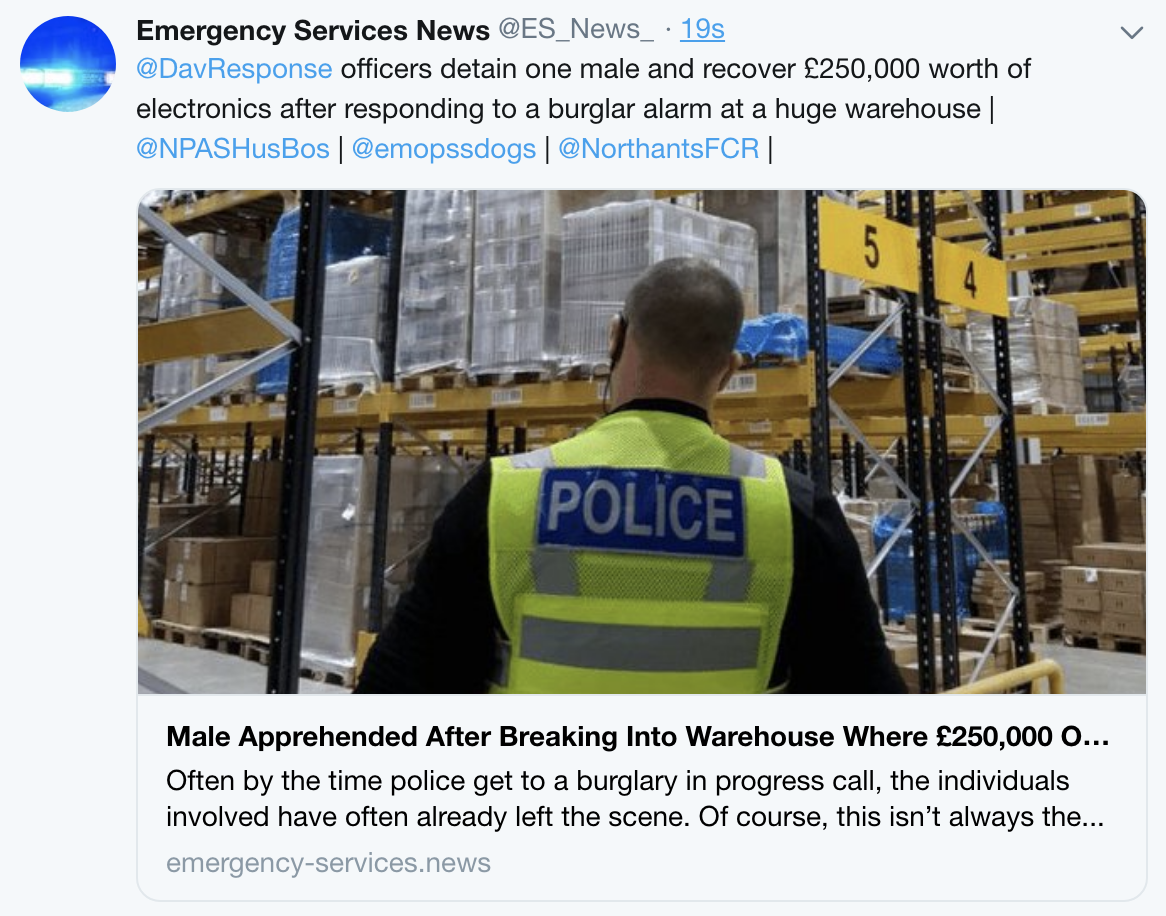