As a former Cop, when I was in the Job, then I almost expected that, at some point during my shift, then I would be assaulted or abused in some way.

But when I hear about, in this case, paramedics, being abused and assaulted then, I’m not sure about you, but straight away I get filled with rage and anger!

How on earth anyway can think that they have the ‘right’ to assault a member of the ambulance service is beyond me.

How morally corrupt does someone have to be, to think that their actions are in any way acceptable?

What goes through the mind of these individuals as they attack the very same people that could save their life!?

@LAS_Brent tweeted yesterday morning, about once such incident where their colleagues were assaulted by someone who they were trying to help.

“Our patient verbally assaulted us, threatened to punch and ‘kill’ us, trapped us in our own ambulance then spat on my crewmate twice.

“They’ve been arrested and we’ve used our Spit Kit to provide physical evidence as well as statement.

Hopefully, the new Assaults on Emergency Services (Workers) Act will ensure that when the buffoon who did this to the crew gets sent to Court, then the Court will adhere to the 12 month custodial (NOT SUSPENDED) sentence that should be handed down to anyone convicted of assaulting a member of the emergency services.

Our emergency services have had enough of vile individuals assaulting and abusing them.

The general public too, the 99.9% of people who actually appreciate the work that our emergency services do have had enough as well! 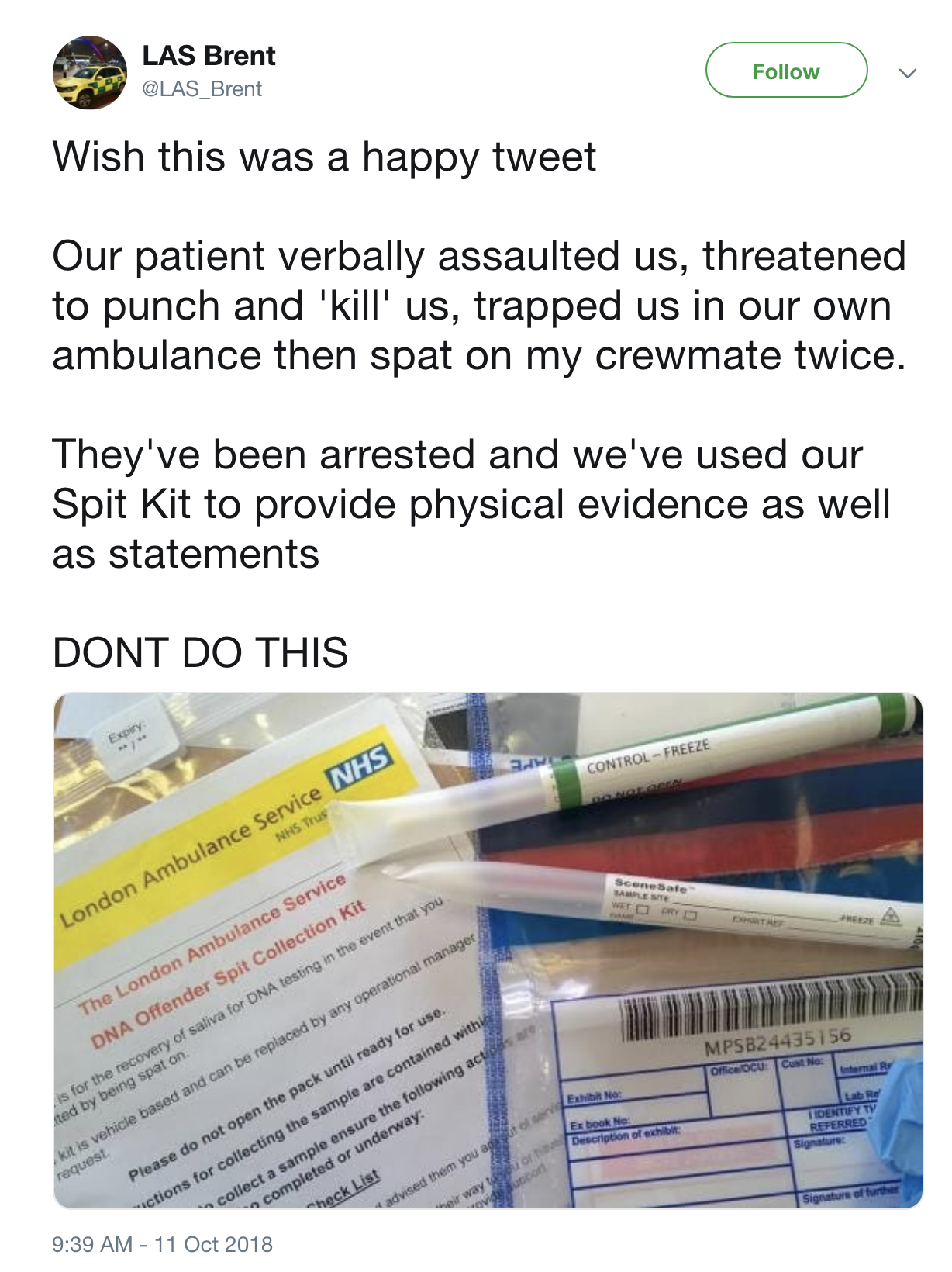 Vehicle Stop & Search Leads To Seizure Of £40K Worth Of Drugs