Ten fire engines and around 70 firefighters were called to a fire at a flat on Braintree Road in Dagenham this afternoon (26th Nov).

A first floor flat was damaged by fire.

Station manager Jeremy Barker, who was at the scene, said:

“Crews worked hard to contain the fire to the flat of origin and brought the fire under control quickly.

“Thankfully due to the quick work by crews, there were no injuries but all four people rescued have been treated at the scene by London Ambulance Service for smoke inhalation as a precaution.”

One adult and two children also left the building before the arrival of the Brigade.

The Brigade’s 999 Control Officers took 24 calls to the fire.

The Brigade was called at 1532 and the fire was under control at 1628. Fire crews from Ilford, Hornchurch, Dagenham and other surrounding fire stations attended the scene.

The cause of the fire is under investigation. 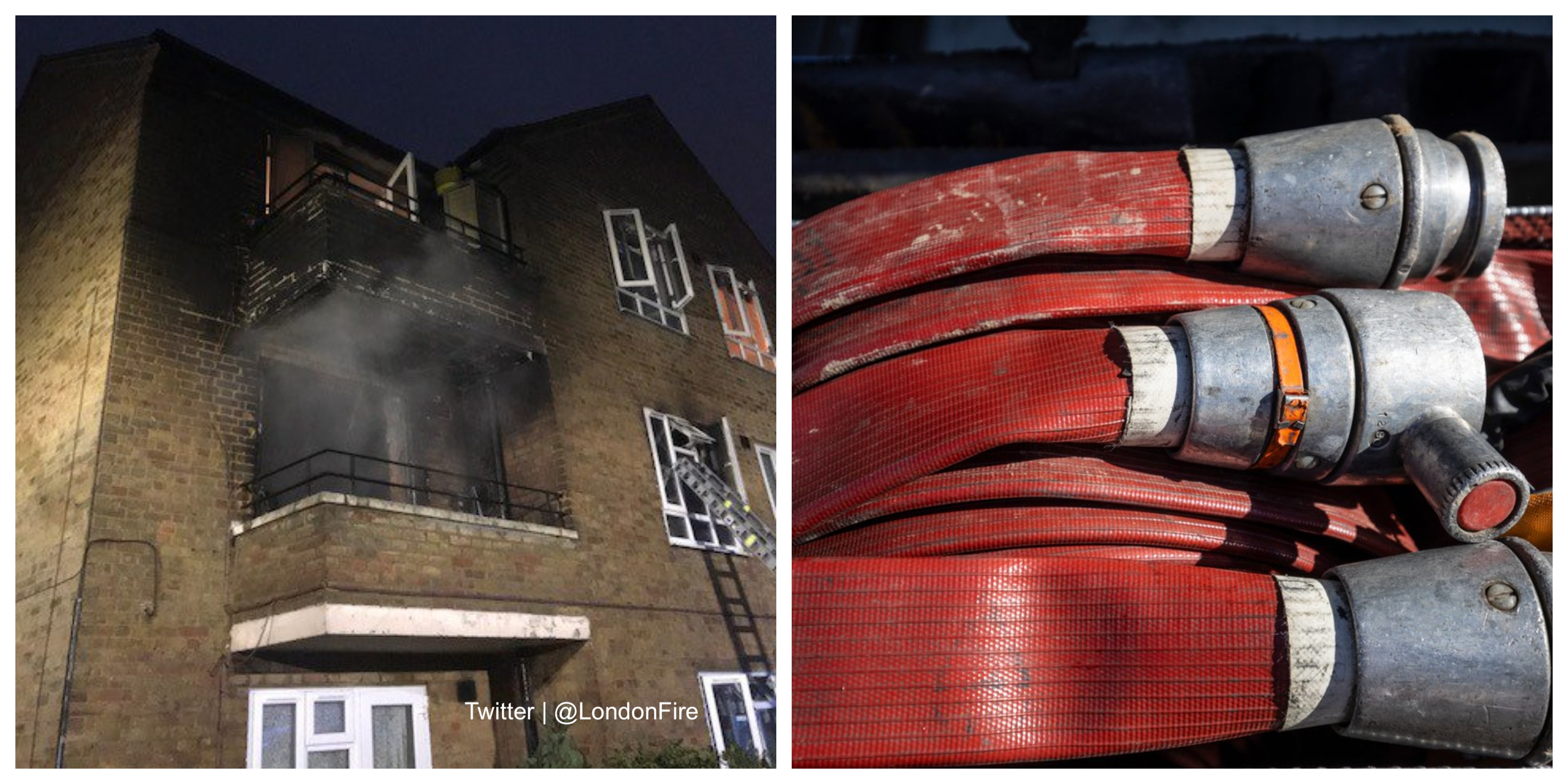 We are proud to act as a voice for the emergency services, with over 400,000 people visiting our website each month.