We have recently covered a few stories where police officers have helped out newlyweds etc who have ended up getting into various ‘situations’.

But it would seem that the kindness and willingness of our police officers to help people with non-police related matters is starting to become more widely reported on.

Police officers have always gone out of their way, whenever they can, to help polite and friendly people who have gotten themselves into a bit of a ‘pickle’ –  it’s just that these acts go largely unreported by the mainstream media.

The Independent.co.uk reported just a few hours ago that Fiona Bruce ‘had’ to flag down a police car so that she could get to her studio in time for the 6 o’clock news.

Because of some issues at her usual place of work (Broadcasting House) Fiona and her team made their way to the BBC’s Milbank Studio instead.

But, as is often the case in London, the team became stuck in standstill traffic and were making virtually no progress.

Seeing a marked police vehicle, Ms Bruce managed to convince a police officer to help her and her team out and they managed to get to the studio with minutes to spare.

Ms Bruce told reporters from the Independent: ‘I’ve never had to do that before in 19 years of presenting the new.’

“In a taxi with Fiona Bruce and editor of BBC News At Six heading for Millbank.

“Now in a police car being escorted through the demo. BBC News is at stake!” 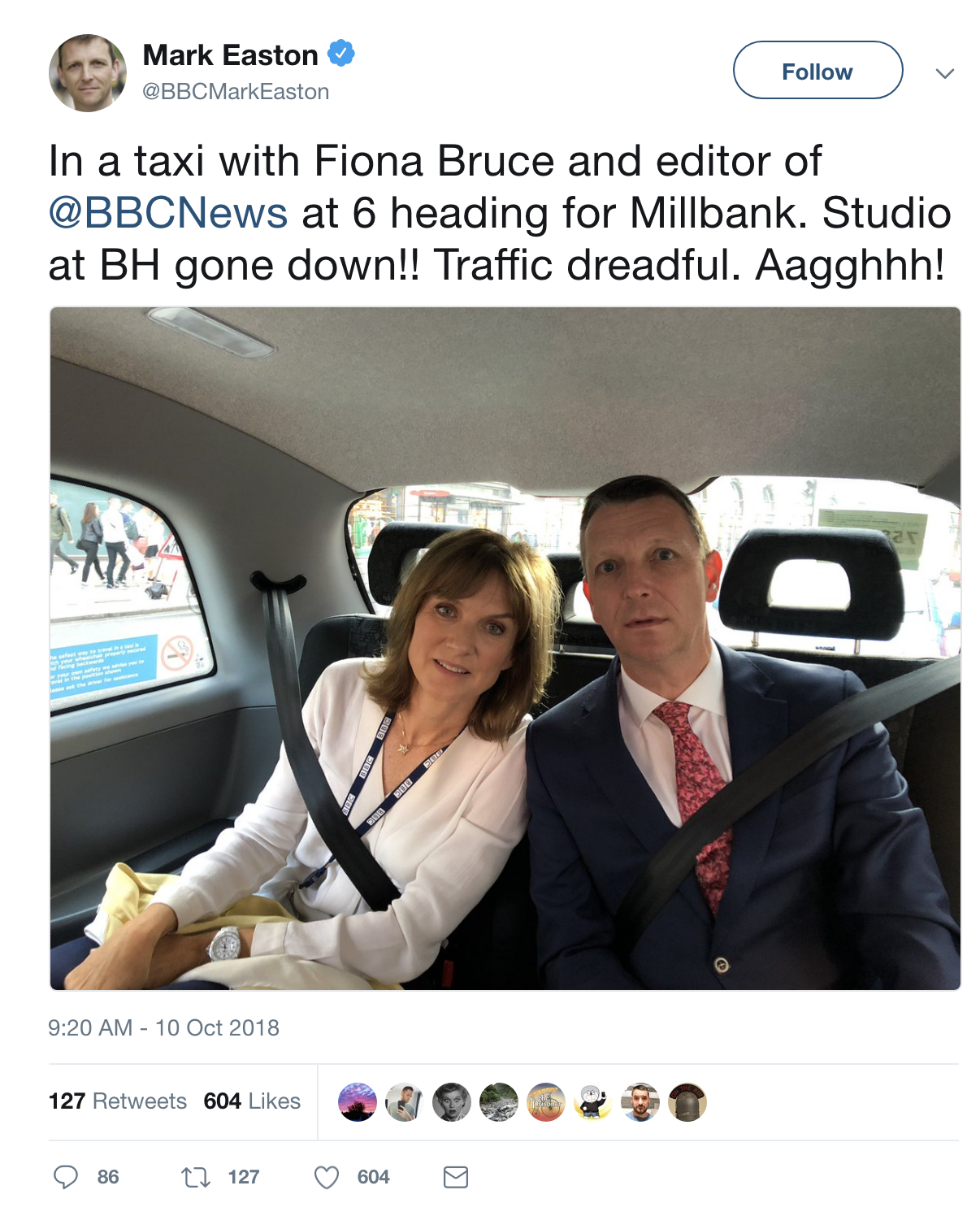 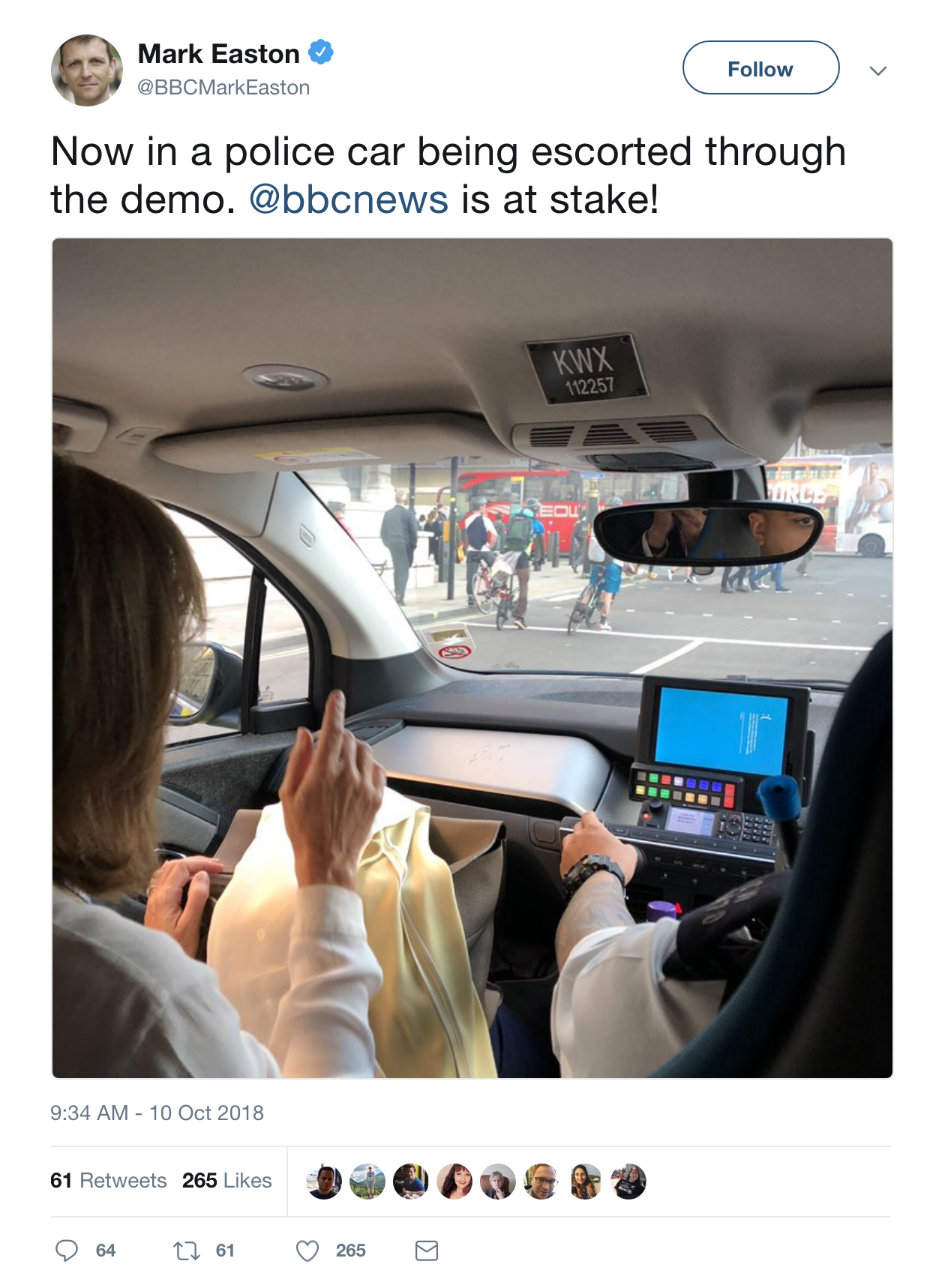 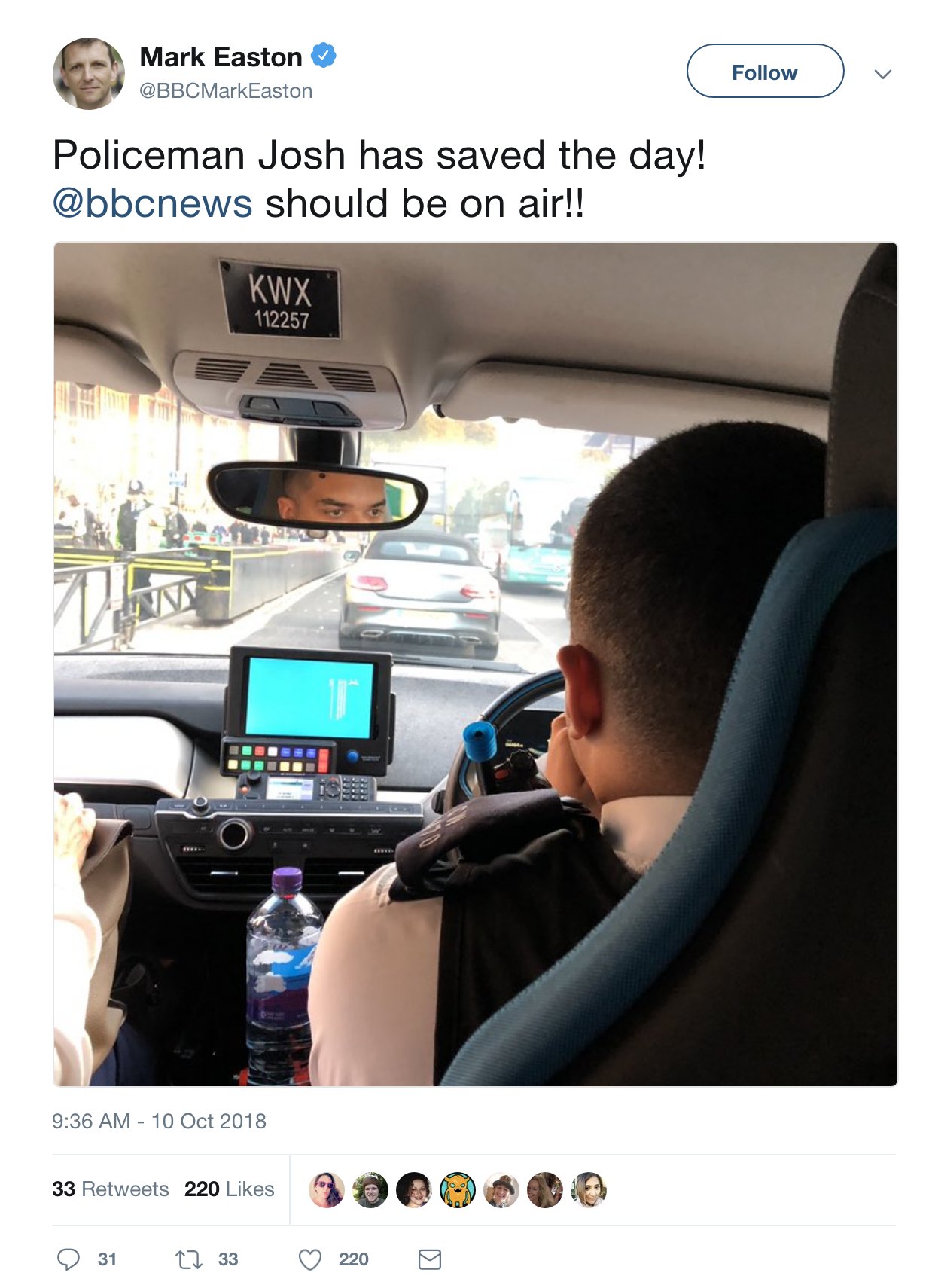 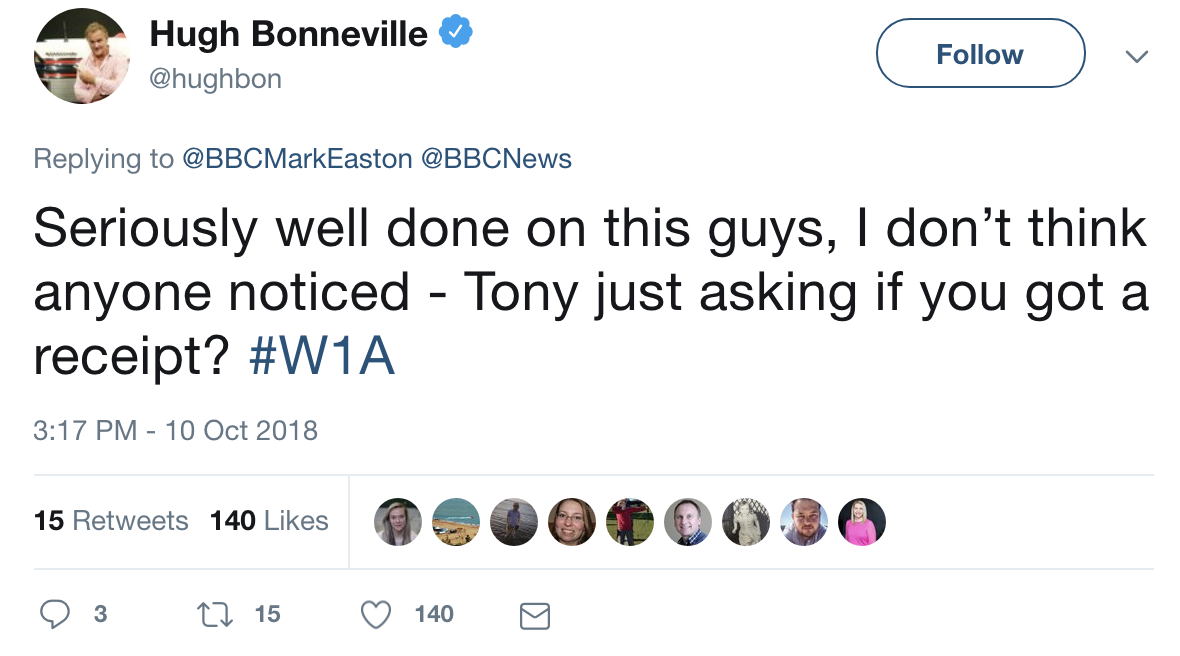 Good on the officer for helping them out – when he was under no obligation to do so. These random acts of police kindness happen up-and-down the country all of the time.

Like we keep saying, police officers are humans too and where/when they can help with non-police related matters, then they will.

Funnily enough, the last time I searched on the BBC’s news app for any information about positive stories regarding the police, typing in the word ‘police’  automatically seems to only bring up two police-related ‘topics’: “Police corruption” and “police brutality“…

Maybe the BBC, having experienced it first hand,  should now have another, more reflective and accurate category called “police kindness” instead of just ‘police brutality’ and ‘police corruption’… 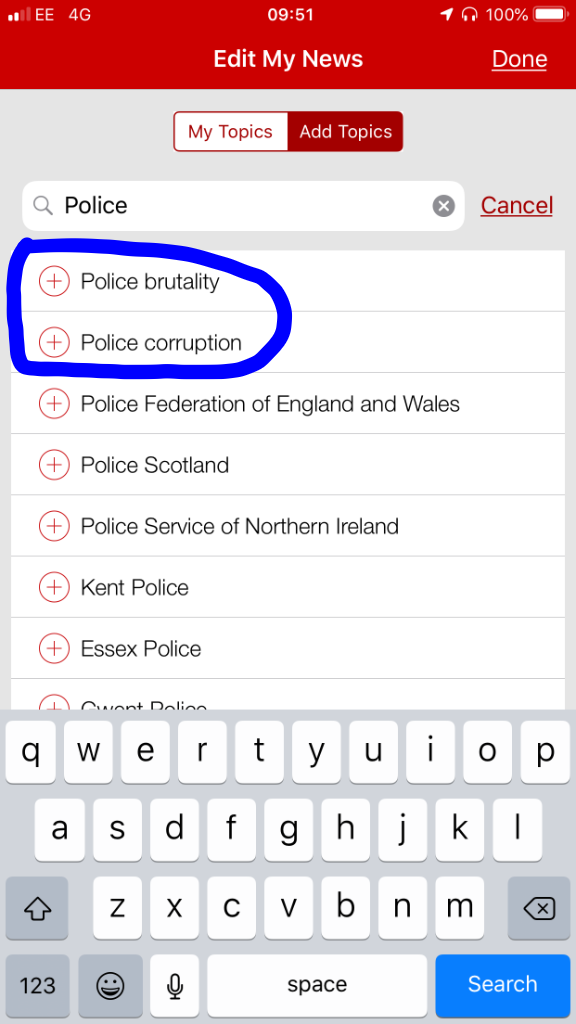 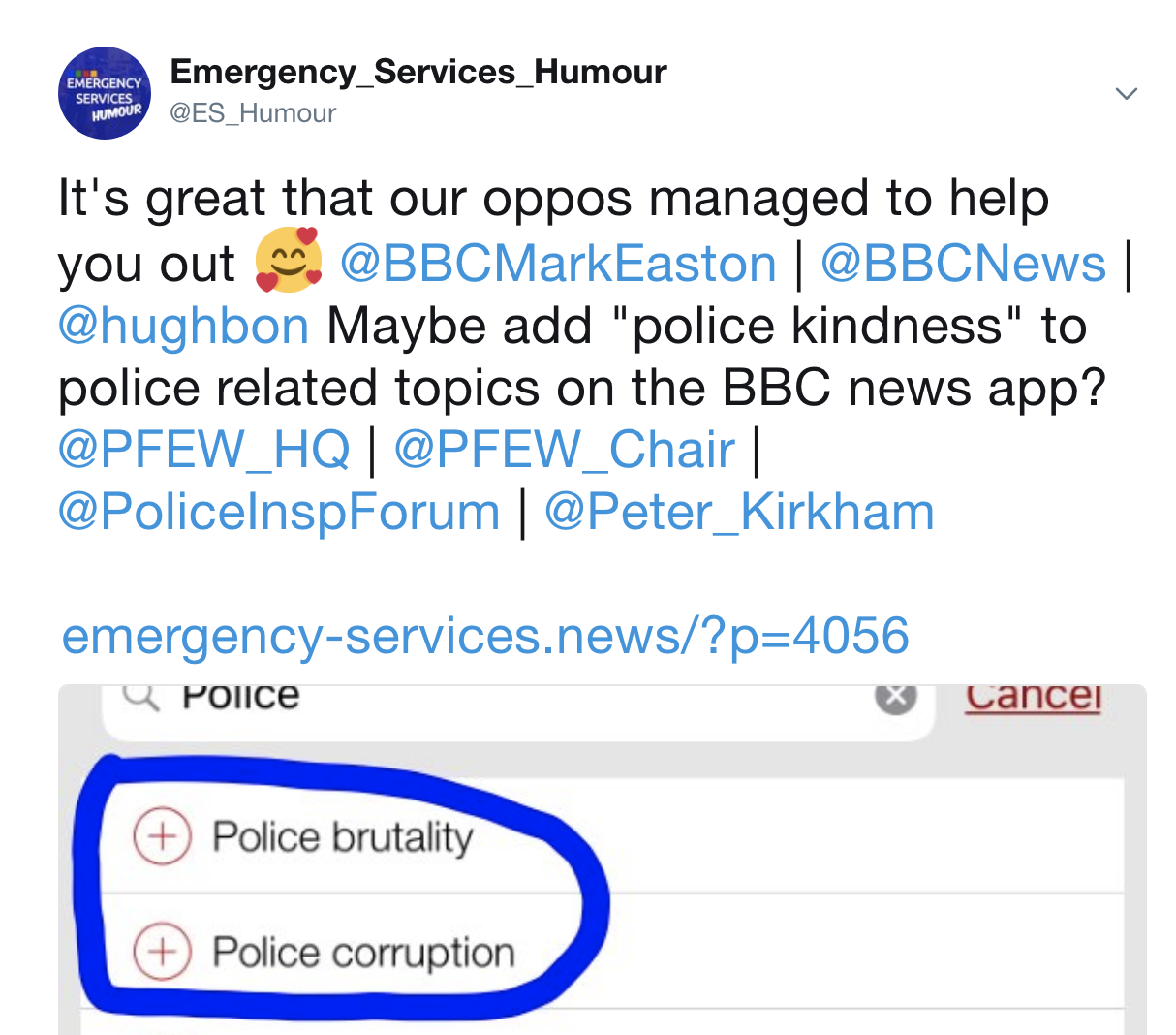