A female officer has been praised for her bravery in challenging up to six suspects and detaining one, at an aggravated burglary.

Police were called by an off-duty Special Constable just before 0400hrs on Tuesday, 27 November, to a burglary in progress at a house in Hall Lane, NW4.

Officers arrived at the scene within four minutes and a number of suspects made off on foot and in two cars.

One of the cars was pursued by police for a short time, but the pursuit was abandoned due to the extremely dangerous driving of the suspects’ vehicle.

The second car was not pursued.

Near to the scene, six suspects on foot were challenged by a police officer.

The officer had one suspect run towards her which, gave the officer cause to activate her taser.

Following which, she was able to detain one man.

A second suspect was arrested both of whom have been taken into police custody. A firearm and ammunition were recovered.

There are four – six outstanding suspects. Some of whom made off on foot while the others left in two vehicles.

Detectives from the North West Command Unit are investigating.

It was established that the venue was being used as a cannabis factory. At this stage, there have been no further arrests.

“Police were called by an off duty special constable from Barnet to the burglary just before 4am.

“Whilst this turned out to be a burglary of a cannabis factory the response by my officers including, PC Christie Donald challenging the suspects as they ran towards her, tasering one and recovering the firearm demonstrates the split second, potentially life or death decision making, that officers are required to make every day.”

“I am immensely proud of Christie and all the team.

“We have arrested two suspects but still have outstanding suspects to apprehend.

“The investigation team will take this forward however, we welcome anyone with information relating to this matter, to report it through to us either online or by dialling 101.”

Enquiries are ongoing to identify and trace the outstanding suspects and vehicles. 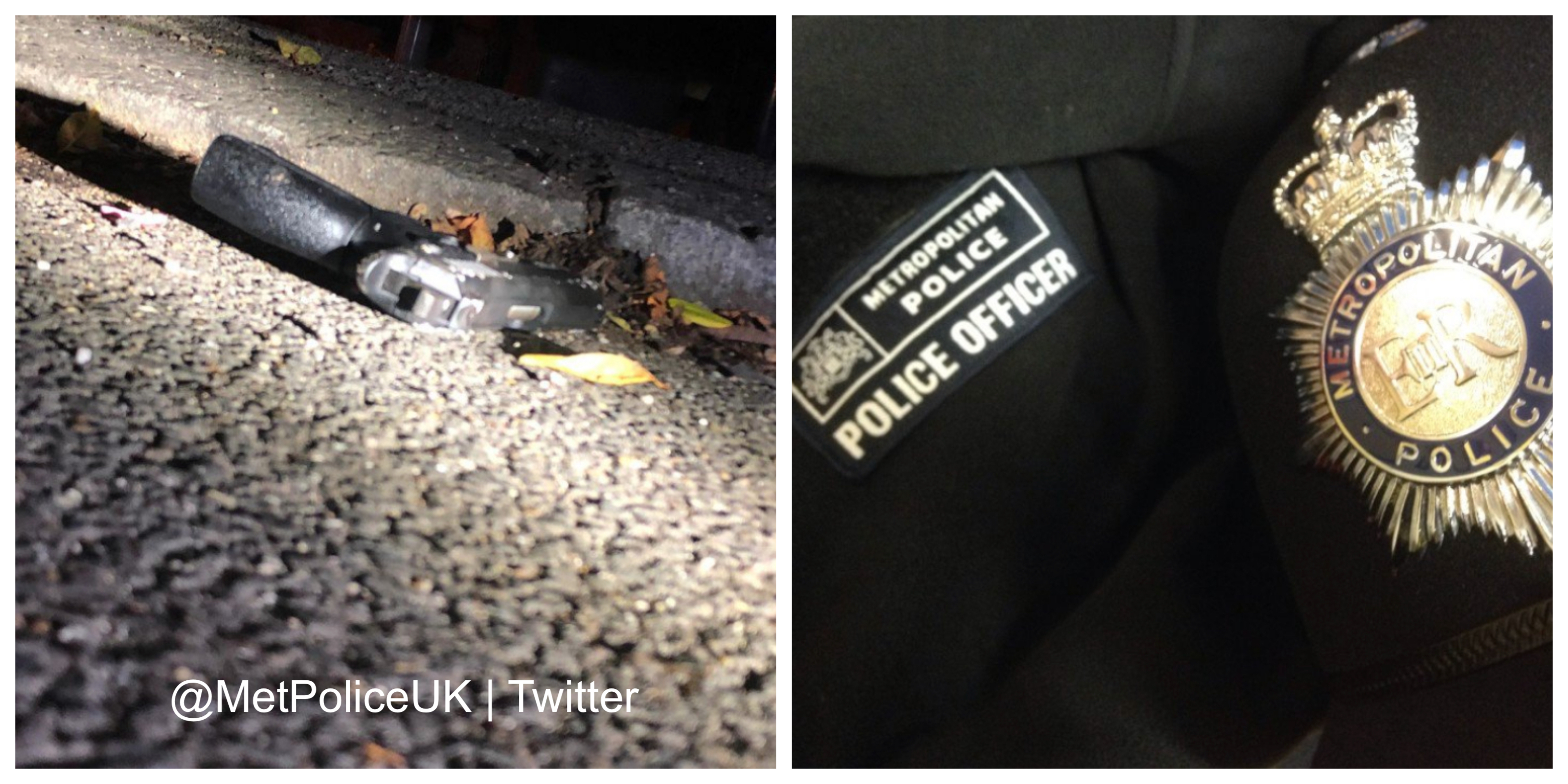