Could This New Drone Technology Help Or Hinder The Police?

This new drone technology could be a police officer’s best friend, or it could be their worst enemy; depending on how you see it.

Currently, if a fight breaks out or if an altercation occurs in the street, then the police (in the majority of cases) rely on members of the public or council CCTV operators to raise the alarm. Unless, of course, you just happen to be on patrol and stumble over the incident.

However, this technology could be set up to monitor certain places, such as high streets or the areas around high-value security hotspots in order to raise an alarm as soon as any trouble is detected.

The technology analyses the movements of individuals and makes an assessment as to whether or not those individuals are moving in a way that is likely to indicate that they are becoming violent.

The video below shows just how this technology works and it is fairly easy to see how, if ever this technology was introduced into this country, then the world of policing could change forever.

In the vast majority of public order incidents, then by the time a fight has started, a witness has seen the fight and decides to call 999, then around 5 minutes would have passed. 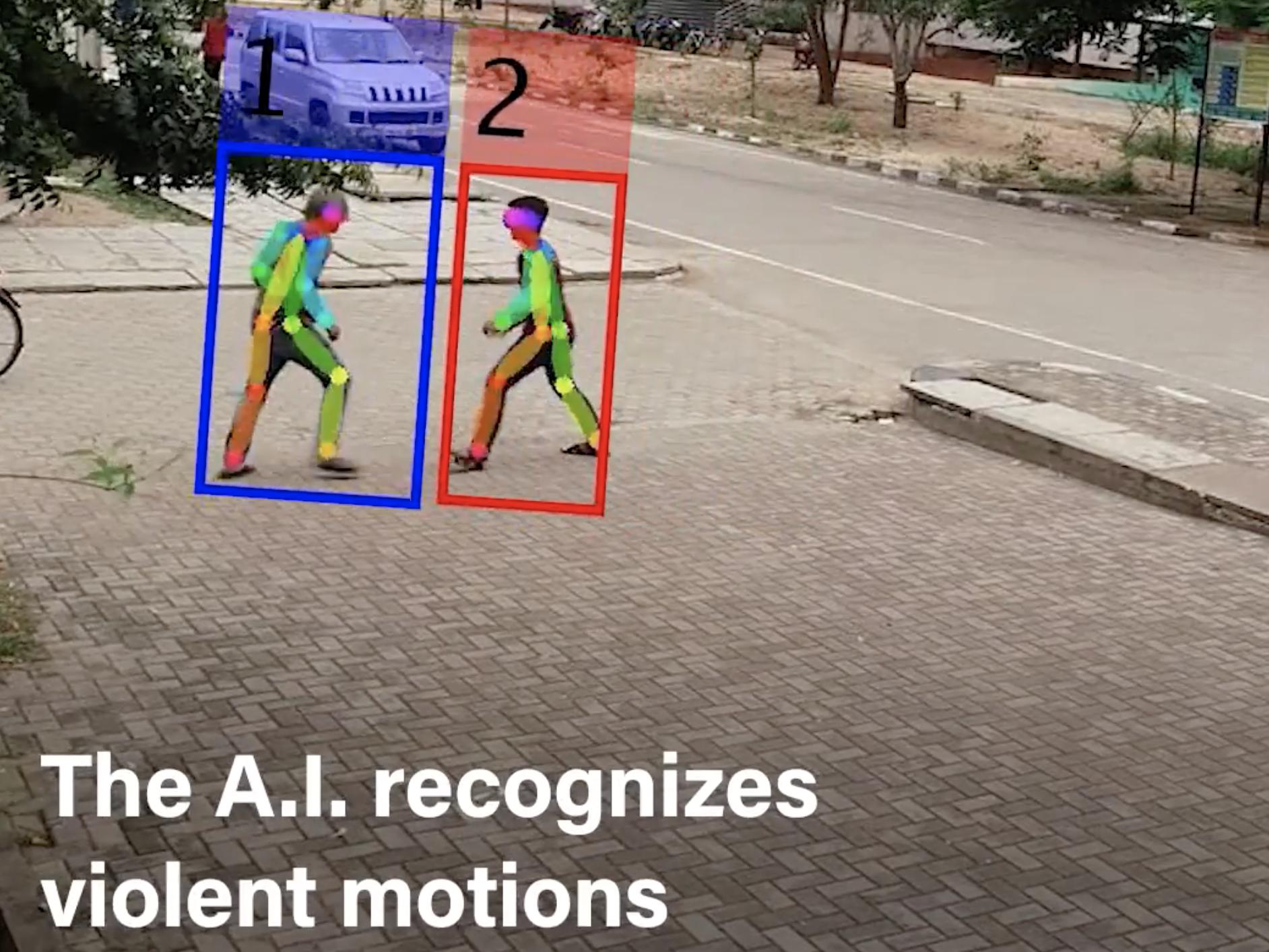 And ask any Door Supervisor who works in a nightclub or pub about how long the average fight lasts, then they will tell you that it is probably over in just a few minutes.

But with this technology then you can imagine it automatically created a CAD that would be sent down to the MDT of the nearest unit – and this could all be done in a matter of seconds.

Although, with the current numbers of police officers on the streets being as low as they are, following the ridiculous cuts which were made by the Government, there would have to be a heavy investment in more ‘boots on the ground’ before this sort of technology was introduced here in the UK.

One commentator even suggested that individuals involved in a fight could have ‘health bars’ above the fighters – although this suggestion was quite clearly made in the best traditions of satire, it wont be long before technology can remotely assess the vital signs of people.

Coming from someone who has both served in the police and as someone who loves technology, then the future, for me at least, is an exciting prospect.

Assuming, of course, that we can sort this whole BREXIT mess out….

We are proud to act as a voice for the Emergency Services & Health Service, with over 450,000 people visiting our website each month.