Over the weekend, we reported on an incident that happened in Liverpool Street, N1, London, where officers were attacked after being called to reports of a large fight.

During the incident, officers sustained injuries after a male allegedly attacked them with what was reported to be a large knife.

An update on the Metropolitan Police website about an hour ago confirmed that:

“A man arrested on suspicion of attempted murder, after four police officers were injured on Saturday, 6 October, has been charged.

“He was remanded to appear at Highbury Magistrates’ Court on Monday, 8 October.

“A second 19-year-old man, [B], who was also arrested on suspicion of affray and burglary has been released under investigation. 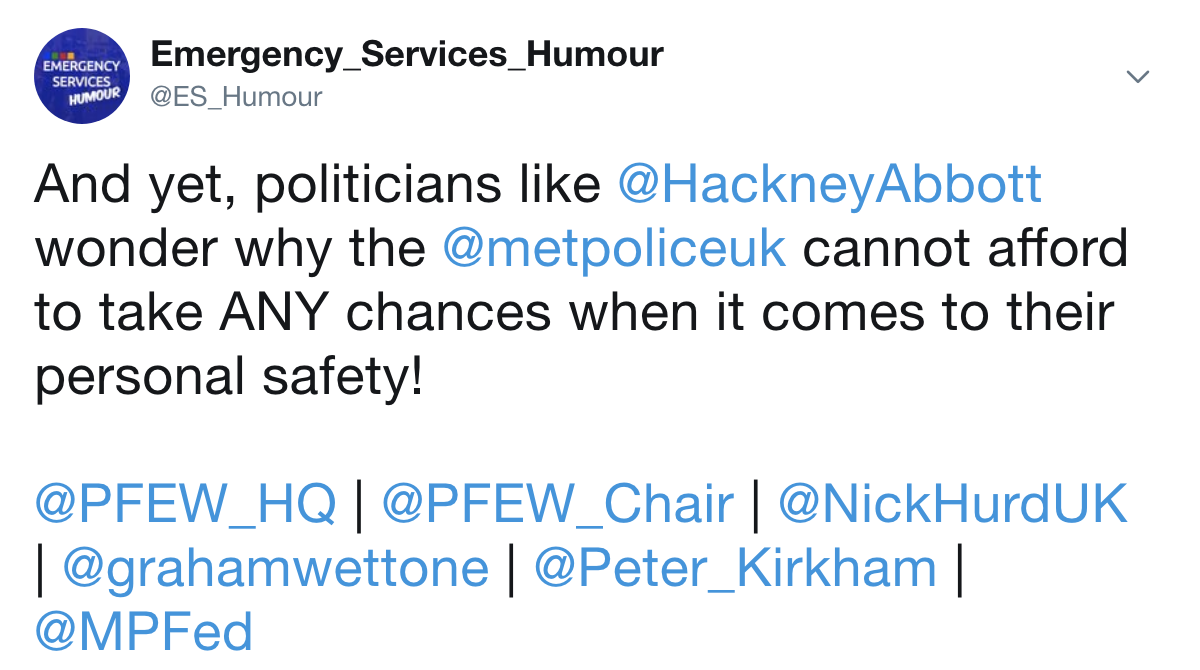 “All four officers have been discharged from hospital.

“This follows an incident at a residential address in Liverpool Street, N1 at around 22:45 hrs on Saturday, 6 October.”

This incident only goes to prove the threats which police officers face on a daily basis and why they have every right to defend themselves and to prevent themselves from being exposed to the threat of serious harm.

We mention ‘prevent themselves from being exposed to the threat of serious harm‘ because when you see video clips of police officers restraining people, then it’s probably because previous experiences have taught police officers NOT to take any chances.

It would seem, however, that some politicians out there choose to ignore this simple fact.

Just remember, that when you do see clips on social media of police officers trying to restrain someone, then its extremely rare that you EVER see what has immediately led up to that event.

We only wish, that the police would be more willing to release the body worn video footage of incidents which police officers have to deal with.

It might then deter certain ‘news’ outlets from trying to brainwash the general public.