Imagine, for a moment, that you are just minding your own business, going about your day when the spawn of Satan decides that they are going to stab you for no apparent reason whatsoever.

Thats exactly what happened to an off-duty PC who become another victim of yet another savage knife attack with the incident being caught on CCTV.

A statement on the West Midlands Police Facebook page said:

“Detectives investigating the stabbing of an off-duty policeman in Walsall yesterday (5 September) have released CCTV footage of the attack.

“Officers were called to Moreton Avenue at around 1:30pm where he was found with stab wounds to his chest.

“The victim -aged 25- an officer from West Mercia Police – was approached by another man who demanded the keys to his car before lashing out with a knife.

“He was taken to hospital and treated for his injuries which fortunately were not serious; he was discharged later that day and is recovering at home.

“We are appealing for anyone with information on what happened to come forward and speak to us.

“The offender made off from the scene in a dark blue Ford Fiesta.

“He was wearing dark clothing but, as can be seen in the video, the hood appears to be of a shiny material. Do you recognise it?

“If you know anything, no matter how insignificant it may seem, please get in touch as it could be vital to our investigation.

“Anyone with information is urged to contact West Midlands Police either via Live Chat at west-midlands.police.uk between 8am to 9pm, call 101 anytime or contact Crimestoppers anonymously on 0800 555 111.

It was only by sheer ‘luck’ that this police officer was not killed and this could have happened to ANYONE who just happened to be driving the Mini that the thief was allegedly after.

It used to be the case, that criminals wanting to deprive you of your vehicles would ‘just’ break into your car and bypass the vehicles security.

But as motor manufacturers build vehicles with every-better security systems, then these criminals have now instead taken to robbing people at knifepoint for their keys.

These nasty creatures must be taken off of our streets and must be locked up for the rest of their lives. To believe that these serious criminals want to ‘change their ways’ is naive at best and reckless at worst.

Don’t get me wrong, I am sure there are some who, having seen the pain which they cause to people, decide to walk away from the path of evil. But the instances of such a change-of-heart are unfortunately quite rare.

Someone will know something about who this individual is and if you do, then you need to ask yourself if you want the murder of someone to be on your conscience – especially if you do not give the police the information which they need in order to find those responsible and then the person(s) behind this savage knife attack go on to commit further crimes which result in someone losing their life.

These criminals are trying to ruin the lives of people who, unlike them, actually try to give something back to society rather than taking something from it. 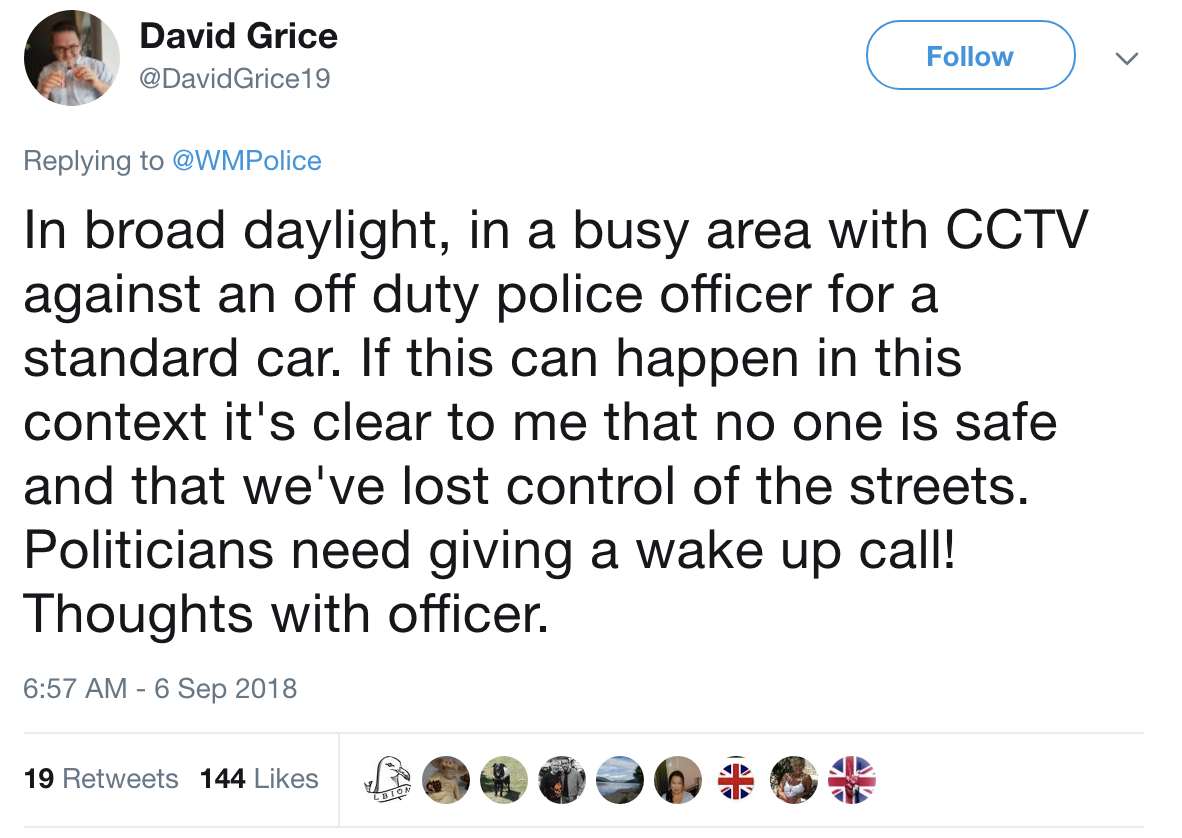 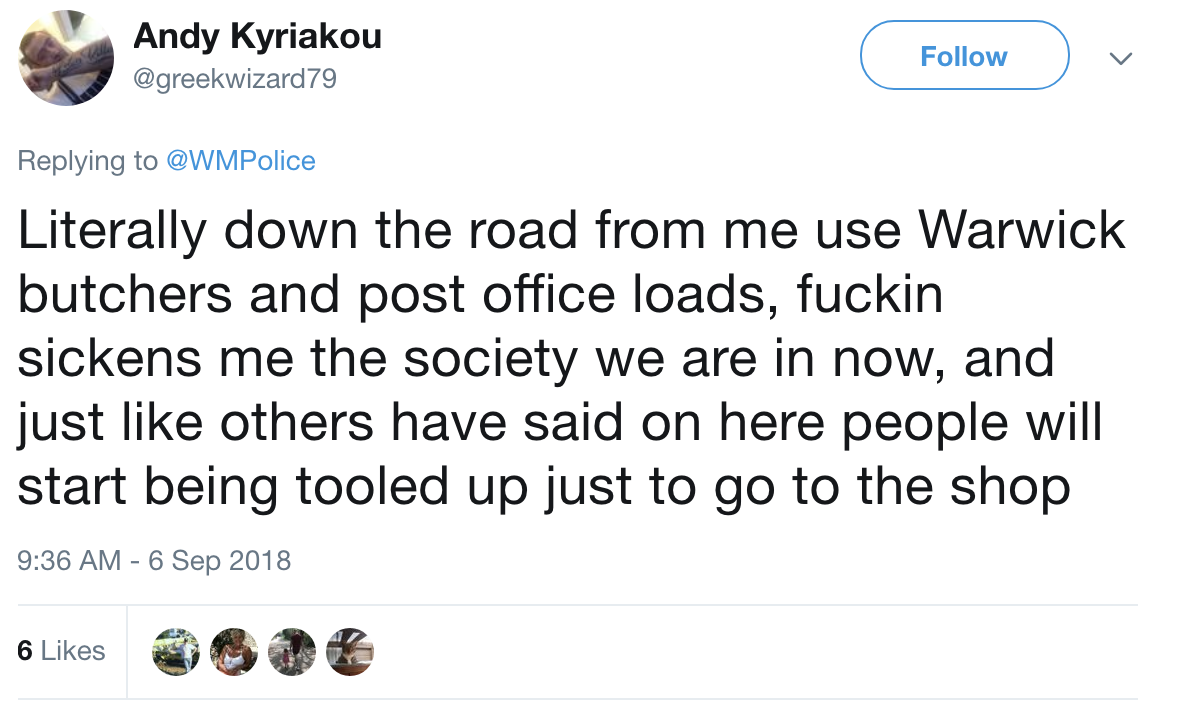 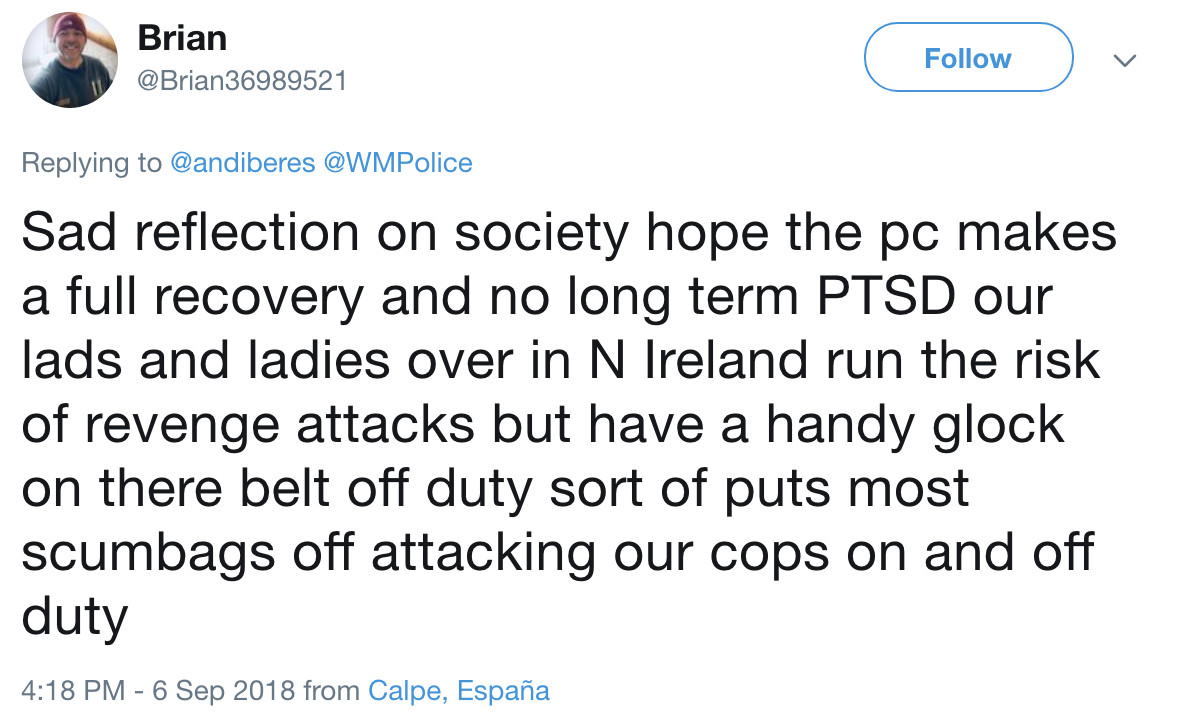 I am not a betting man, as I tend to find that whatever sporting event I back, then the outcome is always the reverse of what I need it to be in order to win.

But I am going to take a guess and say that the individual(s) behind this attack have, at some point, been arrested before and maybe even for similar offences.

Out of all of the street robbers I ended up nicking whilst I served in the Met, I cannot remember one who had not been arrested AT LEAST once before.

And that is based on my actual experience of policing the streets rather than just reading about this sort of thing before talking about it on giving my opinion on what’s going on.

Ask any other Copper who has served on the front line in any city and they will probably tell you a similar thing.

According to the website FullFact.org, in 2016 the UK spent £13.4 billion on overseas aid.

Now, I am not against overseas aid, because there are people out there who need our help because their Governments are letting them down and do not care about them (similar to how some people feel we are being treated in the UK).

But should we not be getting our own s**t in order before we starting send billions of £’s of taxpayers money overseas?

So why don’t we say to the recipients of our foreign aid that:

‘sorry, we have got some issues which we need to sort out in our own country, so next year you won’t get any money from us, but we will have another look at things in a years time’.

As ever, these are just my own humble opinions and I am sure you will have yours just as I am sure that many people won’t agree with my methodology.

And that’s fine – we don’t have to agree.

I am just basing my ‘idea’ on how I saw the world when I was in the military, how I saw our country when I served in the Met Police and how I see things now.

Let’s hope that our oppo makes a full and speedy recovery and that the individuals behind this savage and evil attack are soon caught.

Written by one of the many admins of Emergency Services Humour.