APPEAL: Help Police Find Driver Of STOLEN Car Who Made Off After Hitting Wheelchair User (VIDEO)

Can you help the police to track down the coward who hit a male in his 60s, causing him life-changing injuries, before fleeing the scene.

“We need to find this driver after an electric wheelchair user was hit by a car which then drove off. Someone must recognise him from this clear image.

“Let us know who he is. Live Chat at West-Midlands.Police.uk or call 101”.

This could have been ANYONE’S family member who was just minding their own business, crossing the road before getting struck by this coward who was driving the stolen Skoda.

Please make sure you watch the video and take a look at the images (screenshots) which we have screen-grabbed from the video itself.

Someone out there will know who this individual is and someone with a conscience will see the determination of the driver to flee the scene as the wheelchair user lay on the ground with serious injuries.

You only need to watch the video to see how dangerously and how fast the driver of the stolen car was driving – it really could have been anyone who was crossing the road at that point.

We hope that the victim makes a recovery and we hope that the vile individual behind the wheel of the stolen car that hit the wheelchair user gets caught and is made to pay for his totally outrageous and cowardly actions. 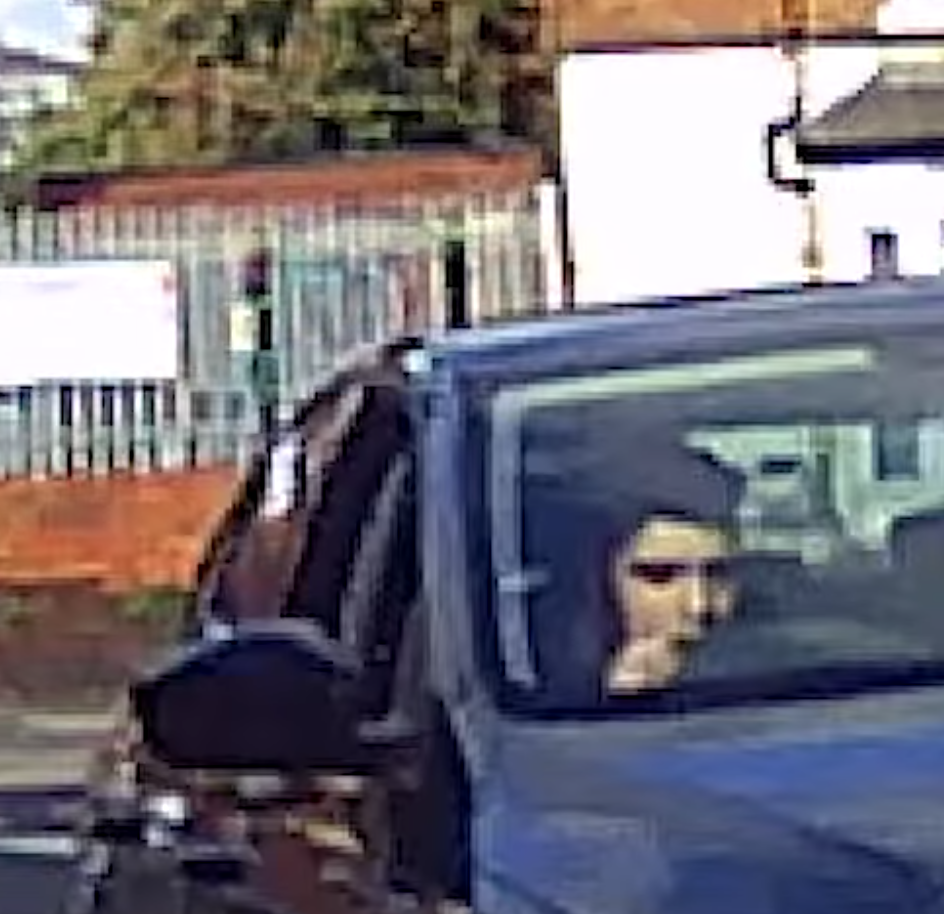 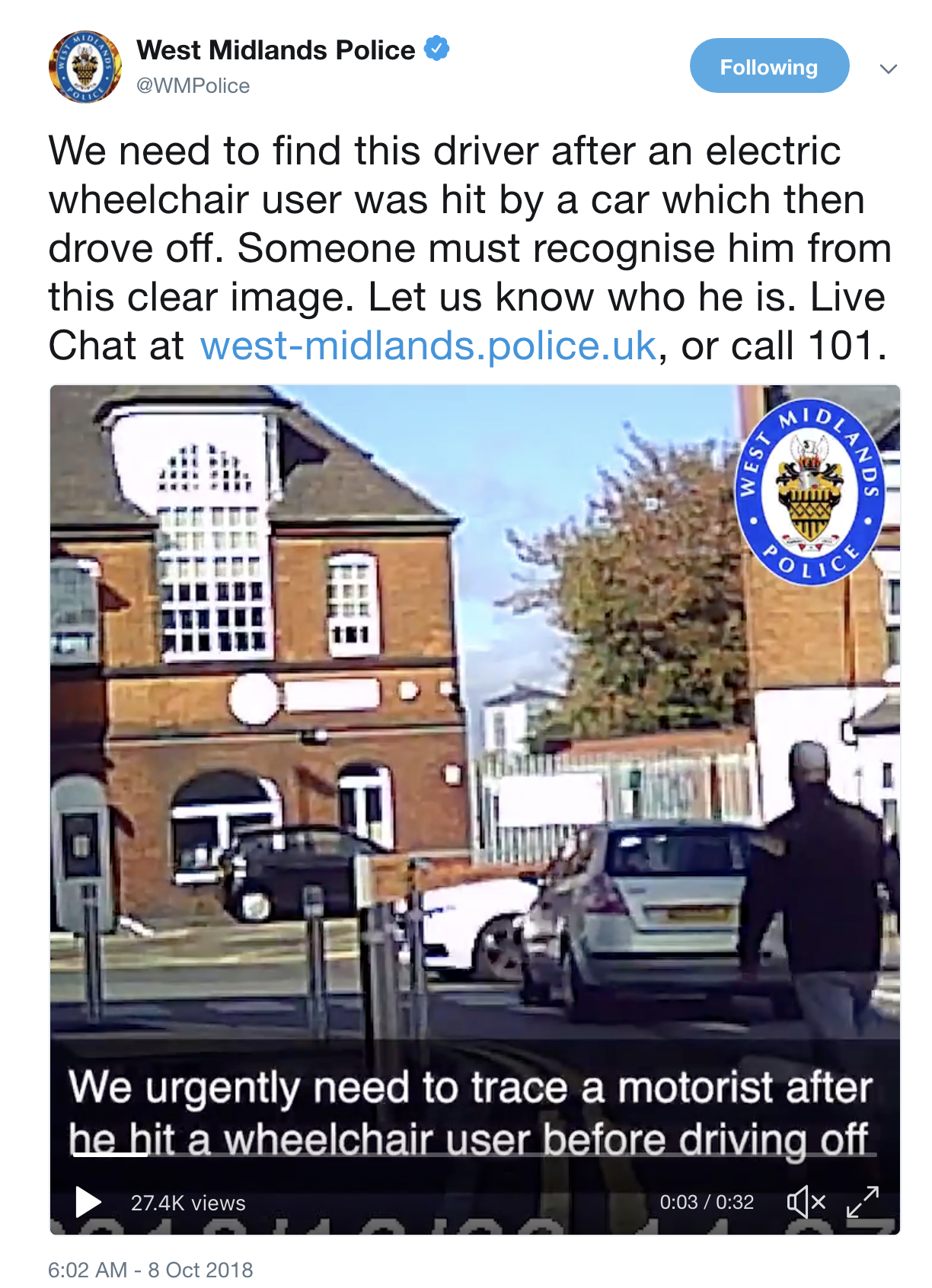