Many NHS Ambulance Trusts could only respond to LIFE THREATENING calls over the Christmas and New Year period. Here’s why… 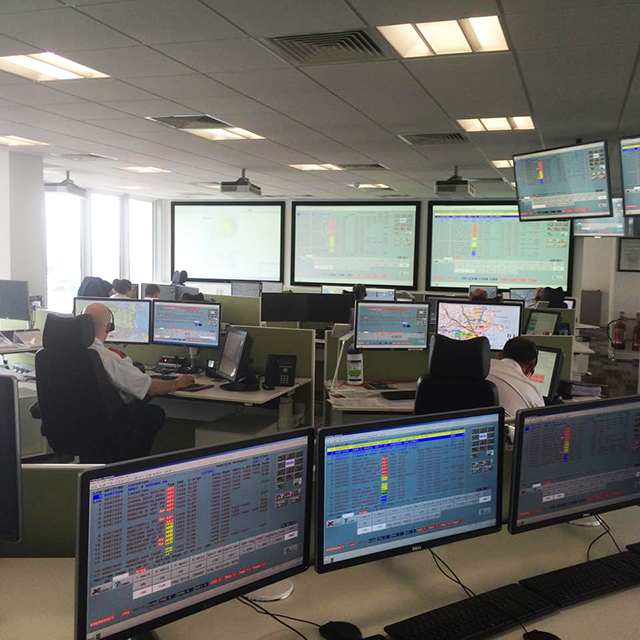 We all know the NHS is on its knees. Buggered. Broken. Whatever you want to call it. And depending where you look, everyone has their own pet theories on why it’s all gone to hell in a handcart. Underfunding. Poor management. Immigration. An ageing population. You name it. Everything but the unpalatable truth!

Having worked pretty much all of Christmas, I can tell you exactly what the biggest issue is. Us! Society in general and an NHS that’s scared of its own shadow.

Firstly, society. We have managed to raise a series of generations with absolutely bugger all common sense, no coping skills and a sense of self entitlement that has to be seen to be believed. Gone are the days when you’d fall over, break your arm and your Mum would sigh, bundle you into the car and run you up to A&E, all the while bollocking you for ruining a perfectly good jumper. Oh no. Now, you ring for an ambulance! No more taking to your bed, waiting for a sickness bug to work it’s way out of your system through a variety of orifices. Why suffer in silence when you can call an ambulance? Fallen over? Call an ambulance. Drunk yourself into oblivion? Call an ambulance. Can’t afford a taxi. Call an ambulance.

Yet again, our emergency services were over-stretched and under-resourced over the festive period

Then there’s mental health. Now don’t get me wrong. True mental health problems are crippling and serious but I can’t help thinking that we’ve created a whole shiny new set of them ourselves. I listen to people whining about how they’re crippled by student debts from University and have no hope of getting on the housing ladder etc etc. How we had it so much easier. Did we? Really? I never got the chance to go to Uni. Few from my generation did. We just got on with it. Worked our way up the ladder with hard graft.

The real irony is that we now find ourselves ruled out of certain jobs because apparently, real life experience counts for nothing. Bloody good Ambulance technicians with 20 years experience, stuck because they don’t have a bit of paper to wave around. Experienced Coppers that have been pounding the streets for years, commanded by people half their age who’ve barely touched the pavement but boy, do they know all the theory. As for the housing ladder, since when was that a God given right anyway?

Anyway, I digress. If you spend enough time telling people how tough they have it, they’ll start to believe it. Don’t give them ‘Safe Rooms’ and throw antidepressants around like sweeties, thereby setting up the chain of inevitable side effects.

Idiots who cannot control their drinking were largely to blame

Teach them how to cope! Teach them that life isn’t fair and sometimes, you just have to pick yourself up, dust yourself off and get on with it. Don’t get me wrong. I’m all for raising awareness and breaking down the taboos but surely there has to be a middle ground somewhere? You would not believe how many resources are wasted running around breaking down doors because someone has had an argument with their partner and posted some cryptic note on social media. Meanwhile, those that genuinely need the help aren’t getting it because they’re buried amongst a sea of bloody snowflakes!

Which brings me nicely to the NHS. Like most Trusts across the country, we have been hammered over the Christmas period. So much so that for the first time ever, we have been forced to tell all but those with immediately life threatening conditions to make their own way to hospital, wait for their GP to open, self medicate etc. And you know what, magically, they’ve managed.

Of course, there are still the chosen few that know what to say to get what they want but on the whole, given no choice, people have suddenly figured out how to help themselves.

So why can’t it always be like this? Why can’t we refuse to re-attend the patient that called an ambulance and then decided they didn’t want to listen to the crew first time round? Why can’t we suggest that people make their own way? Go to the pharmacy. And frankly, in some cases, grow a set? Maybe then, we could actually help those that really do need our help. Not leave little old ladies lying on the floor with broken hips for hours on end because we’re running around after drunken idiots.

Why? Because no one in the NHS ivory towers has the balls to say “Enough!” They’re too busy micro managing the stuff that doesn’t matter, while missing the bleeding obvious stuff that does, and all the while running scared of being sued and ending up all over the media. If only they realised that the mistakes that do happen are generally because the system is overloaded, severely abused and as a result, staff are burnt out and morale is on the floor.

Written by someone serving on the Thin Green Line (UK), who is also a regular contributor to our Digital Magazine, S__ts & Giggles…

Morale is at an all-time low. Again.

Let us know what YOU think in the comments below! Cancel reply

“I Don’t Want Them To Hear Me Crying” | Anon Paramedic

This has been written by an anonymous paramedic with the pen name of ‘Para Fear’.  We will add a link to their social media page

‘I’m A Doctor And An Infectious Diseases Specialist. I Am Not Scared Of Covid-19’ | Guest Blog