by John Johnson
in Emergency Services News, Police Service, You Couldn't Make it Up
3 min read
2

A man from Reigate has been given a SUSPENDED SENTENCE despite being convicted of SIX counts of assaulting a police officer and one count of criminal damage to a motor vehicle.

‘We have today charged a local Reigate man James DAVIES with 6 x assault on police officers and 1 x criminal damage to a motor vehicle.

‘He has been remanded to appear at court tomorrow morning and we will update you further with the result once known.

Great work all round to get a prompt result…..now it’s the courts job to do the rest.’

‘Male attended Magistrates court today after being remanded for assaulting 6 Reigate officers following his arrest for a criminal damage to a motor vehicle in Reigate.

‘On Tuesday 25th September 2018 in Reigate in the county or Surrey assaulted:-

‘PC ARROL-BARKER a constable in the execution of their duty.

‘PC PING a constable in the execution of their duty.

‘PS REYNOLDS a constable in the execution of their duty.

‘PC CARR a constable in the execution of their duty.

‘PS AUSTIN a constable in the execution of their duty.

‘PS HUGHES a constable in the execution of their duty.

‘He has pleaded GUILTY and was subsequently sentenced to……………..26 weeks imprisonment (but sentence suspended for 24 months) and ordered to pay £470 costs.’ 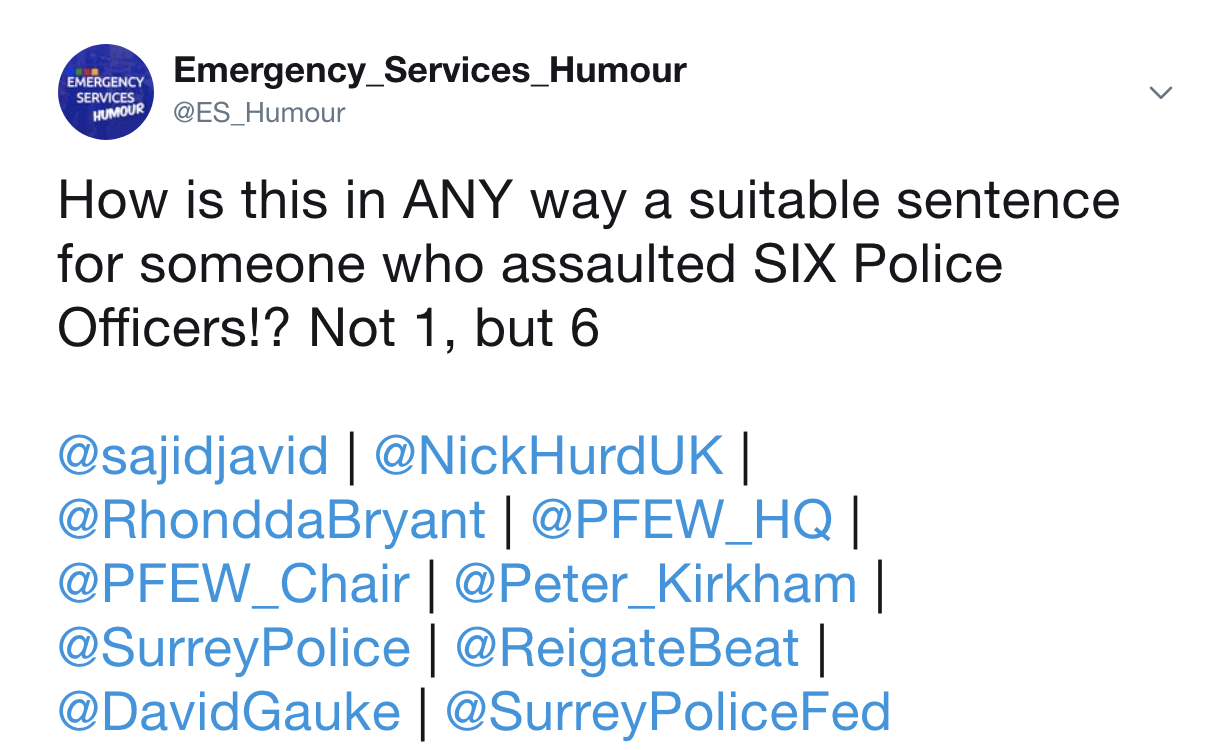 Referring to the incident itself, a previous post shared on the same page said that:

“Officers quickly identified the suspect as a known local ‘gentleman’ with a severe dislike for authority.

“We promptly attended his address and during the arrest an officer was assaulted after being head butted by the male.

“A Taser was then deployed to incapacitate him which had the desired effect, officers then located a knife hidden under the mattress within reach of the male which luckily he wasn’t able to get to during the incident.

“Post arrest, he subsequently started spitting at officers and became violent again so a spit hood was applied along with leg restraints. The male also made numerous threats towards officers and their families.”

Members of the the emergency services, up and down the country, including their supporters, will be shocked that a prison sentence has been suspended considering the circumstances in this particular incident.

The question that will be in the minds of many, is ‘why did he not get sent to prison?’

Many people replied to the post, sharing their shock and outrage at such a lenient sentence being handed down to this violent offender: 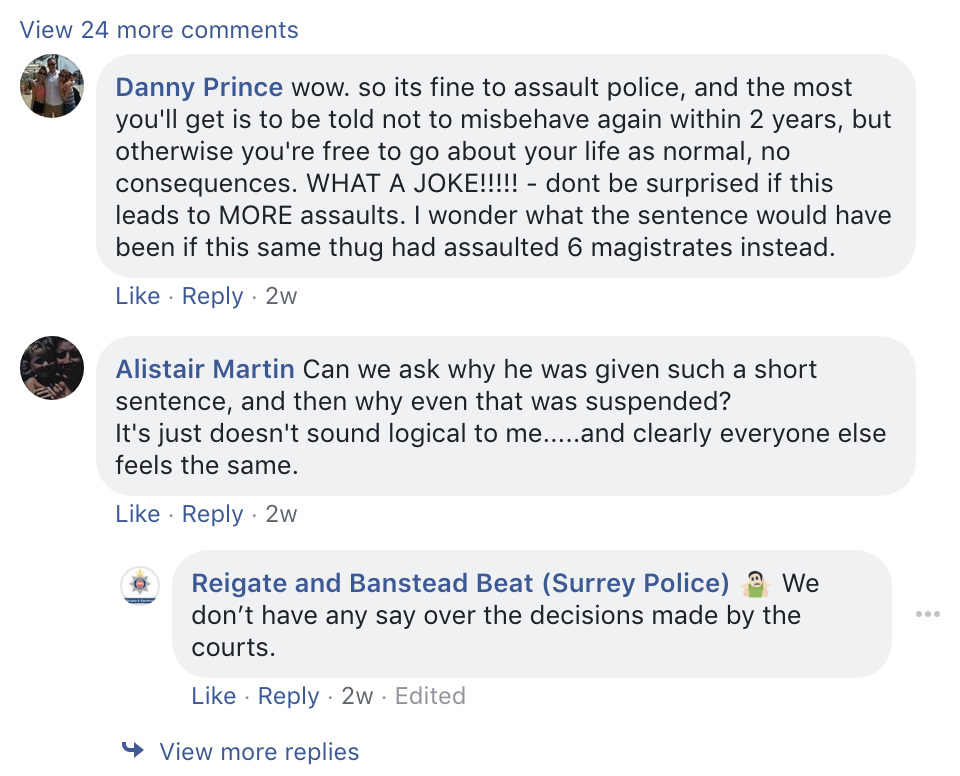